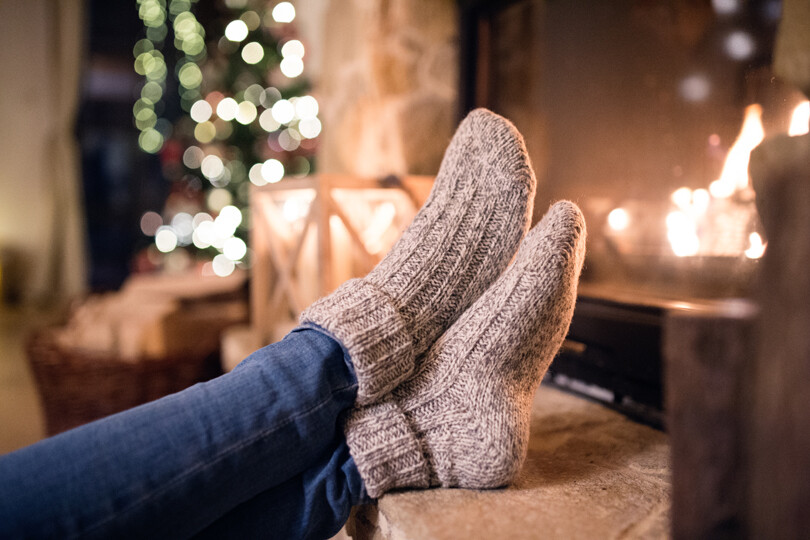 I know that this year is supposed to be different. We’re supposed to be psyched for holiday get-togethers and events while stifling the fear that everything’s about to blow up and get bad again because anxiety is an exercise in preparation, thank you very much. (Don’t argue with me, I’m an expert in in wanting to scream “WHAT IF!” into the sun until I am hoarse.)

So while we all know a million people who are readier than anyone can ever be to head out and socialize and be people once more, some of us also know ourselves. And as such, we know that cancelling or bailing or simply opting out will always feel better than most things. So here’s how to do exactly that, from one sad, tired soul to another.

Say, “Oh, I can’t, I’m sorry!”
Since when do we have to explain the ins and outs of our lives? Why is it the business of a person you’ve met in person three times as to why you won’t be able to attend an event that will inevitably lead to you standing at a high-top table at a rented-out bar, wondering why you thought this would be better than organizing your socks? “Oh, I can’t, I’m sorry!” provides exactly as much truth as you need to give to a person you don’t consider an actual friend. (Your actual friends? Just be honest with them, I beg you. You don’t need to have a strategy to tell your friends that you’d like to stay in. They get it, they love you, it’s fine.) Let your excuse be a mystery.

Say, “I would, but . . .” and immediately vacate the conversation
Because speaking of mysteries, why not follow the wise words of Sarah McLachlan and build one? Then all inquiries as to your absence would look like the following: “Where is so-and-so?” “Oh, I think they’re a spy.” Fantastic. You’re free of all invitations forever, minus whatever society spies belong to. Then you’ll have a lot to explain, unfortunately – but that’s a problem for a little later.

Say, “I’m not allowed”
The greatest sacrifice of adulthood is no longer being able to signal to your parents that you don’t want to go to a thing, and to please forbid you from going to said thing, and could they also say it loud it enough that the person on the other end of the phone can hear you? In eleventh grade, I didn’t want to go to a bush party because I was already very well-aware that I disliked the outdoors, so I asked my mom to ground me. That way, when my friend called to ask if I was going, I could say, “Mom? Can I go out tonight?” she’d yell back, “You’re grounded!” and I’d be free. And I was. So while I know we can all ground ourselves, tossing the idea that our parents still run the show – with our permission – is more than enough to save you from a night of canapes you’re sure aren’t cooked all the way through.

Say, “I don’t believe in the holidays”
. . . While disappearing under a seasonal cape and yelling, “I only believe in magic!” That’s when you disappear, creating the only topic of conversation worth having until early January. Are you a wizard? An illusionist? A magician? An inventor? I once worked with a woman whose boyfriend was the last two, and that’s how a lot of his magic could be explained: he invented contraptions that made it possible. But nobody else needs to know that, especially the person whose party you needn’t attend.

Say, “I am Santa Claus”
There are two ways this will work in the way in which it was designed: true, the existence of Santa Claus may be a hotly contested topic that most of us believe has been long solved, but also it may not be solved, because who knows what is real anymore (not me). So, this excuse plays into the “what if?” that Elf outlined perfectly. What if there really is a Santa and what if it is you, and what if you go to this party and Christmas is ruined for everybody? Exactly. You don’t make the rules, you just invent them.

Secondly, it’s the most honest answer there is, minus “I don’t want to go” spoken directly. Why? Because it’s merely another version of, “I don’t want to go.” Really? You’re Santa Claus? That’s how desperate you are to get out of going to this thing that starts at 9 p.m. and features a red carpet for people you don’t know because you’ve stopped paying attention to most current events? That’s how little you can be bothered? Santa? Honestly? Okay, fine. Sure.

But then again, they may think, that’s something Santa Claus would say. And the wheels of doubt would begin again, and by the time they could check, you’re already in your home, watching Succession, and texting your good and best friends about coming over tomorrow. Or not. I don’t know you. But I do know that I am very tired amidst a million other feelings, and while I thank you very much for the party invite, I have to solve a mystery.