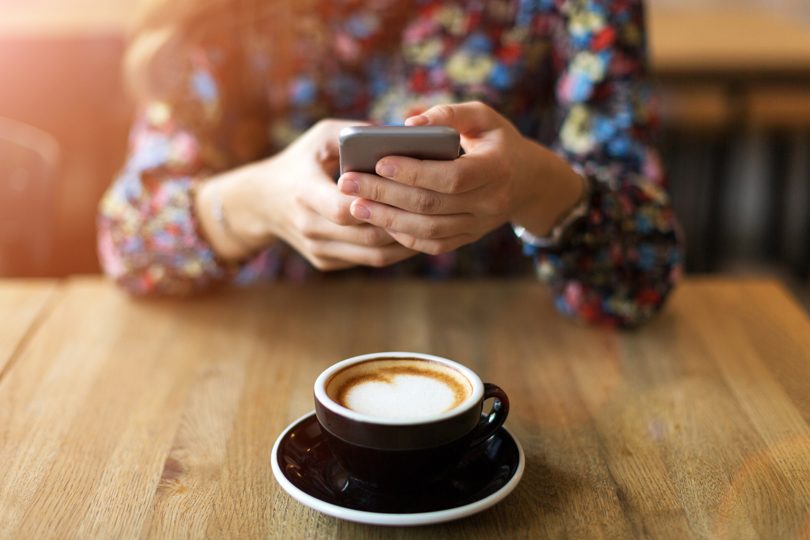 At some point last year, I started to realize I’d developed a habit: in order to impress (or intimidate) someone I knew, I doubled down on Instagram in an attempt to paint my life as something more interesting than it actually is.

Which, like, welcome to social media. Nothing is new about the revelation that who we are online doesn’t translate into the real world, and if we’ve been sold the belief that if we were to actually post about the ins-and-outs of our day-to-day lives, our followers and friends would pass out in boredom and the app would combust. And it’s not like this started with Instagram or even Facebook. MySpace was built on the same ethos, in MSN we used our names/away messages to post song lyrics to make ourselves seem deep and cool, and circa ICQ and Geocities, we threw as much as we could at our info boxes and blank webpages as a means of cultivating personas we wish we had. (I built an Empire Records-themed Geocities and reader, it was as stunning as it was very sad.)

But nearly two decades is a long time to exercise one’s performative self. And the truth is I’m tired. I’m lazy. And I don’t have it in me to do anything but scroll and repost and toss up a photo of something that made me happy or not toss anything up at all. I also don’t have it in me to split myself into two versions; to be one person around the people I know and the other person around those who think they know me. Especially since more and more, that second, oh-so-curated version of me is quite flat and two dimensional. Frankly, at this point, she’s not even trying. Because at some point over the last year I’ve morphed into a 30-something-year-old self who wants to treat Instagram like a Tumblr account. Here is a photo of me and my pals. But also here is a screencap of Freaks and Geeks. I contain multitudes, blah, blah, blah, but also I just really like this shit.

And when I tend to perform on Instagram, it feels like too much. When I over-analyze my own feed to decipher whether something reads as boring or interesting or a unique combination of both, it’s not only a buzzkill but a waste of my energy and time. When I pour over who liked what and why didn’t that guy I like comment on my photo and why hasn’t so-and-so seen my story, I can feel time slipping away from me. And then I feel even more time escape when I go bananas on follow-up Instagram stories while promising myself that maybe he’ll notice this one or say this thing or maybe I should delete whatever because it’s a little too vulnerable even though it’s a Sabrina the Teenage Witch gif. And while social media is largely built on how well you’re living, to split yourself into the real vs. manicured self is not a sign of living well at all. Especially since we, as people, are all disasters, and we know we’re disasters, and we know everyone around us is a disaster too. This is not a secret: most of us are trying very hard just to get through the day sometimes. Why not just embrace it? Post it? Or not post at all if you’re like, “Meh, no thank you”? I want to see my pals doing what they want and posting the shit they love and celebrating what makes them happy and condemning what makes them want to scream into the night. I want to see my pals as my pals! And I want them to see me as the same.

So the performativity on my end has, well, stopped. I will never win someone’s heart via my Instagram feed. My friends will never text me saying, “Oh wow, I had no idea that you were actually cool! This changes everything!” upon seeing that I was at a particular place. An editor will never give me a job because I made it seem like I was go, go, go when in reality I spent at least 20 minutes staring blankly outside, wondering what I was going to eat for lunch. (Yesterday I had a sub.) I will never feel better about my own life and my own choices by exhibiting my alternative self who seems much more confident and sure of herself than she is. But what has started to make me feel better is doing whatever I want. Posting what I want. Liking what I want. Leaving my phone in my coat or busting it out to celebrate a fun, cool thing (or hilarious thing my friend just did). I watch my friends’ stories and comment like a gentle stalker, telling them how much I love a thing or that whatever-they-talking-about sounds intense and are they fine. I’ve started to treat Instagram the way I did my school locker, tossing what I like and love up for everyone to see, then maybe neglecting it for a while before I realize it smells too strongly like Calgon and there isn’t enough Titanic.

Will I go down the rabbit hole again? Oh, I’m absolutely sure I will because I’m me, who, despite her best judgement, will always end up paying a visit to habitual behavior for at least a day or two. But right now, shelving the second version of me has felt very nice. Especially since I’m too tuckered out to keep lifting her off and on the shelf whenever I’m obsessed with seeming better than I am.