All Your Holiday Party Dilemmas Solved

by Courtney Hardwick
Wellness
No comments

The holiday party season is fast approaching. Elana Kochman, pro party planner and co-owner of catering company Toben Food by Design, gave us some tips on how to get through some of those little hiccups that threaten to dampen the holiday spirit.

What if one (or several) of your guests have decided to try out veganism? Elana advocates always being prepared. “ I think in general, people should always have at least a vegetarian alternative available. These days you can’t rely on the entire guest count, no matter how big or small, just solely eating meat, or fish for that matter. There is no safe bet. People think that chicken is a safe bet. Or beef is a safe bet. But you never know,” says Elana.

What about simply asking people about any diet particulars before the party? Elana says “sometimes people don’t want to contact their guests in advance. They might think it’s tacky. It’s not. It probably saves you a lot of aggravation on the night of. I would say to at least try to contact them in advance, but if you don’t want to just try to plan a vegetarian, maybe even a vegan, alternative. Maybe some sort of great quinoa, you could even have it as an accompaniment to the main dish, so then you aren’t doing something totally separate for these guests, and it’s something that is mixed in what you’re doing for everyone.”

A Guest Has Too Much to Drink

Holiday parties tend to involve a few cocktails, so what do you do if someone goes overboard? “Set the tone from the beginning. Have people cab there. Have cabs numbers available. Have them drop their keys. If someone really has had too much to drink, just take their keys away from them, you don’t need to do that at the beginning of the night, but certainly more towards the end.”

Keeping an eye on people’s drink consumption, and offering snacks throughout the night are also essential, especially if it’s an open bar. “Bar snacks, maybe come out later on with grilled cheese or something a little heavier to soak up the drinks,” suggests Elana.

Elana points out, “we are always our toughest critic. Before you throw it out, enlist the help of another guest and get another opinion on it. There are certain ways to salvage something that isn’t properly seasoned. Something that’s burnt is very tough, I would say maybe just try to have more than one main. So you aren’t reliant on the one dish coming out perfectly. Also, try to make something that you know you can do in your sleep.”

But sometimes, a dish is just too far gone to save and Elana suggests the old standby. “If it does burn and it’s not salvageable, order delivery. Gourmet pizza, Chinese, always have a couple great take-out numbers on hand, because you just never know.”

An Extra Guest (or 2) Shows Up

What if one of your guests decides to bring a date and letting you know just ‘slips her mind’? This should be the least of your worries if you follow Elana’s advice. “Don’t prepare to the person. You should plan for extra, because you want everything to look plentiful. In general, try to have 15-20% more food than is needed, because you never know what might happen. Also, you might want to send some guests home with goody bags, so extra food is never a bad thing. Everyone loves having leftovers for lunch the next day.”

Also, consider confirming the guest count a day or two before the party, so unexpected party crashers are less likely to happen.

Someone Brings a Kid (to an Adult-Only Party)

Sometimes even when you stress the “adult nature” of your party, people still show up with their kids in tow. “What can you do? Look for a colouring book or something else to keep the child occupied during dinner. Kids, at least well behaved ones, are usually pretty easily entertained. Set them up in room with a TV and put on a holiday movie,” Elana suggests.

If you have a feeling a babysitter might cancel at the last minute, add a couple kid-friendly items to the menu, such as sliders and French fries, or tacos.

Two Guests Don’t Get Along

The holidays have a way of bringing together people who would normally prefer to never see each other. Elana says, “Placement is key. If you have to have a sit down dinner, or even a buffet dinner, try to sit them separately. Use place cards and seat them apart or with people they do get along with.”

Or avoid the sit down thing altogether. “Go for something more social, that’s not going to force them to be in the same room. Maybe a cocktail party, where there are lots of guests around and they’re not forced to just talk to each other,” suggests Elana. 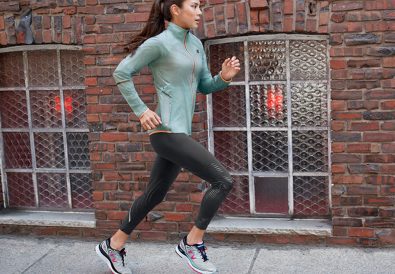 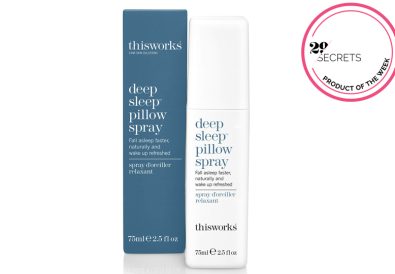 Product Of The Week: This Works Deep Sleep Pillow Spray

“Healthy” Foods That Can Make You Pack on the Pounds