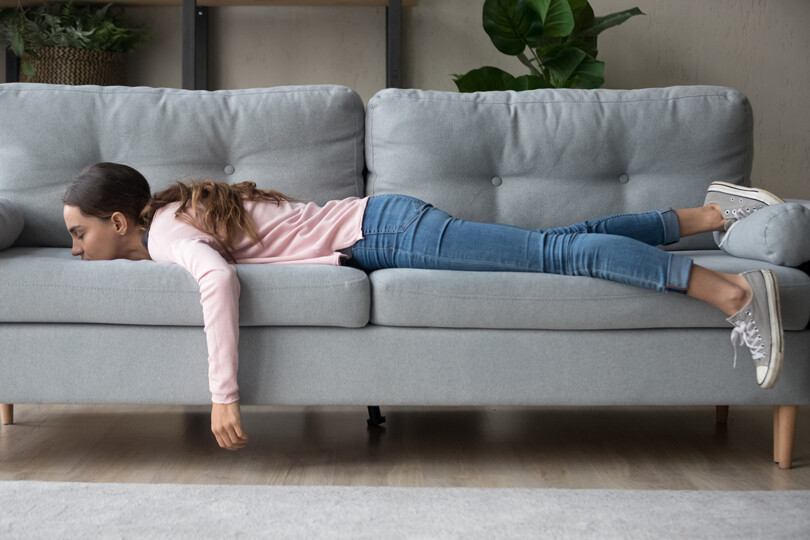 Now going into week seven, quarantine has evolved from a shocking development in our day-to-day lives to the most boring and mundane and psyche-breaking normal of all. (The other day I had to buy a folder for my tax appointment. And reader, I was so excited. Something new!)

And with every tweet or post about Animal Crossing and its corresponding Nintendo system, the more I want to be reunited with the items from my past that I know would absolutely not go to waste should they find themselves resurrected in 2020. So because I have nothing but time to think and romanticize technologies and novelties I wasn’t old enough to even by, I have made a list of the things that would make this strange, uncertain time 0.005% better. (Or, if we’re talking about inflatable furniture, 75% better, who are we kidding.)

Inflatable furniture
I look at the real furniture I’m surrounded by and I feel sick. What is this? Why is this? There’s a reason teen-centric TV shows didn’t feature “real” couches and that’s because they were and are boring as hell. Inflatable, however? You feel like you’re in a pool. You choose – and then are stuck in – one position because otherwise you will bounce off, thus teaching you the art of commitment. Tired of the way it looks? Let the air out and wrap yourself in it as if to swaddle yourself in a sharp and not-at-all warm blanket. Then, get an inflatable palm tree. Because those are absolutely fucking sick.

PlayStation
The original. I am talking about the first (and maybe) second one(s) only, where the two games that mattered were Crash Bandicoot and Twisted Metal. Between you and I, I’m afraid of most of video game systems, but I will never in my heart forget the joy of babysitting a kid around the corner who’d let me play Crash while we ate cookies until his mom came home from work. Sometimes we’d also get to order pizza, which cements this moment in time as one I was too stupid to appreciate because nothing would ever be so fun or easy again.

Nintendo64
I played Golden Eye but I didn’t understand it. At least not in the same way I understood Mario Kart, and how I had to absolutely obliterate my friend whose system we were using. Why? Because she’d get disproportionately angry when I won, and it made me laugh. Does this make me cruel? Yes, probably. But she also used to make fun of the way I played basketball in front of the boy I liked, so sometimes retribution is called for.

A Furby
I want a Furby. Maybe it’s Hidden Gems. Maybe it’s because I follow too many novelty nineties Instagram accounts. Maybe I want to see the way my cat interacts with it. But I want one all the same. Especially since I could leave it around my familial home and make it the Elf on the Shelf of spring and summer. Furby is always watching us, but lord knows to whom he relays his information.

The original Sims
And while we’re here, the original Roller Coaster Tycoon as well. Here’s the thing about video games and computer games and technology: I do not want it to look good. I want my Simsto burst into flames for no reason, and I want my roller coasters to look two-dimensional while somehow crashing into the sea. I want to escape my reality, not find myself in one that looks layered and textured and complex and more realistic than the one I’m in. Let me clean up the garbage and amusement park excrement. Let me be the worst master of the universe to have ever been born.

Nano Babies/Tamagotchi
I know they’re back, but I was foolish enough not to buy one before the world shut down and now I’m stuck looking at my pet cat, wondering why he’s so self-sufficient. Would my digital children likely die? Oh, absolutely – because after my initial obsession of keeping these things alive, I used to check out completely until I found one in a drawer, its battery dead, yet somehow still asking me “Why?” Which, of course, would start the cycle all over again. And since my nights consist now of either reading or watching Real Housewives while shopping online (read: putting items in a cart and then forgetting them), I deserve a distraction. We all do. We’re regressing into wee baby teens, after all.

Pogs
You laugh. You roll your eyes. You judge. But imagine how quickly time would pass if you and your roommates/family/pets engaged in the type of competition that ruined friendships and turned classmates into the most hardcore of enemies. This is how The Purge really begins.

My Spice Girls scrapbook
This is just a call for my old Spice Girls scrapbook I donated and/or threw away in 1999. I want it back. Did you take it? Do you have it? Did somebody pluck it off the shelves at Value Village and give it to you? I would like it back, please. I have updated to add and photographs to recreate. I spent hundreds of dollars on Chupa Chips and chocolate bars and those packets of stickers that always had the same six. I created art. I want to create art again. Please, give me back my Spice Girls scrapbook. I want to feel creative again.

That said, I can offer you only one reward: bragging rights that you once held my Spice Girls scrapbook.