I'm not afraid of confrontation if I don't know you. If you're a stranger, and I think you're wrong, you will know how wrong I think you are because I will be yelling my point in a very loud and gesticulated way, and you will probably be yelling back. (Or not! Maybe you will be standing there in shock.)

But if I do know you, it's a different story. That's when it gets complicated. If we're friends, I won't want to hurt your feelings. If we're professionals, I won't want to shoot myself in the foot. If you're a guy and I have a crush on you… actually, oddly, I have no problem telling them that they're wrong, either. But the above two, yikes.

That's why I've learned — or why I've tried to — walk away before I take things a little too far. On one of my best friend's birthday one year, we disagreed over something that didn't entirely matter, but I took it as my cue to start a fight. And that's when I yelled at her in front of a Bath & Body Works (and why we didn't talk for a few months after — because I thought she was wrong). (She was right, by the way, which was even worse.)

So here are my tips for walking away before you start yelling at the moon (or a best pal in the middle of the mall). Sometimes you are right. Most of the time, the other person is wrong. All the time, sometimes you have to accept that you're not going to "win" and it's time to duck out and save yourself no less than 24 hours of residual insanity.

Missy Elliott said it best: is it worth it? (Let me work it.) But really, is it? I've been in heated discussions over everything from movie stars to TV shot plots, and while I was right every time (because I am right about everything all the time, obviously), I don't think yelling over who starred in Clueless-the-TV show was entirely worth it. (Mostly because I can't even remember who it is/was now.) But is the argument about something big? Human rights? Equality? Are you witnessing an injustice? Then by all means, go to town. It may not end the way you want it to (see: I got in a yelling match with some guy I'd never met when I saw him taking an Instagram of a homeless person because said guy as a total prick — and then my friend guided me into a building because the only winner was anybody who was watching), but at least it's about something that matters. So let's start there.

2. ASK: Do you care what this person thinks of you?

Well? Do you? If you honestly don't care about this relationship, then have at it. Say what you want. Go for it. Engage. (And enjoy it!) But if you do care — or if you're in a position where you can't truthfully hand out your opinion (see: maybe you need your job and this person is your boss), take a step back. Like, literally. You don't have to back down (because honestly if you're up against somebody who's sexist/homophobic/racist/terrible, you don't want to give in and say, "Nah — you're right!"), but a solid, "Well… I don't know what else to say" or "Well we're clearly not going to agree" is usually enough to put the conversation to bed before you make your exit. Then, make it. Make it, and vent to a trusted source and judge the person you were just arguing with accordingly.

3. FIGURE OUT: How to exit, though

Yeah, I kind of glossed over that part. How do you ACTUALLY say a thing and make an exit without a nuclear explosion-equivalent going down at whatever venue you happen to be in? It's not easy, especially if who you're arguing with is so wrong that you want to set fire to their office chair just to make them stop talking. (They're not in it, don't worry.) My favourite shut-down? "Educate yourself," which tends to end most arguments effectively while also getting some sort of upper hand. Other options:

"Well we're all entitled to our opinions." (And yours is wrong.)

"Alright, that's enough." (Because otherwise I will scream at the moon.)

"Okay." (This is actually just terrifying because it involves a stone cold stare and nothing else.)

Or any other way you know how to say something is over without screaming within an inch of the other person's face.

Ultimately, what sucks is that, if it's a one-off argument/disagreement/conversation, it's hard to bring real, concrete points to light because the other person has no interest in listening at all. And if they have no interest in listening, you might as well be arguing with a statue. But that doesn't mean said statue should be given up on. That's why there's the clincher. The phrase that can and will offer a get out of jail card. The simple, "If you actually want to have a conversation about this, let me know."

And even if they don't take you up on this, the look of "Wait, what?!" you will have as part of your memory is worth almost all of it. Almost. (Just please don't yell at anybody for no reason in front of Bath & Body Works.) 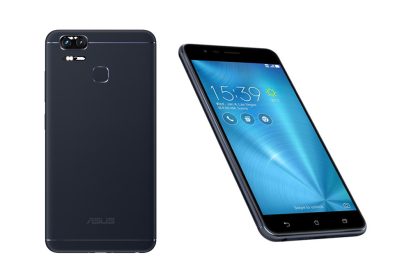