Would You Wear It? Fringe 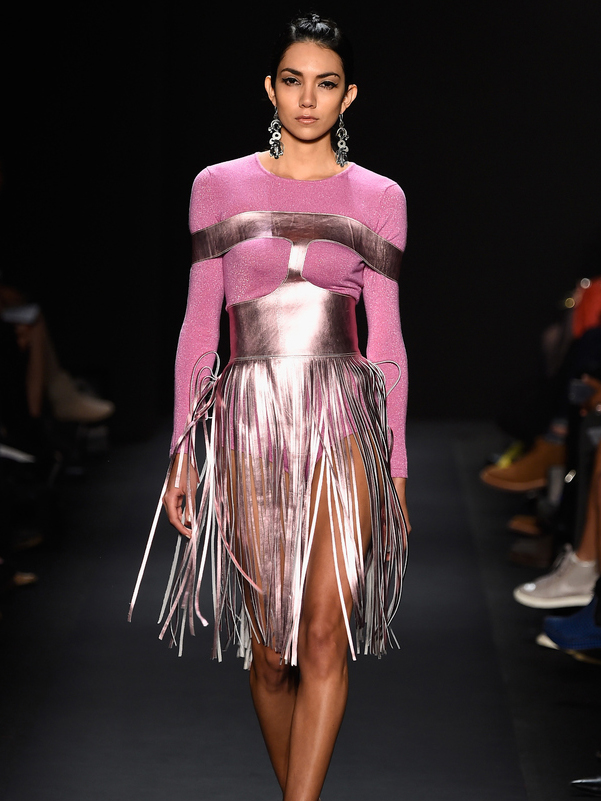 New York Fashion Week is over which means — now, weeks away from spring — we're re-focused on what really matters: fall.

And why wouldn't we be? Sure, spring brings florals, brights, and an absence of Mars-like temperatures (seriously), but F/W 2015 delivers . . . fringe. Fringe like a bohemian cowboy. Fringe, like a space-dwelling, Electric Circus-frequenting cowboy. Here, in 2015.

So let's talk about it. Mongol took my above description to heart (what is up, metallics) while BCBGMAXAZRIA, Sally LaPointe, and Timo Weiland all brought the twenties back into the mix with long hems and fine fringe. 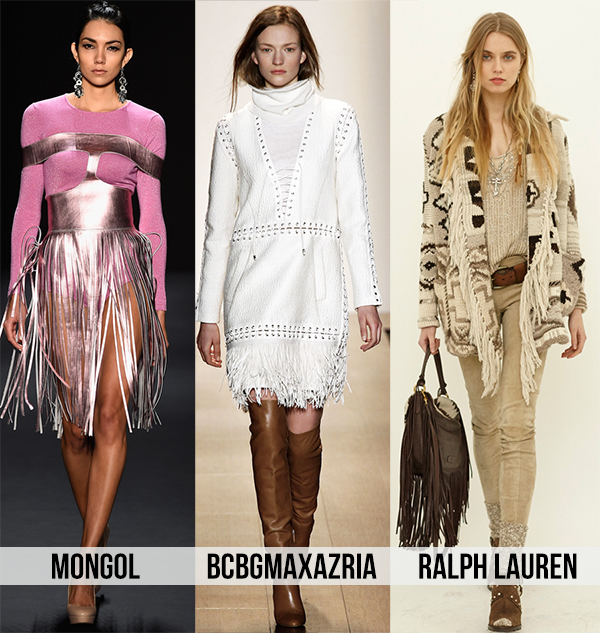 But it doesn't stop there. (So don't even try.) Because no decade is worthier of a comeback than the others (except for the 1980s — I'm sorry, but a lot happened in that decade that we probably don't need to talk about ever again), the seventies have returned for a comeback — this time in collections by the likes of Tracy Reese, A Detacher, and Ralph Lauren Polo who fringed up ponchos for a scene right out of what I hope we'll be seeing on the new season of Mad Men in April. (You guys saw the preview, right? Holy shit.)

Fringe: not just a British word for bangs anymore.

So would I wear it?

You'd be out of your mind to think I'd have anything negative to say about fringe at all. First, fringe takes the least amount of commitment in terms of trend-investing. (It will always come back, it has always lingered, and it can add some much-needed interest to an otherwise beige-seeming outfit.) Second, as mentioned, it's entirely inclusive. You can wear it to work. You can wear it out. You don't have to have a certain body type or aesthetic or anything to carry off fringe. (Even Mongol's futuristic style is for everybody.) Our moms have worn fringe, we can wear fringe — and while I personally can't move away from the Laurel Canyon look fast enough (I'm sorry, you guys, but it's true: I'm terrible), fringe is the safe, accessible middle-ground: it's summer enough, desert enough, and seventies enough that even if you're not partial to playing dress up, you're participating in a seasonal vibe.

You can make a statement without MAKING A STATEMENT. Like I just did there. Or like I intend to with finding fringe that's both on a vest and made of gold tinsel. 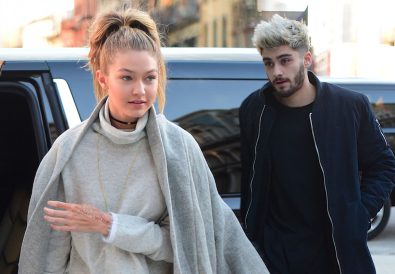 Introducing White Into Your Wardrobe