It came, it saw, it conquered. Yes, the 2000s are officially officially over, and with their end came some of the worst trends in recent memory. Of course, we say that at the end of every era, but because we’ve officially broken free from the aftermath of Y2K, it’s time to reminisce over where we went terribly, terrible wrong in the world of fashion.

Bump It
Perhaps it was Snooki or the affinity for the modern female mullet of the mid-2000s, but when party at the top and business in the back made its encore at the later half of our former decade, stylists and Jersey Shore haters felt only inclined to weep.  Suddenly, nightclubs were a-twitter with volume and weird, plastic additions, while the supermarket was suddenly filled with the combination of French manicures and awkward low-yet-burgeoning ponytails. Behold: one of our darkest hours.

Velour
Worn by Julie Cooper and Paris Hilton, velour tracksuits took the world by storm in the early 2000s, only to be overdone in the most tragic sense following their introduction into the mainstream. (Read: they weren’t just for spoiled rich brats anymore.) Unflattering, cheap, boasting words on the caboose, nothing said please, make it stop like the mix of bright pink polyester-blend and running shoes.

Statement Bags
Now before you hurl your Birken at the computer screen, let me explain: for those of you with a designer handbag that’s understated yet recognizable, you are exempt. For those of you with Jessica Simpson-inspired Louis Vuitton clutches and Coach purses covered in Cs, I apologize. But by the later half of 2010, the last thing anyone wanted to be was obvious, and like the outplayed, outdone, Labels and Love Fergie song, to boast one’s money via logos and stereotypes was to boast one’s serious lack of fashion skills. (Seriously “ it’s like the GAP hoodies, but a hundred times worse.)

Ill-fitting Yoga Pants
Despite what you may think, it’s not Lululemon’s fault that their workout attire was taken out of context and paired with Ugg boots (we’ll get to those in a minute) and crop tops in public settings. Sure, their pants may be comfortable and yes, in a gym setting, they’re better than chocolate-chocolate-caramel cake, but when schools and malls were filled with the sights of rears that should otherwise go unseen (read: all of them “ it is never okay to show off your bum like that), the gods of yoga studios wept.

Ugg Boots
Yes, they’re comfortable. Yes, they’re . . . right, that’s the only argument, isn’t it? Well, for the millionth time, so are men’s oversize pyjama pants “ but you don’t go out to work/school/the mall/restaurants in those, do you? (Answer: never.)

Super Low Rise Jeans
After nearly a decade, it’s over. Those of us with bodies slightly above double zero can finally put on pants with pride, sit down with confidence and breathe a sigh of relief that the days of revealing your ass-ets (ha “ get it?) have finally come to a close. No more must we gaze upon our neighbour’s thong while being forced to conceal stomachs through bulky sweatshirts or empire waists. Yes, friends, clothes fit again as the likes of super-lowrise fall to the wayside, leaving only high-rise waists and defined silhouettes in their wake. Behold: the dawn of a new day. 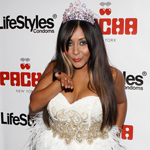 Related Content:
– When Bad Fashion Happens to Good People
– 5 Fashion Myths, Busted!
– A Look Ahead to the Biggest Fashion and Beauty Trends of 2011 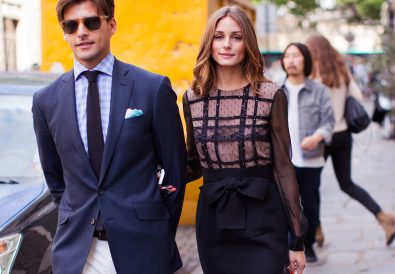 The Top 10 Most Stylish Celebrity Couples 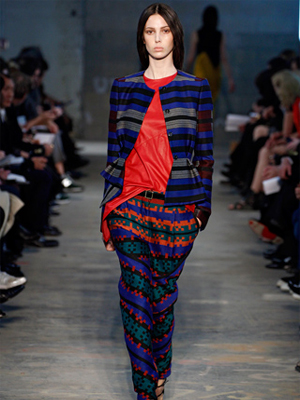