Although the fall 2013 runway shows seem to be a distant, yet notable memory, begin implementing these top fashion week trends into your Autumnal wardrobes to curate a closet rich in directional design. The runways were rife with designers dabbling in fresh and fabulous new styles for fall to present a trend-filled crop of collections this season. Whether prettying up in plaid or bringing the boudoir outside, fall is filled with trends worth trying.

From New York to Paris, here’s your all access pass to the top 10 fall 2013 trends you’ll be wearing this season.

Camo has invaded fall fashion to enlist a new wave of commander-in-chic recruits from Michael Kors to Christopher Kane. Anything but discreet, this military-inspired print is one commanding attention in a major way for fall 2013. Whether in literal or abstract interpretations, camouflage is dominating both on and off the runways for an authoritative parade of chic civilians. Work this militia garb into your wardrobe by pairing it as a neutral – think of it as the leopard print 2.0 – and fall in-line with an army attitude.

The saying is true, no fowl play here folks! Birds of a feather fiercely flocked together to bring you the plush plumes of Gucci, Dries Van Noten and Proenza Schouler. Take on the dramatic volume of this trend to give new meaning to the term “fly girl” and let your style soar. Opt for light and airy, finely feather pieces to update the season’s staples, trimming coats and covering cocktail dresses for bold beauty. Go ahead, don’t be chicken.

From red checks, to green, blue and black tartans, everyone went mad for plaid during the fall fashion week shows. But instead of travelling down the grunge route, designers like Stella McCartney, Celine and Marc by Marc Jacobs opted to stay within the traditional clan of Scottish tartan. Few patterns are as ubiquitous as this one is season after season, and none other has the ability to coolly clash with a combination of preppy sophistication and punk edge. Perhaps it’s because this print has embodied every era and can be spotted throughout time on schoolgirl uniforms to rock ‘n’ roll bands as this pattern will always be slightly seductive. While there were tons on Nirvana-inspired interpretations to follow suit in, test-drive the classic and demure tartan trend without the slightest hint of the 90s.

Walking in a winter wonderland was the theme at the shows of Valentino, Celine and Mulberry, as they sent a flurry of fresh-feeling head-to-toe white looks down the runway. Even without the snow designers were able to channel an ethereal and mythical snow queen using cool combinations and varying shades of stark, ivory and cream. Tackle this trend by reaching for cozy textiles like cashmere, flannel, silk and leather to heat up this icy, Arctic shade for fall. From fluffy white furs to ladylike separates and the little white dress, saying so long to the winter blues is as easy as inviting this instant pick-me-up palette into the mix this season.

Get ahead of the curve just as designers like Proenza Schouler, Altuzarra and Alexander Wang did with their architectural couture creations in an ode to Cristobal Balenciaga’s oversized cuts established in the 30s. Think big, as the strongest silhouette of the season is the rounded, oversized shoulder. Refreshing and equal parts retro, designers revisit the past where structure and sophistication ring true to this trend for new, modern shoulder shapes. Presented mostly in the form of tailored toppers, the fashion-forward set can experiment with sporty-sleeve sweatshirts, cocoon coats and cocktail dresses for fall.

Fall just got a little hotter as this next tantalizing trend brings sexy back while bringing the boudoir outside. Those naughty but nice negligees are no longer reserved for behind closed doors as lingerie-inspired sets strutted their stuff down the runways of Nina Ricci and Louis Vuitton. Don your own boudoir belle look with playful and provocative pyjama-like frocks, sultry spaghetti straps and ornate organza slips to give bedtime dressing the decadent and glamourous treatment. Luxurious lace, silky robes and coquettish corsets also play the part of boudoir basics to take out on the town.

Despite its not-so-cool reputation, the turtleneck is one of the most wearable trends of 2013 and has designers like Victoria Beckham, Donna Karan and J.Crew remixing these slim-fitting sweaters with a high neck to create something everyone will want to wear. After all, pre-fall is sweater weather. This season they come paired with refined skirts, ladylike trousers and are worn under plunging deep v-necklines. To achieve the seasonal appropriate layered mix, wear a chunky multi-ply style or a draped, slouchy version underneath a personality-packing coat for bundled up drama.

Armour up with the season’s medieval-inspired metallic mesh trend as seen on the runways of Chloe, Anthony Vaccarello and Paco Rabanne. A far cry from the middle ages, this trend is worthy of a fierce warrior princess capable of holding her own. With a glint of lustrous shine here and a touch of shimmer there, this delicately woven detail won’t weigh your look down. Instead, with elusive hints of skin subtly revealing parts of the body, metallic mesh and chain mail inspired panels make for elegant eveningwear this season.

Many of this season’s runway looks were borrowed from the boys, but it’s the traditionally tailored mafia-inspired suiting that makes dressing like a dude badass for fall. Be prepared to reach into your boyfriend’s closet and even your dad’s to recreate the gangster squad scene spotted at Yohji Yamamoto, Stella McCartney and Maison Martin Margiela. Reminiscent of the jazz age in the roaring 20s and those worn in F. Scott Fitzgerald’s The Great Gatsby, these Mafioso suits pack a punch with their oversized proportions and pin-striped styles. Keep the feminine mystique alive with deep, plunging necklines, draped, slouchy trousers and an androgynous attitude.

The fall 2013 collection were in stitches as designers like Jen Kao, Helmut Lang and Loewe showcased multi-patterned patchwork and fabric blocking creations to play the part of DJ except with fabric. Piecing together a clash of textures, colours and shapes, this crafty technique has been transformed into works of textures separates for wearable art. Half and half fabrics like abstract leather panels on wool, silk sleeves on sumptuous suede and tufts of fur make a standout statement to set you apart from the crowd. 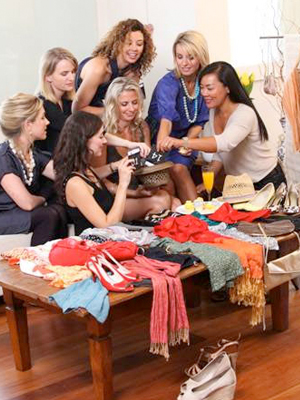 How to Host a Clothing Swap 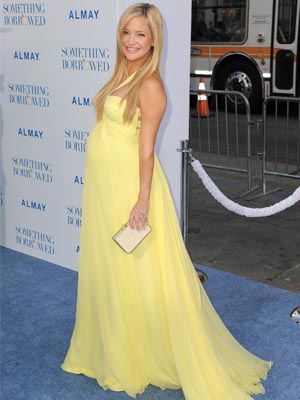