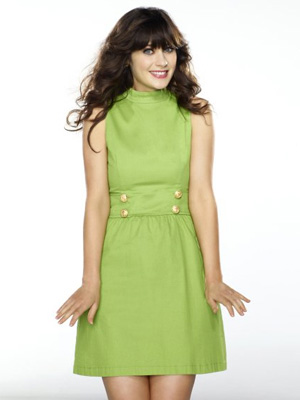 The looks that help justify staying in for the night

Fall TV is mere weeks away, and since fictionalized comedic and dramatic adventures can’t come soon enough, we’ve gone through some of our favourite (and soon-to-be-favourite) television shows to explore the fashion behind the upcoming season. Just don’t blame us when you don’t know whether to watch Comedy Thursday and to go out to show off your new threads.

‘New Girl’
Between Our Idiot Brother and She & Him, most of us are more than familiar with Zooey Deschanel’s indie-inspired wardrobe of tights, dresses and super-60s style. Luckily, fans of Ms. Deschanel will be treated to her typical aesthetic in the upcoming ‘New Girl’, but with more of a nerd-chic vibe (as proven by the preview’s liberal use of thick-framed glasses). Defined by button-ups, A-line dresses and even overalls, to make character Jessica Day’s your own, adopt her playful, vintage looks also showcased by Marc Jacobs and Banana Republic, with classic, well-tailored pieces that you can dress up with heels, accessories and coloured tights. 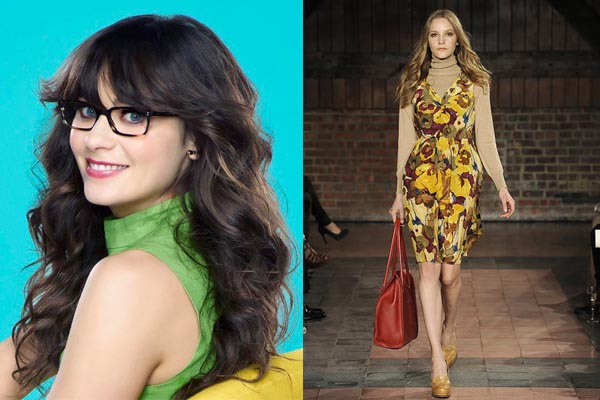 ‘Parks and Recreation’
Between Amy Poehler, Aubrey Plaza and Rashida Jones, nearly all aspects of fashion are represented in Pawnee, Indiana “ especially if your usual setting is the office or the boardroom. Using Leslie Knope as the poster girl for the return of gentlemen-wear, her combination of blazers, pleated trousers and button-ups attest to the fall collection of Ralph Lauren, while Ann Perkin’s casual style keeps in-step with the GAP and its affinity for striped sweaters, denim and dark-toned eveningwear. 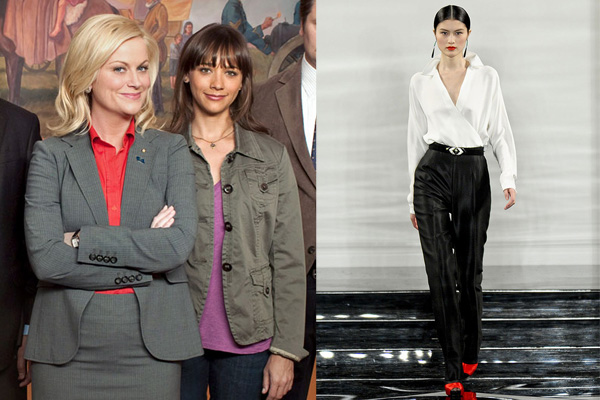 ‘Pan Am’
As if our 60s obsession needed fuelling, ‘Pan Am’ has yet again romanticized the new golden age, with chic, colourful pieces helping set the tone of what looks to be a remarkable series. Thanks to big hair and bold colours, the crisp, tailored outfits that we first encountered in Mad Men’s first season have returned to the fashion it-list, with lines like Burberry capitalizing on the structured looks pioneered by our grandmothers. Luckily, by embracing high waisted skirts, well-fitted sweaters and prints like polka dot, you need not take to the skies: you need only pick up a few pieces. 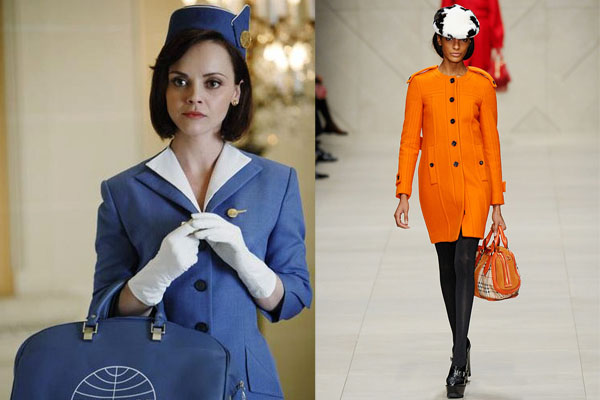 ‘Hart of Dixie’
For those of us who’ve never forgotten Summer Roberts, Rachel Bilson’s turn as the reluctant Southerner is the perfect opportunity to see what would’ve happened had Ryan, Seth and Summer not gone their separate ways. With her ombre waves, pleated 70s-inspired pants and business casual aesthetic, Dr. Zoe Hart proves that to be young and professional you need not toss fashion out the window. And with short skirts, heels and oversize sweaters (all staples of chains like Top Shop and H&M) making up her fashion spectrum, the border between day-and-night can become happily blurred. 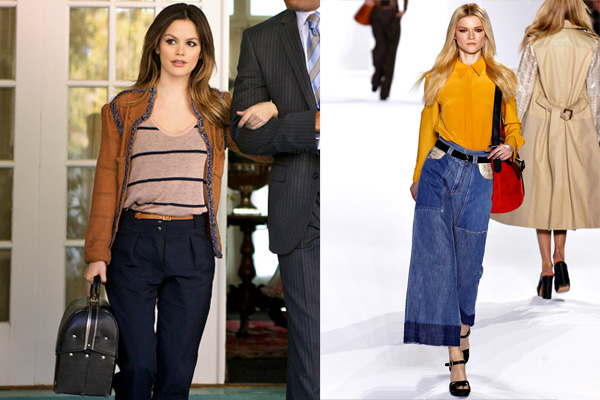