Is the Boyfriend Blazer Over? 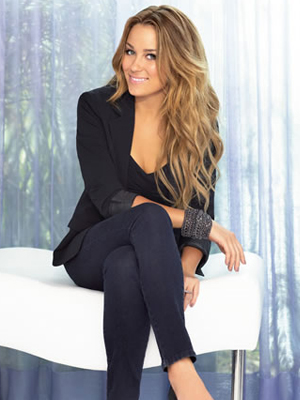 With every season comes the risk of wardrobe overhauls. And while we once thought flared jeans, jeggings and pointy-toed stilettos were immune to the flightiness of the fashion industry, just a look at the year’s style landscape (and comparisons to The Devil Wears Prada) will set your mind straight. And in celebration of seasonal evolution, we reflect on the boyfriend blazer and whether it’s run its course.

Thanks to the likes of Calvin Klein and Michael Kors, spring 2011 calls for a return to the power suit dynamic of the late 1980s, and while the boyfriend blazer long provided the perfect way to tie an outfit together, wearing a two-piece ensemble has replaced the casual aesthetic of last year’s blazers. Pajama suits, belted jackets and the androgynous effect of gentleman looks have nudged out the staple pioneered by Lauren Conrad, and while you can still pair it with a tube dress or shorts and tights, the boyfriend blazer as a focus is no more. 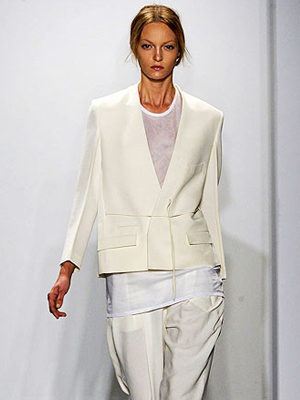 Speaking of gentlemen wear, designers like Jason Wu re-introduced a tailored, gender-bending take on spring collections, so while the boyfriend blazer amped up the androgyny of 2010, 2011’s seen a full-on revival. Now worn with a buttoned-up blouse, pleated pants or oxford shoes, the combination of jeggings, a t-shirt and heels is no longer the go-to for blazers of any kind. And while you may be hesitant to toss an item you undoubtedly invested in, consider pairing it with a crisp white blouse (buttoned fully) and a pair of trouser shorts over jeans and a v-neck. 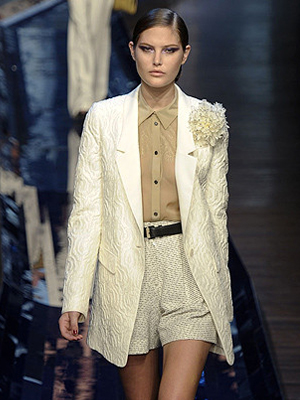 Thanks to the likes of white leather jackets and the affinity for denim, boyfriend blazers have fallen another rung since a bolder, more fashion-forward statement can be made with a dynamic, more enduring topcoat. While last year tapped the boyfriend blazers as the season’s official jacket, spring 2011 calls for actual outwear, thanks to designs by Ralph Lauren and Stella McCartney. Can you wear your blazer underneath? It depends. But if you’re hoping to make waves with a cropped leather number, it’s best to leave a lengthy blazer at home. 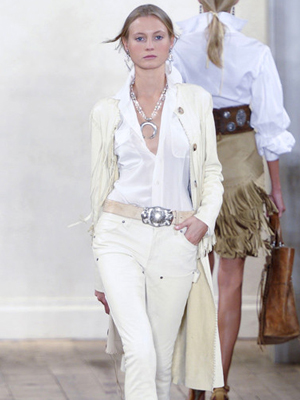 Never has a season been so drenched in nostalgia, and since the boyfriend blazer only evokes an earlier decade, its easily lost in comparison to the overt 70s, 80s and 90s references dictating the style landscape. Luckily, you can amp up your existing boyfriend blazer to maintain the retro aesthetic: by pairing it with wide-legged trousers or a printed blouse, you can maintain the March Jacobs-esque disco-era vibe, while still utilizing a piece you undoubtedly hold dear. 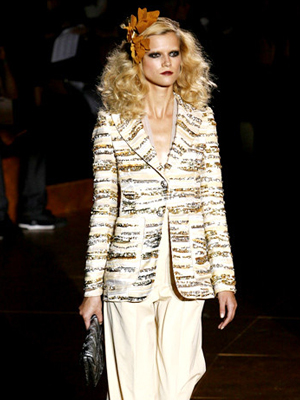 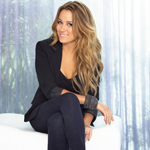 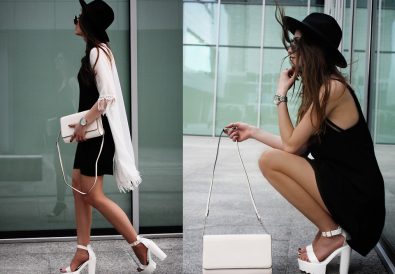 10 Must-Haves to Update Your Spring Wardrobe 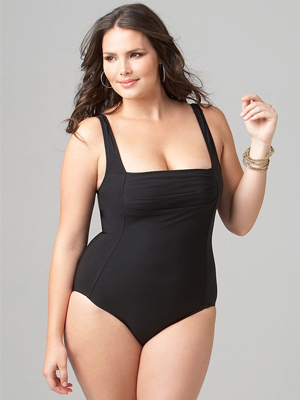 Choosing The Right Plus Size Swimwear 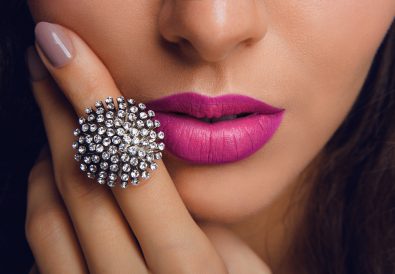 The Best Ring & Nail Polish Combos (For Every Budget)