Karl Lagerfeld, the iconic couturier whose designs had an unprecedented impact on the entire fashion industry, died on Tuesday February 19, 2019 in Paris. Over his long career he was able to transform the high fashion industry from a niche interest into blockbuster entertainment for the masses.

“With the passing of Karl Lagerfeld we have lost a creative genius who helped to make Paris the fashion capital of the world and Fendi one of the most innovative Italian houses,” Bernard Arnault, the head of luxury French designer LVMH, said in a statement on Tuesday morning.

“Fashion and culture has lost a great inspiration.”

Lagerfeld was undoubtedly one of the most influential figures in fashion history. Instantly recognizable in his dark suits, pony-tailed white hair and tinted sunglasses, he worked with numerous brands throughout his career, was beloved by the industry, and, for the last half of his career was the heart of not one, not two, but three fashion houses: LVMH-owned luxury label Fendi (from 1977), Paris’ family-owned power-house Chanel (from 1983), and his own eponymous label (from 1984).

“Fashion,” said Lagerfeld, “is a game that has to be played seriously.”

Karl Lagerfeld was born Karl Otto Lagerfeldt in pre-war Hamburg Germany. (He dropped the “t” from his last name early in his career, reportedly to make it sound “more commercial.”) He emigrated to Paris as a teenager, and began leaving his mark on the fashion world almost instantly.

Throughout a career that spans over six decades, Karl Lagerfeld changed the way fashion is perceived. As the world celebrates his illustrious career, we take a look back at a few of the defining fashion moments in his career.

The Fashion Design Competition in Paris and Balmain beginnings

Lagerfeld’s career got off to a precocious start when, in 1954, he beat out 200,000 entrants and won first place in the coat category of a Paris design competition sponsored by International Wool Secretariat. Interestingly, Yves Saint Laurent won that year’s contest in the dress category. The two became good friends who relished in the post-war French capital. From friends, they progressively became rivals.

French designer Pierre Balmain, a jury panellist at the Paris Design Competition, was so impressed with Lagerfeld’s design that he hired him as his assistant and put his winning coat into production. Lagerfeld worked his way from junior assistant to apprentice during his time with the designer.

In 1958, after three years at Balmain, Lagerfeld moved to another Paris courtier, Jean Patou. He was 25-years-old and the label’s chief designer.

His first haute couture line, which he debuted under the pseudonym Roland Karl, was shown in a two-hour presentation that was audibly booed by critics when shown in July 1958. Despite the poorly received collection, Lagerfeld quickly rebounded. The following season the designer won praise for designs that a New York Times fashion critic described as “understated chic.”

Lagerfeld had been with Jean Patou for five years when he suddenly quit to reassess his life.  He returned to the design world two years later and began working at Tiziani, a Rome-based fashion house, where he worked closely with Tizani’s founder to outfit actresses such Elizabeth Taylor and Gina Lollobrigida and heiress Doris Duke.

Lagerfeld stayed at Tiziani until 1969, but in 1964 he began freelancing for Chloé, designing a few pieces for each collection. In 1965 he began designing furs, accessories, and clothing for the Italian fashion house Fendi.

At Fendi, Lagerfeld innovated the traditional Italian furrier by experimenting with new cuts, colors, textures and dyes. He also utilized and embraced cheaper furs, such as rabbit and squirrel, and conceived the company’s iconic double-F (“Fun Fur”) logo.

As a freelance designer, he also produced costumes for multiple film and theatrical productions.

International fame and the reinvention of Chanel

In 1978, Karl Lagerfeld began designing for the luxury fashion brand, Chanel and became the brand’s Creative Director in 1983, a decade after Coco Chanel died. When he took over, the house was floundering and barely surviving off its perfume sales. “Everybody said, ‘Don’t touch it. It’s dead,’ ” he told New York magazine. “But when people said it was dead and hopeless, I said it was interesting.”

He was determined to find a way for the brand to receive the recognition it deserved.

“Once upon a time Chanel was old hat. It was only Parisian doctors’ wives who still wore it. Nobody wanted it, it was hopeless,” Lagerfeld said soon after he showed his first collection for the fashion house in January 1983.

Lagerfeld’s first runway show took place in the legendary Rue Cambon with models wearing sleek column gowns, chic tea dresses and elegant LBDs inspired by Coco’s 1920s and 30s designs – it was the beginning of a monumental revival making Chanel the most famous designer brand in the world.

As head designer, Lagerfeld reinvigorated the luxury brand and grew it into a multibillion-dollar fashion enterprise while maintaining Chanel’s tradition of craftsmanship and quality.

He was able to reinterpret the label’s signature pieces in flamboyant and fresh cuts and colors. He refashioned the house’s iconic quilted handbags in leather and its trademark tweed jacket in terry cloth and denim and candy-colored hues. He broke Coco Chanel’s above-the-knee taboo, introducing shorter, more modern hemlines and Chanel’s first miniskirts.  He also introduced the infamous interlocked “CC” (a monograph for Coco Chanel).

Fashion historian Valerie Steele said the average age of a Chanel customer during Lagerfeld’s tenure dropped from the mid-50s to the late 30s. “In effect, he performed emergency surgery and totally revivified the brand,” Steele told The Washington Post. “He made it completely relevant and contemporary again and has continued to do so, against all odds.”

In 1984, after more than 20 years designing for various fashion houses in Europe, Lagerfeld finally launched his own brand, which he built around the idea of what he described as “intellectual sexiness.”

Lagerfeld sold the line to Tommy Hilfiger for an undisclosed amount in 2004. The deal included Lagerfeld Galleries and other Lagerfeld collections, with the designer staying on as creative director. “In choosing a partner to expand my business, I was looking for a company that has built a business on a global basis and possesses the infrastructure and resources to make our vision of the Lagerfeld brand become a reality,” Lagerfeld said at the time.

Beyond fashion design, Lagerfeld cultivated a side career as a photographer, amassed museum-quality furniture collections, and designed costumes for the Metropolitan Opera and for movies including director Claude Chabrol’s Wedding in Blood (1973) and Babette’s Feast (1987). Fluent in four languages, he also managed a Parisian bookstore, a publishing house and wrote book reviews for French Vogue under the pen name Minouflet de Vermenou.

In 2002, he wrote the diet book The Karl Lagerfeld Diet with his personal dietician, Jean-Claude Houdret. The weight-loss guide — a bestseller in Europe — was inspired after the fashion designer lost 92 pounds (about 42 kg) in a just over a year. His motivation? “I suddenly wanted to dress differently, to wear clothes designed by Hedi Slimane…. But these fashions, modeled by very, very slim boys—and not men my age—required me to lose at least 40 kg. It took me exactly 13 months.”

The book contained an attitude typical of Lagerfeld: “If you are lucky enough not to need to go on a diet for [health] reasons, there is nothing to stop you from pretending to others that health is indeed your motivation.”

In the early 1980s, Lagerfeld began to add more international design houses to his roster, including, Isetan in Japan, Charles Jourdan, and Ballantyne. In the late 90s and early 2000s, he began designing collections for popular retail companies, including a limited-edition jeans line for Diesel.

In 2004, Lagerfeld became the first designer to collaborate on a collection with H&M, creating a capsule range of womenswear and menswear. When shops opened on 12 November, the collection sold out within minutes, setting a precedent for future collaborations.

Lagerfeld also transformed the catwalk with his over-the-top productions showcasing his designs for Chanel. In fact, the jaw-dropping runway sets usually got as much attention as the actual clothes. Some of Lagerfeld’s extravagant set designs were works of art… most notably: In 2010, Lagerfeld had his models walk among icebergs in a Winter Wonderland-inspired show. A year later, models walked underneath the shadow of a gigantic an eight-tonne golden lion that was designed by Stefan Lubrina. In 2014, Paris became a high-end supermarket, and in 2016 Chanel staged its show in the Cuban capital Havana – the first international fashion show since the 1959 communist revolution. In 2017, Lagerfeld payed tribute to where the luxury fashion label began, Chanel’s autumn/winter 2017/2018 haute couture show featured a scale-model of the Eiffel Tower in the middle of the catwalk. The following year, Chanel set sail by presenting a 148-metre ship as part of a catwalk show at the Grand Palais. It took a month to install the ship inside the historic site.

Lagerfeld’s impact on the fashion industry

Throughout a career that spanned over six decades, Karl Lagerfeld reinvented the world of fashion, pushing boundaries with epic fashion show presentations and repurposed designs that could be easily be adopted into the modern world.

In a statement released by Chanel‘s president of fashion, Bruno Pavlovsky, it read, “Fashion show after fashion show, collection after collection, Karl Lagerfeld left his mark on the legend of Gabrielle Chanel and the history of the House of Chanel. The greatest tribute we can pay today is to continue to follow the path he traced by – to quote Karl – ‘continuing to embrace the present and invent the future’.” 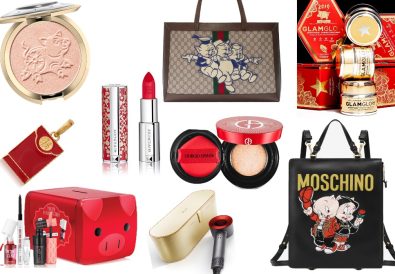 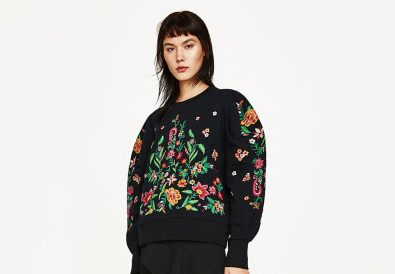 The Spring 2017 Fashion Trends You Need to Try 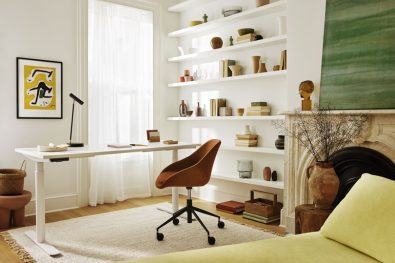 How To Create A Stylish Home Office Space