5 Things We Love About the New Bachelorette, Andi Dorfman

It was announced live on the After the Final Rose special of The Bachelor Finale that Andi Dorfman, the woman who dumped Juan Pablo, is the new Bachelorette. It is fair to say we are SUPER excited about this choice. We loved that Andi didn’t take any of JP’s BS after he was offensive to her during the fantasy suite dates. In order to prepare for next season (premiering Monday, May 19) we’ve rounded up a few of the things we love about Andi:

1.She isn’t perfect and is totally cool with that. Andi’s sense of humour is awesome! We saw her poke fun at her lackluster dancing skills on the show, she tweets about wearing spanx, and isn’t afraid to post a pic of herself and the other gals making pretty hideous faces. She’s real and we like it.

2.She puts bad guys in jail. Andi is a bad ass assistant district attorney from Atlanta who literally goes up against scary gang members daily in court. In an interview she says she once got a murderer convicted in 8 minutes.

3.She follows her instincts. When the red flags came out during her over-night date with Juan Pablo, she didn’t wait a moment to dump him. Unlike Clare, who foolishly fell for JP’s excuses on their last date before the final rose, she trusted her gut and kicked him to the curb immediately. Hopefully she’ll be able to pick up on all the jerks on her season of The Bachelorette!

4.Her dad is awesome. We love that Andi’s dad didn’t give Juan Pablo his blessing on the hometown date. We look forward to how he’s going to treat the final two men who get to meet him on Andi’s journey to find love.

5.She’s got great style. If her outfits thus far have been any indication, we are expecting a lot of fun fashion moments from her in May! 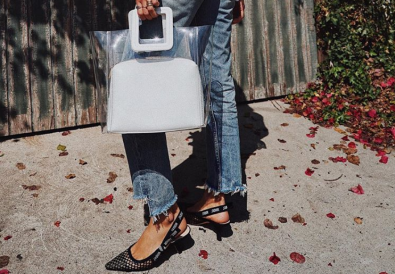 The 6 Handbags Every It Girl Will Own This Spring