Week after week we tune into watch the dramatic and roller coster love lives of six Upper East Side teenagers with fabulous wardrobes and an endless event calendar. While they are waging war on their ex-boyfriends or hooking up with their step-brother, every character on Gossip Girl has a unique dating identity that we can learn a lot from.

Serena van der Woodsen Easy S
It seems Serena can’t hold on to a boyfriend for longer than the span of a one hour episode. Whether she is in love with her college professor or ex-boyfriend‘s married cousin who is running for congress, it is fair to say she isn’t too good at the whole dating thing. What we have learned from Serena’s rollercoaster of a love life is that thinking with your hormones and not about the consequences of your actions (splitting up a marriage, getting kicked out of school, etc.) won’t exactly land you in a solid relationship. But, when you are young, beautiful and are strutting around the Upper East Side with long flowing blonde locks and two watermelons that seem to pop out of every ensemble you put on, there really are no consequences, right?

Blair Waldorf Bad Boy B
Always chasing those bad boys? Well, you have nothing on Blair Waldorf who landed New York’s notorious Chuck Bass, the character with the longest list of hook-ups. But, there is nothing Blair can’t handle; at least that is what she would like to think. If you are like Blair and find yourself taking in troubled boys in the hopes of changing them, try again. Chuck eventually went back to his old ways, leaving Blair broken hearted and vengeful. There really is nothing more entertaining than a war between two of the Upper East Side’s richest brats. You would assume with Blair’s beauty and intelligence it wouldn’t be difficult to find a boyfriend suitable for her lifestyle, but that would just be too easy.

Vanessa Abrahms V for Vulnerable
Are we tired of seeing Vanessa pouting and frowning every episode after she eventually gets dumped and replaced with Serena? She is the only character on the show who has hooked up with Nate, Dan and Chuck… each time ending up alone and sad. There is no question Vanessa has always been in love with her best friend and sometimes boyfriend Dan Humphrey. She is so desperate for Dan that she had a steamy threesome with him and his actress girlfriend (played by Hilary Duff). Chasing someone who is clearly in love with someone else is not the best scenario to be in. Although it may be a difficult task to find one single man in New York that hasn’t slept with Serena, Vanessa needs to find him and get herself out of the twisted web of S’s sloppy seconds. 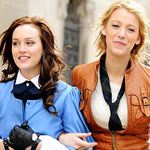 Related Content:
– When You’re The Other Woman
– How to Keep Him Interested and Wanting More
– Dating Dealbreakers 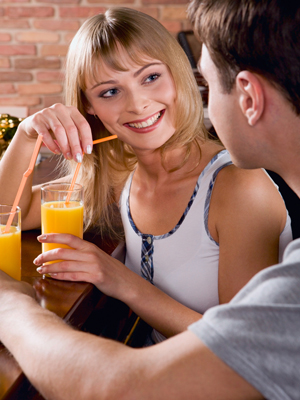 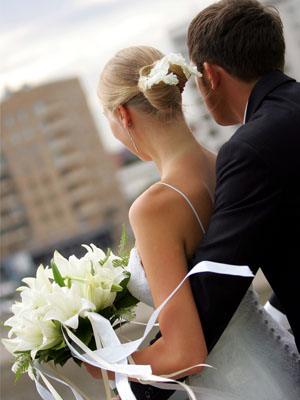 Would You Let Your Groom Plan the Wedding?