Let’s be serious: tattoos carry a certain credibility that many of us want but don’t have the courage to get.  However, instead of succumbing to the infamous lower back tattoo or college-inspired drunken mistake, brands like Sephora and Hard Candy have given us the option of copping out “ fashionably.  Here’s our guide to the best fake ink and how to wear it.

ASOS
After Chanel and Gaultier debuted the trend of temporary tattoos in their Spring/Summer shows in 2010, suddenly fake ink wasn’t just reserved for dollar stores and kid’s pastimes anymore.  ASOS’s Art of Love tattoo collection embody both the romanticism and edginess behind some of today’s hottest feminine designs, so for nights out at DJ sets and after parties, their $11 options are ideal.

Hard Candy
Once upon a time, tattoos were associated with hardened demeanours and a rock ˜n roll lifestyle, but with ink now becoming the norm, designs range from whimsical to romantic.  Hard Candy’s developed a range of fake ink that includes feathers, flowers and miniscule hearts that are a far cry from any preconceived notions tattoos once had.  (And the upside?  After only three days they’re simply a distant memory.) 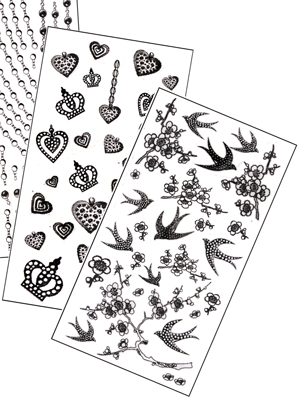 When it comes to temporary body ink, it’s no surprise that tattoo artist extraordinaire Kat Von D has pioneered her own line exclusively for Sephora.  However, instead of being issued just pre-packaged designs, you’re also given the option of Liquid Brush Body Liner “ a perfect alternative for artistically inclined ink aficionados who want something different and unique every night.  The liner’s priced at roughly $18, while the tattoo kit runs about $25.

An option with pop culture credibility, Temptu began pioneering body cosmetics for the 1981 film, Tattoo, and has since maintained an iconic position in the world of airbrush artistry.  Far from simple rub-on application, the brand offers various ink colours, transfer styles and airbrush equipment so you can master the art of temporary tattoo application on your own.  Channelling Kat Von D has never been so fun.

The go-to for all things fashionably relevant, the UK-based hot spot has capitalized on the temporary tattoo trend and embraced all ink connotations old and new.  With girly designs for those partial to romanticism and armband options to capitalize on the rise of the 90s, the brand’s affordable option (roughly $10) can make anyone feel like a runway model “ or at least the singer of a super-rad rock band. 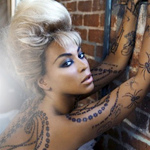 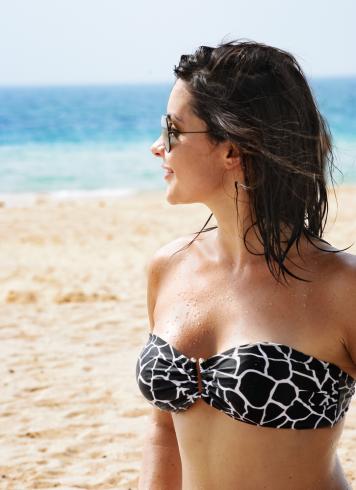 Yeah, I Cut My Own Hair 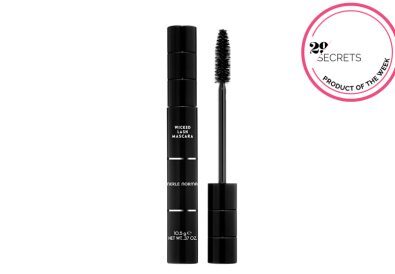 New Camera Will Beautify You?