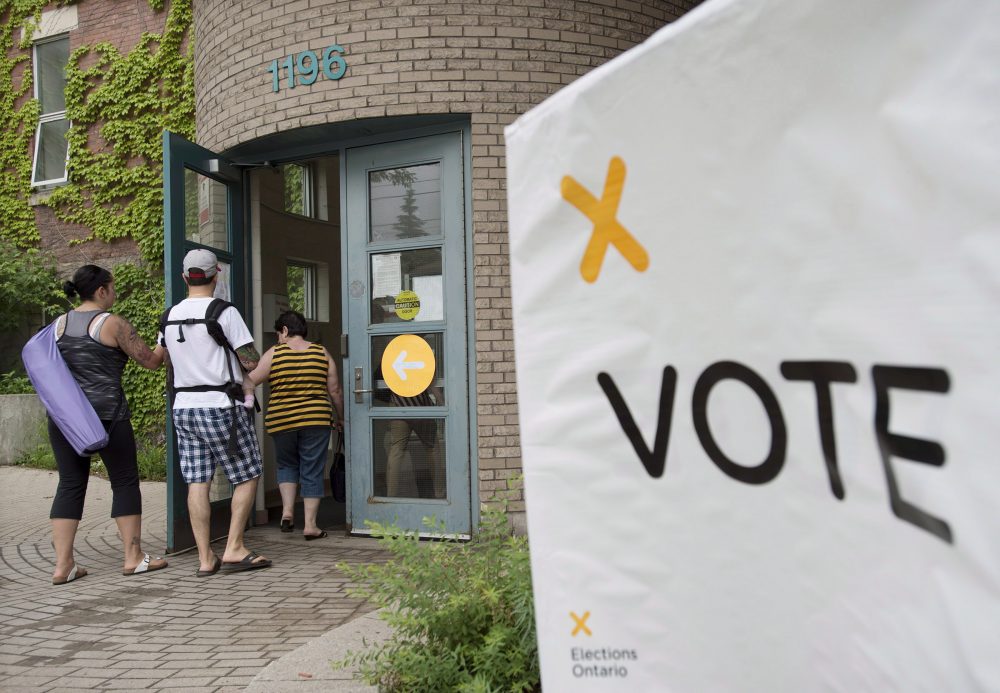 Voters arrive at a polling station in Toronto to cast their vote for the Ontario provincial election on Thursday, June 12, 2014. THE CANADIAN PRESS/Darren Calabrese

The last thing any of you want is to hear who I think you should vote for. At this point (see: on the day of our provincial election), you likely know exactly who’s earned your ballot, and nothing I could say or do would convince you to change your mind.

Which is fine! That is your business, and it’s not you, the decided voter, I’m particularly worried about. (Also, I just don’t have time to get into a political debate right now, though I will urge you to make sure your candidate’s views on issues outside of taxes align with your own.) Ultimately, it’s anyone still waiting and debating and deciding whether they should actually vote at all who have me concerned.

Maybe you don’t think your vote doesn’t matter. (It does!) Maybe you hate every candidate. (Too bad!) Maybe you’re just too busy today. (We can solve this!) Maybe you really don’t care who wins at all. (That’s a massive bummer, because apathy tends to suggest you are very privileged and insulated!) So in a Hail Mary attempt to make you head to the polls, here’s why you should 100%, absolutely vote.

It’s your right!
You know how big a deal that is? People all over the world are dying for this right. Women fought hard for this right. Now imagine it being taken away from you. You’d lose your mind. And rightfully so! You get to have a say in who our leaders are. That’s a big responsibility. You’re important.

You get three hours by law to do it
Which means that you can get out of work today should you need to. No employer can say, “Too bad, you can’t vote.” Not a soul! Nothing can stand in your way!

You bring the family if you need to
This is a fact I think is important because both my parents worked, and so many election nights of mine were spent hanging out with them while they cast their ballots. Especially since here’s the thing: polling stations run smoothly. You’re in, you’re out, it’s usually been under ten minutes. What we see in the States is not what happens in Canada. Voting is but a pitstop en route to Pizza Hut.

Even if you lose your voting information card, you can still vote!
I know this because I have lost mine before, and because if you didn’t yours, you can still head to where you’d vote with two pieces of ID and do the thing. No one is going to stand up and scream “Demon!” at you. No one is going to shame you. It’s all very easy – and actually easy, not in the veiled way we say it when presenting someone with an impossible task.

If you don’t vote, you don’t get to complain
You don’t. You just don’t. If you sit out one of the most important arguments, you don’t get to throw your thoughts in long after the deed is done. A vote means you get to be accountable. You get to condemn the elected officials who work for you (thank you) and you get to praise them when they do a good job (you’re welcome). No vote, no argument.

You’re a grown-up!
It’s weird to be a grown-ass person. As a teen, my friends and I really liked to blame our parents for everything and then package that blame and stick it under the umbrella of “the government.” In short, we couldn’t vote, had very strong opinions, and could do absolutely nothing to exercise our voices because we were also terribly disorganized and just wanted to skateboard at the plaza. But now we’re the ones in charge. Elected officials work for us, and we decide how things are going to go and what we’re going to back and what we’re going to put a stop to. You know how cool that is? It’s cool! Being a responsible, engaged citizen isn’t just a blip on our existence. It’s not “adulating,” it’s being a goddamn adult. What Does Kristen Stewart Owe Us? 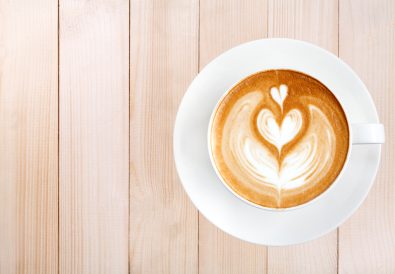