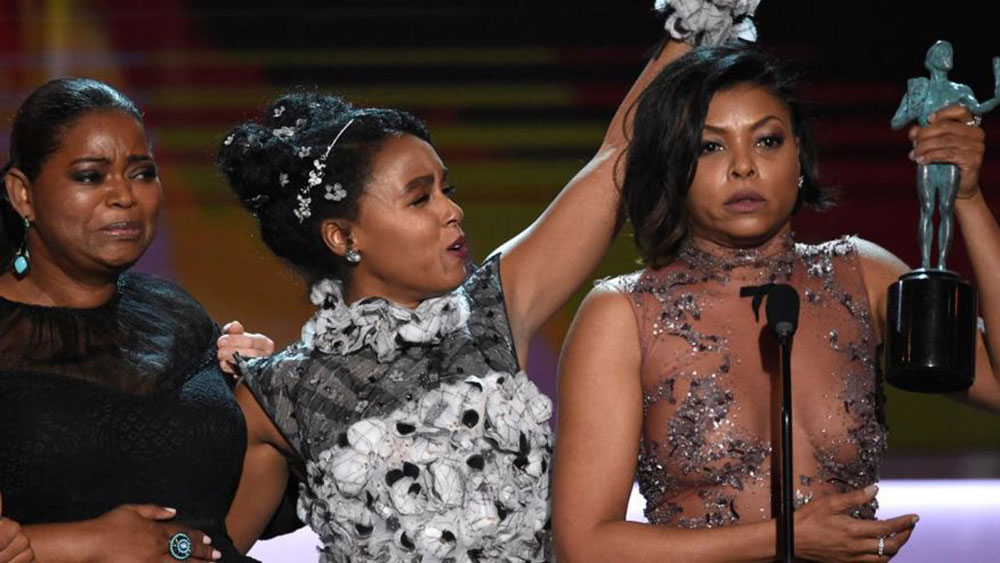 Hello! Last night, the 2017 SAG Awards trumped every award show of the last five years, and not just because of Winona Ryder’s #blessed facial expressions.

Julia Louis-Dreyfus, Mahershala Ali, David Harbour, Lily Tomlin and Taraji P. Henson used their platforms to call out President Trump’s Muslim ban, his racism, his bigotry and the climate of hate that’s defining the current political spectrum, and I have never been so happy to see actors not played off (like they are at the Oscars) in my life. Particularly because they were doing exactly what everybody (all of us, hello) needs to do.

After the first week of Trump’s presidency especially, it’s increasingly obvious that apathy or silence is an option only if you’re opting to be complicit with those disinterested in upholding basic human rights. The luxury of opting out is one that doesn’t exist anymore. The privilege of a head-tilt and “Oh, that’s too bad” has been revoked. When lawyers are buying plane tickets so they can work at the gates of an airport to free people who’ve been illegally detained because of their religion and their ethnicity, it’s not enough to send thoughts and prayers — especially when the aforementioned sentiment is one Trump and his cronies cling to in the wake of tragedies they couldn’t actually care less about. The time to act has come.

And the thing is, action can look like a number of ways. It can be donations to the ACLU or The IRC or to the Islamic Cultural Centre of Quebec. It can be daily emails, phone calls and letters to your MP or MPP or congressman or senator, asking them to stand up and denounce Trump’s rulings or advocating for the repeal of the Safe Third Country agreement (in which refugee claims are denied to persons who entered the USA prior to coming to Canada). It can be attending a protest. It can be subscribing to newspapers and independent publications who sift through propaganda to publish truth. It can be using Twitter to share embassy information, contact information for human rights lawyers or shaming the shit out of the only US President who’s ever hinged his worth on 140-character relevancy. (Although, if it’s the last one, it’s gotta be more — Twitter is a hugely valuable resource, but help and solidarity needs to extend past an RT.) And then, in addition to said action, it’s the understanding that you don’t get a gold star for being a responsible citizen. Action doesn’t necessitate a participant ribbon.

But don’t get me wrong: to watch those with a platform use theirs to say something that mattered last night was electric. It felt important (it was) and rare (also true) and substantial (amen — especially since we know how much Trump wants to be enveloped by Hollywood). But it was also exactly what needed to happen. At this point, if you are someone whose profile is so large that you’ve been given an award for the work that you do, you get to use your platform for more than a thank-you speech. If you are someone with access to a shit-ton of people, you get to use it to do more than share the trailer of the movie you’re working on. Last night, the SAG Awards looked exactly the way it should’ve looked like. Especially since I think most of us know that silence or passiveness isn’t going to cut it anymore. 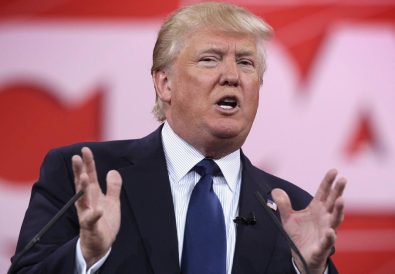 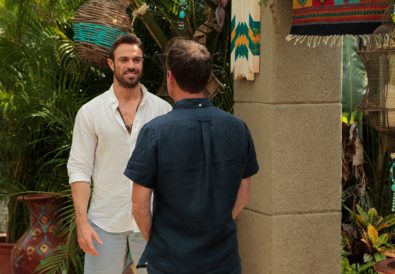 We Need to Talk About Chad… Again 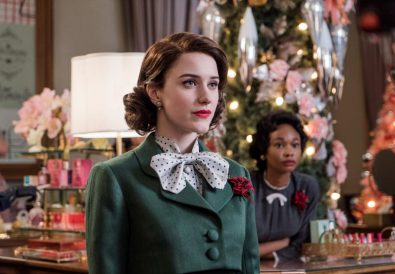 Why You Should Be Watching ‘The Marvelous Mrs. Maisel’