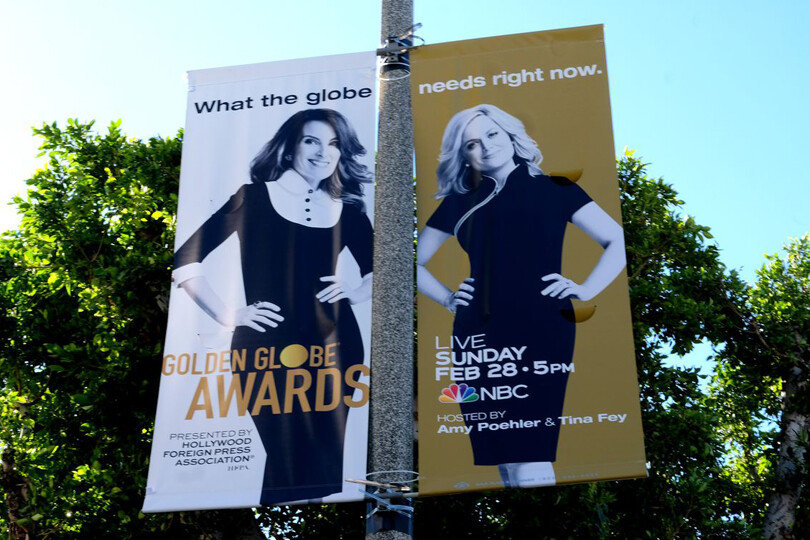 The Golden Globes are this weekend and while award shows have never seemed less necessary or more frivolous, and while celebrities have never been less relatable – either riding out this global pandemic in massive multi-million dollar mansions, or living lavish like said pandemic isn’t still raging, hosting lavish parties and/or traveling internationally while us Poors waste away in perpetual lockdown with no end or joy in sight (just like us, my ass!) the 2021 Golden Globes still have the ability to salvage even a modicum of relevancy. That’s thanks to the dynamic duo that is Tina Fey and Amy Poehler who will act as hosts for the fourth time on Sunday night.

The Golden Globes have always been the less stuffy, more informal cousin to The Academy Awards. Sure, it’s got just as many A-listers draped in designer gowns and adorned with jewels worth more than our homes, but there’s always been something slightly more casual about the Globes. Whether it’s the multiple bottles of Moët on every table, or the coming together of movie stars and, as Amy Poehler once called them, “the rat-faced people of TV” in one room, the Globes have commonly been regarded as one of the more “fun” awards shows. Sure, the Hollywood Foreign Press Association is a perplexing (at best) organization which has issued some truly head-scratching nominations over the years (Emily in Paris? Over I May Destroy You? Really?) but the ceremony itself has generally been an entertaining, if not confusing, evening. So, while an evening packed with rich famous people accepting trophies isn’t exactly what we need, or maybe even want right now, if there are any hosts who can make the pomp and circumstance of it all seem just a tiny bit less insufferable, it’s Tina and Amy and their wicked wit: a palatable combination of recognizing the ridiculousness of the Globes, without making us feel like losers for wanting to spend our evening watching the ceremony in the first place. 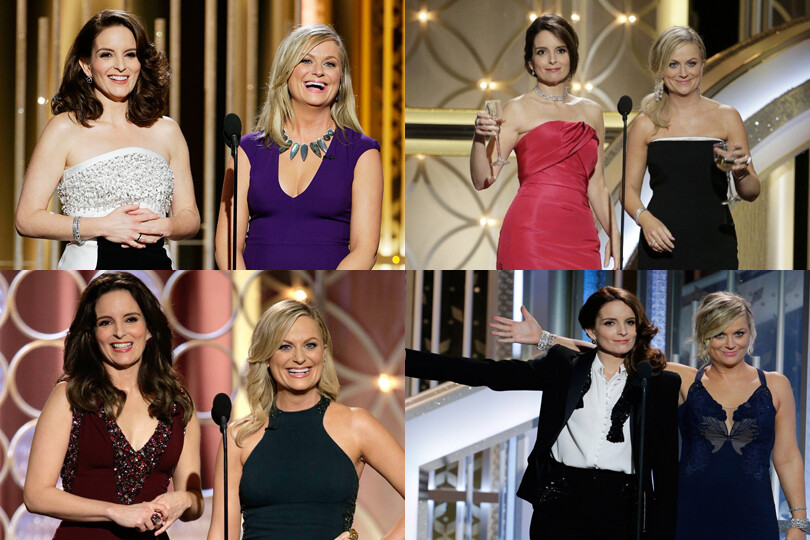 The ladies first took to the Golden Globe stage in 2013 and their monologue was well, golden, poking fun at the Globes themselves as well as Hollywood heavyweights like James Cameron whose ex-wife, fellow filmmaker Kathryn Bigelow was nominated for directing Zero Dark Thirty with Amy quipping, “when it comes to torture, I trust the lady who spent three years married to James Cameron.” Tina also got some jabs in, while acknowledging Anne Hathaway and her nomination for playing Fantine in Les Miserables she remarked, “I have not seen someone so totally alone and abandoned like that since you were on stage with James Franco at the Oscars,” referencing Hathaway and Franco’s disastrous and awkward AF turn as Oscar hosts in 2011. When Tina and Amy returned the following year as hosts in 2014, the women took a good-natured jab at George Clooney in their monologue with Tina saying, “Gravity is nominated for best film. It’s the story of how George Clooney would rather float away into space and die than spend one more minute with a woman his own age.” Speaking of men repulsed by women their own age, 2014 saw Woody Allen as the Cecil B. DeMille lifetime achievement recipient which has aged just about as well as a glass of milk left out in the scorching sun (also known as the Reverse Paul Rudd Effect) With the recent release of the controversial Allen v. Farrow docuseries, it will be interesting to see if the women address the problematic filmmaker on Sunday.

2015 saw the ladies return as hosts for their third, and what we thought would be their final time, with Tina opening their monologue with, “Good evening and welcome you bunch of despicable, spoiled, minimally-talented brats.” Self-awareness is truly in such short supply in Hollywood, isn’t it? Let’s also #NeverForget the intro Tina gave to one of the Globes esteemed presenters announcing, “like a supermodel’s vagina, let’s all give a warm welcome to Leonardo DiCaprio” right before the notorious modelizer took to the stage. The best comedy really does come from the truth, doesn’t it?

While there are undoubtedly newer, more recent, and maybe even more relevant Hollywood talent deserving of a gig as high-profile as hosting the Globes, in a time fraught with so much uncertainty and instability, now is not the time for experimentation, it’s the time for the tried, true, and tested which Tina and Amy definitely are. And of course, as Tina herself said when she and Amy were hosting the ceremony for the second time in 2014, “this is Hollywood and if something kinda works, they’ll just keep doing it until everybody hates it.” In 2021, with no shortage of things to hate (omg SO many things to hate, right?) here’s hoping Tina and Amy don’t, as RuPaul would say, “f*ck it up.” Of course, the Golden Globes, like literally everything else in the world, will “look a little different this year” (in fact Tina and Amy won’t even be sharing the stage, they’ll be doing their hosting duties from New York and California respectively) but maybe different can be good? It might be some ridiculously misplaced optimism, but here’s hoping the ladies pull it off a fourth time and the Globes aren’t a complete and total infuriating waste of time for us Poors watching from our couches (where we, unlike the aforementioned rich and famous folk, have been stationed for nearly a year.) Tina and Amy, we implore you, we beg of you, please give us a Golden Globes that allows us to slip into a sweet, satisfied slumber Sunday night before waking up to yet another Groundhog Day-style monotonous Monday.

Unless, of course, Emily in Paris walks away with even one award. Then we riot at dawn.