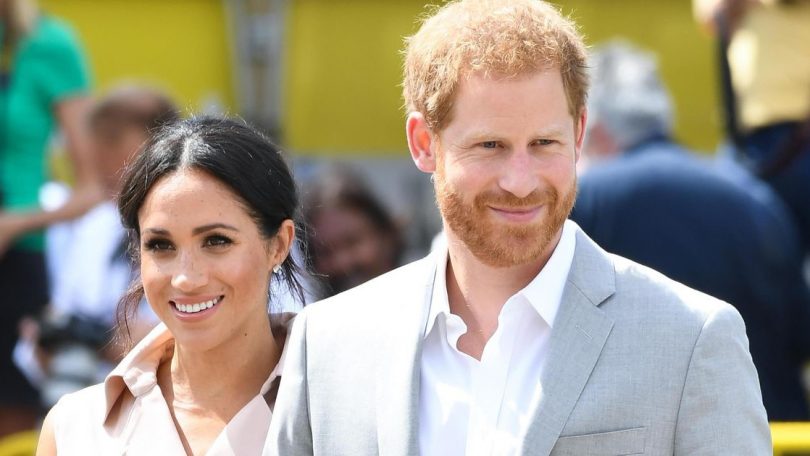 Over the last few days, weeks, and months, we’ve come to know a name: Thomas Markle. We learned that he is Meghan Markle’s father, that he loves giving interviews to TMZ and The Daily Mail, and that he wasn’t (and then was and then wasn’t) going to attend Meghan and Harry’s wedding. He allegedly staged paparazzi photos, made much of his daughter’s nuptials all about himself, and now he’s suggesting he’s been cut off from the royal family after not speaking to Meghan for the last ten weeks.

“I’m really hurt that she’s cut me off completely,” he complained. “I used to have a phone number and a text number for her personal aides at the palace, but after I said a few critical words about the royal family changing Meghan, they cut me off.”

He went on to complain that the numbers have since been cut off, and then continued to speak out on his daughter’s business, estimating that she and Harry were probably going to have a baby soon — before lamenting how terrible it will be for said grandchild to be raised without his maternal grandfather. This, over the course of three separate conversations with The Daily Mail.

Here’s the thing: shut up, man. Just shut it. In the immortal words of Don Draper, “Stop talking.” And while I know that despite the likeliness that Thomas Markle has a Google alert set up in his name he will still never read this, I offer my advice to any family member (or friend) who feels entitled to comment publicly on the business of a person whose life they are not leading: be quiet. Stop making sounds. You look weak, it looks bad, and we all know the best tea is always served amongst high-ranking celebrities or in small circles of friends where you can drop some news then sit back and feel at peace with yourself for knowing when to share knowledge. Nobody powerful gives an exclusive to the Mail about the likeliness of their daughter getting pregnant soon.

Which brings me to my next point: why are we asking anybody’s family to weigh in at all? Even last week, the late Heath Ledger’s father (!!!) was asked about Michelle Williams’ marriage to Phil Elverum. And while he answered the way any family member should (“She’s very private and I don’t really like to make too many comments about her, but we are very happy”) (see: how to answer any question about anybody who isn’t you), it’s still a weird news story to exist. I don’t even ask the parents of friends I used to hang out with daily in high school how their kid is doing if we happen to be stuck in the same elevator (which happened recently). So imagine asking the father of somebody whose son died tragically how he feels about his former daughter-in-law’s personal life — knowing the subject is also infamous for never speaking about her personal life, ever. No! Stop it! What’s wrong with everyone?

I mean, I get it. The news cycle is currently on fire with many of us scrambling to distract ourselves from the toilet paper roll’s length of atrocities occurring daily. So, in order to escape from the never-ending house of horrors, we bury ourselves in Markle talk, gluing ourselves to the words of Thomas despite him seeming like a nightmare human who thinks he shouldn’t have been cut off after commenting on the status of his daughter’s hypothetical parental status. The thing is, I won’t even let my dad tell my neighbours what I do for a living or where I live or if I’m staying over for a few nights. (It’s my business, damn it!) And without any of that information, I feel content and confident knowing that should they want, my neighbours could still glean plenty of news about me from my social media or from me, should we see each other at the grocery store. No one ever needs to involve anybody’s parents unless they’re deranged. The fact that Thomas Markle is still a man I am writing about in late July 2018 is egregious. Who cares what Thomas Markle thinks about anything? Who, to paraphrase Mariah Carey, is he?

He is a dad gone rogue in the worst possible way. And he is also an example of when we begin to eat our own tails to get closer to the famous people we’re obsessed with in the worst possible way. We are rich in resources and information and ways of zooming in on photographs to decipher body language. We don’t need to give platforms to those thirsting for glory when most of us don’t let our own family tell anybody if we’re single or not. And while we might not be better than any of it, we can — I guess? — make like the royal family for once in our lives and at least pretend.

One response to “Shut It Down, Thomas Markle (Or: Why Are We Letting Anybody’s Parents Talk?)”