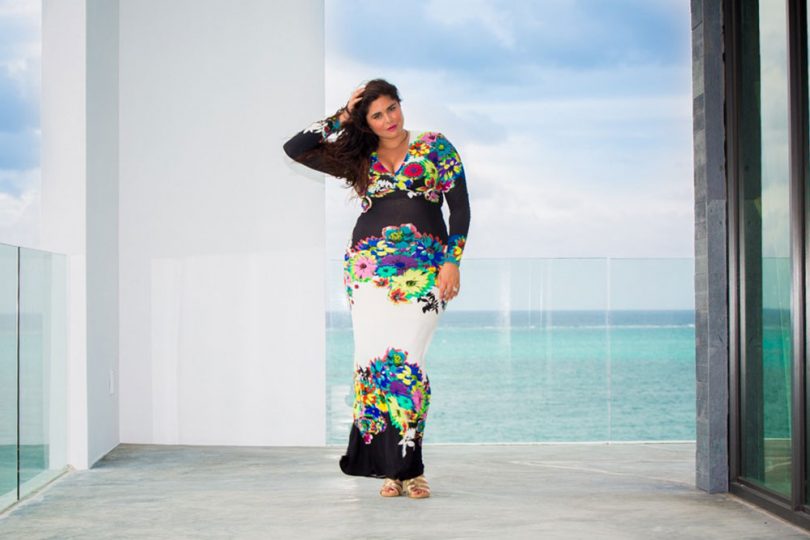 When it was announced that we were finally going to be getting a Real Housewives close to home, we were ecstatic. And while the roster of six strong, dynamic women had us thinking that we had some real inspiration to look up to in the show, we’d be lying if we said we weren’t just a bit excited about the drama that’s to come. Ahead of the season premiere of Real Housewives of Toronto (which airs Tuesdays at 10pm, starting March 7), we chatted with one of the housewives, Roxy Earle, to chat reality TV, lifestyles of the wives and some of her favourite Toronto hotspots.

29Secrets: How did it happen that you ended up on the show?

Roxy Earle: I just got a phone call one day that said we’re casting for a reality show about dynamic women living in the city. At first, I wasn’t really interested and they said, actually it’s the Real Housewives, and I thought I might be into this! I was in Paris having dinner with a girlfriend and I just kept getting bombarded with phone calls and emails over my weekend in Paris. I was literally standing outside. They said, we really love you; everyone keeps talking about you. I guess they heard my name from a few people in the city and then they stalk you on social media and they liked my vibe and they really wanted to chat. They asked if we could talk in person and if I was comfortable setting up some interviews to get to know me and it just went from there.

From when you got the call, what was the process of starting to film and how much of your life was taped?

It was crazy because I thought it was kind of going to be a side gig. I had no idea it would occupy the amount of time and energy that it did”it was truly a full-time job. We started filming at the beginning of July and we filmed all the way through to October. You were almost on-call every day. It was all very last-second”you don’t find out about anything until the night before, where you need to be and what you need to be wearing. It’s a little bit of complete mayhem the whole weekend long.

I guess to keep the authenticity of the situations.

Exactly. For example, if a situation is going to unfold naturally, it needs to unfold on camera so you can’t be prepared for it.

Did you know the other women before going onto the show?

I knew some of the women, but not very well. Some of them, I’d heard of. But we all got to know each other very well this summer.

How forced were the situations in the show?

Here’s the thing: When you put six women together, the situations are going to unfold a certain way. Relationships are going to be formed. Relationships are going to be broken. That’s what happens when you put six strong women together who all have different points of view on life and everything. You put them all together in the same environment all summer long, that’s all very authentic. Of course, there might be a situation where they say, okay, you’re all going to dinner tonight, that might be a little different. Other than that, that’s just how it all happens.

Did you have any expectations going into the experience?

I had no idea what to expect. I had never been in TV”I had never done anything like this and I really did not know what to think. Everything that I thought it would be, it was totally different. Things that I didn’t expect at all, happened. It was very chaotic”it was a rushed summer. Every morning you’d wake up and try and get your hair and makeup done and your outfits. Some days, you’d have three different shoots and three different looks and it was over 30 degrees in the summer. It was exciting and a whirlwind and I had no idea what to think, but when it was over, I was just like, wow, I can’t believe that all happened.

What did you learn from the experience?

I think when people start a process like this or they enter a public space, they have an idea of a person that they would like to portray. And that’s just not possible in reality TV, especially in a form like this when you’re being filmed so often. You truly have to be authentic to who you are”the good, the bad and the ugly are going to show, you just have to hope that people are going to partake in that journey and see the real you. I found that I could not fake being me”there’s nothing more authentic and relatable than me, because I’m a real person with real views and real feelings. You have to be yourself and be open to put your whole self out there. If you only show viewers one side of yourself, you’re left feeling like they’ve only met half of a person. Definitely throughout the summer I felt very empowered to just be confident in my own skin, be confident in who I am. I definitely walked away reassured that I’m happy with who I am.

If there were another season, is there anything that you’d do differently?

I’d certainly have an on-call hair and makeup person. I’m not even kidding. There was no time for glam. There will be moments when I’m watching myself thinking that I remember myself rushing out. We are living our real lives as well, so I’d be rushing out of a business meeting to go film and I’d be putting my makeup on in the car. Then there’d be days that I have time for my full makeup and hair routine, which is something I do in my real life. There were moments where I felt like a disaster on TV”but that’s life. And that’s what I mean when I talk about being authentic and real”I’m a busy, dynamic woman and other women can relate to that.

How did you balance that?

I, just like many women before me and many women after me, figured lifed out. Women have an unbelievable level of responsibility and they’re expected to juggle many different things and wear many different hats and you just step up to the role. I feel like I live a great life and I have an unbelievable support system within my family and my husband and you just have to get up earlier, sleep less, do more. You don’t buckle under pressure, and many women understand that feeling”you just learn how to balance things.

What are some common misconceptions people make about your lifestyle, especially now that you’re on RHOT?

I think the one thing that was portrayed, that wasn’t very authentic to me, is that I’m not ostentatious. It’s not my nature to flaunt things and, in the show, there’s such a spotlight on wealth and material items, and that’s not really who I am. There’s an aspect of my life that is very glamorous and I love all of that, but that’s not the values that I care about in life. The values that I care about in life are not the things that people particularly think I care about after seeing the trailers for the show. Because there’s such a spotlight on our stuff and on money, people think that’s all I’m about. And, if you know me, you know that’s not what I’m all about. My desire for money comes from a desire for achievement, first and foremost. I’m incredibly ambitious, I have a love and passion for business, I very respect work and the process of working hard and achieving things that you’re proud of and passionate about. And that’s very different from a motivation that’s, I want 500 handbags. I think once people see the show, I hope that they get to know the real me and the real me is a woman that is motivated by very different things than what is suggested in the trailer. I’m not saying I don’t like the glitz and glam, but those aren’t the things that drive me. The most valuable thing that I have are my travels. I’ve been fortunate enough through hard work to travel all over the world and experience incredible places and meet incredible people. A thousand times over, I’d rather go somewhere than buy something. Everyone is going to comment regardless, but what’s true is that you can hold a standard to yourself, your family and friends, then everyone can think what they want.

You seem to have a very pragmatic view of how you approach the show and your life, but how do you handle that drama?

I did find it really challenging. I’m not one who is used to having confrontation and I tried to very loving”I’m very sensitive and caring and I really truly care for the people in my life. Once you come into my life, that’s it”you’re in, you’re with me for life. I’m very loyal to friendships, so, as you’ll see on the show as things unfold, I get hurt. I show that I’m hurt because, I find that I hold people to a standard and if they don’t act that way, it’s disappointing. But, in life, you just have to be you. You can’t expect other people to behave the way that you’d behave.

What are some of your beauty secrets, particularly when you’re trying to get ready on the fly.

Oh god. This conversation could go on for hours. I have two blowouts a week, which I find keeps my hair in check. Someone sent me this amazing product called the Ponydry, which allows you to put your hair in a ponytail and then you wash your bangs, which is the only part that gets bad. No one wants to ruin the rest of your long blowout. These are the tricks that I’ve learned”preserving a blowout is definitely one of them. I’ve got makeup down to an art”I love makeup. I find that if you just take care of your skin really well, then it doesn’t take much to glow and throw on a gloss. I also always get my lashes done. I’m already halfway there once I’ve gotten out of the shower and I haven’t even started. I try not to take it too seriously”I have fun with it. I also have great people around me that help keep me glamorous. I’m a diehard SkinCeuticals fan when it comes to skincare and, when it comes to makeup, I absolutely love Gee Beauty, which is here in Toronto. The girls who create the products at Gee put a lot of thought into them and my makeup bag is filled with them.

What are some of your favourite Toronto hotspots?

I love to go to great dinners with friends. Los Colibris is one of my favourite restaurants in the city, as well as El Caballito, where I go to have fun with my friends. Another one of my favourite restaurants is Quanto Basta in Summerhill, which is this local Italian spot that just feels like your great neighbourhood, always-dependable spot. I go to the Hazelton Hotel a lot. The Four Seasons is my spa of choice. Gee Beauty does my glam and SpaMedica takes care of my skin. Those are the places that I frequent. I’m a Yorkville girl through and through”I spend a lot of time in Yorkville. You can often find me at D-Bar, at One”at all the restaurants in Yorkville because this is where I live and it’s certainly where I play.

Stay tuned for our weekly recaps of Real Housewives of Toronto on Wednesday mornings!