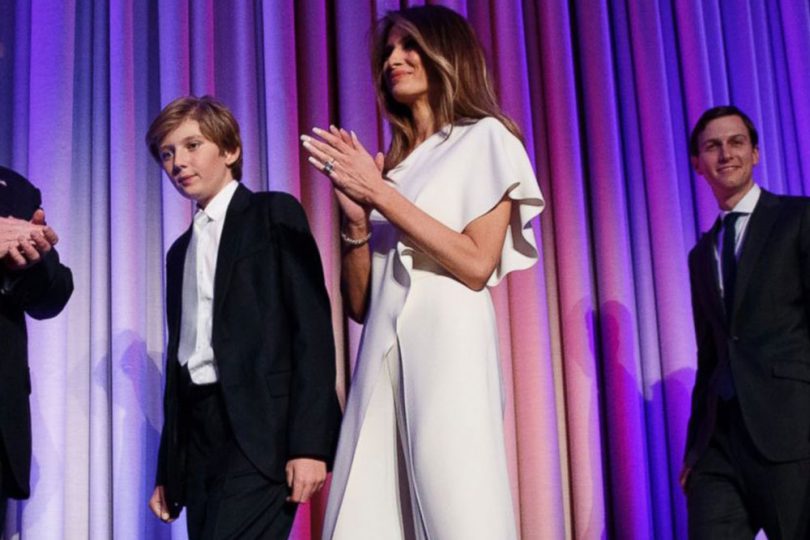 File this under disappointing: Ralph Lauren and Karl Lagerfeld will reportedly be dressing Melania Trump for her husband’s Inauguration on Friday.

“In an act of his own bipartisanship, Ralph Lauren, an unabashed Hillary Clinton supporter, is believed to be working on a gown and an Inauguration Day ensemble for the Slovenian-born former model,” WWD reports, adding Lagerfeld is also thought to be involved in another look for the day’s festivities. (“Festivities.”)

Which, okay here’s the thing: until there is an actual confirmation of Lauren/Lagerfeld involvement, we can’t really… do anything. It’s not like Ralph Lauren has confirmed the news (and neither has Lagerfeld), so aside from preparing ourselves to shake our heads in shame, that’s as hardcore as we can really get.

But if it is true — if, after dressing Hillary Clinton for all those months Ralph Lauren has opted to jump ship to the international sinking one — then we have one of our first exercises in setting boundaries. Mainly: if a designer or artist or musician or anybody gets in bed with the Trump administration, are we prepared to cut them out of our own lives too?

The thing is, it’s not like either Lagerfeld or Lauren need the money. It’s not like they need the exposure or they need to keep the electricity on in their homes or even a big break. Nope: they’re Famous (with a capital “F”) and they’re rich and they have the opportunity to work with literally any person on the planet. Which means that if they’ve indeed chosen these humans to collaborate with, it says a lot about where they stand politically, socially and ethically. Because even if Ralph Lauren does straddle the worlds of democrats and republicans, he lends itself to another narrative entirely, stated perfectly by Lin-Manuel Miranda: “If you stand for nothing… what will you fall for?”

And again, nothing is confirmed. We don’t know, we’ve only heard things. So stay diligent, pay attention, and remember that for the next four years, we’re undoubtedly going to get disappointed about a lot of things. Even if it isn’t this — which, for the record, I hope this isn’t.