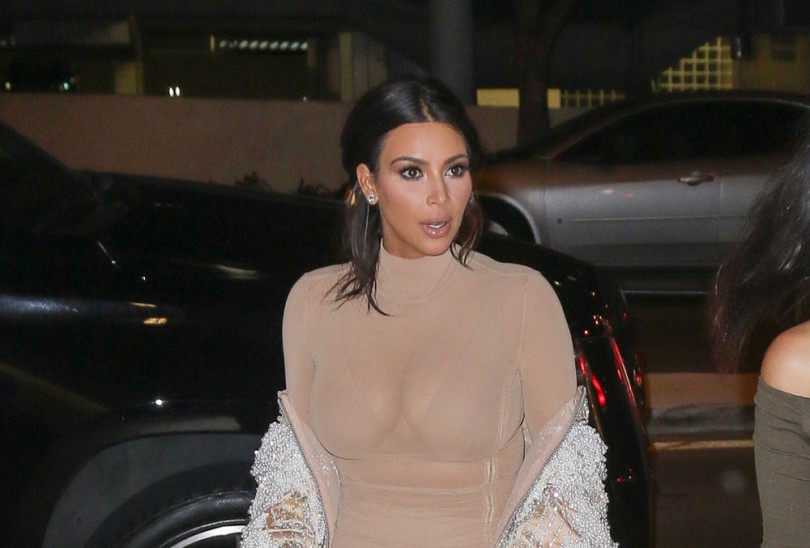 So last night Kim Kardashian was tied up and held at gunpoint at her Paris home (or wherever she was staying in Paris”whatever), while literal millions of dollars of jewelry was stolen from her. This is fucked up for two reasons:

2) People are making jokes about this on the internet.

Also, for some reason, more attention has been paid to Kanye West leaving his concert upon learning about what happened than what actually happened, but at this point I think most of us are used to the “whatever a man did comes first” narrative, so we can just collectively roll our eyes about that.

What I’m not going to roll my eyes about is the strange, upsetting conversations that seem to be revolving around this incident. So instead of answering back to trolls individually on Twitter, I’m going to stage the chat I’d like to have with them here. I am bold. (Both in font and in life.)

Hi there! So you’re making a lot of jokes about Kim Kardashian getting held up at gunpoint and robbed on the internet.

It’s not, but why do you think so?

Because she deserves it! She’s rich and she’s famous for doing nothing”

Let me stop you right there. She’s a video game designer, entrepreneur, and TV star”like, to start.

Okay, well she had a sex tape.

Well, that’s how she got famous.

You mean she parlayed a leaked sex tape into launching her own enterprise?

Okay, yeah, no. It doesn’t matter if she had a sex tape. And why do you care about her sex tape? It was 10 years ago. It happened when human beings were very, very proud to be wearing low rise flared jeans. Let it go.

Fine. Well, I still think it’s funny that she got robbed.

Yeah it is, she always talks about what she’s wearing, and who has that much jewelry with them at a time anyway. It’s her own fault.

It’s her own fault for being a rich person?

This is embarrassing for you. Here’s the thing: when you blame the victim for being attacked, you are engaging in a very dangerous way of thinking. (It’s called victim-blaming! It’s the worst!) So blaming Kim Kardashian for being robbed is ridiculous. This would be like if you blamed someone for getting held up at an ATM. Like, “Well they shouldn’t have been taking out $100 on a Friday night!”

Well, that’s not what I said.

Well it’s what you implied. You don’t have to like Kim Kardashian, but there’s no way you can justify your happiness over this incident unless you’re a legitimately terrible person.

Yes it is. A woman got held up by a group of men disguised as police officers. Think about how scary that would be. Can you imagine being at home, then being tied up by a group of strangers while they pointed a gun at you and took your belongings? You’d lose your shit. The woman was probably thinking about so many things. She was probably thinking about if she’d get to see her kids again, or her husband, or if on top of everything else, she was going to have to endure even more terribleness.

Okay, well . . . maybe she shouldn’t have been so open about her location.

Imagine you were serious about this being the reason Kim K “deserved” this?

No, goodbye. You sound idiotic. You should leave.

Where are you going?

Honestly? I can’t with this. I’m getting up, I am leaving, and I am going to walk into the sea.