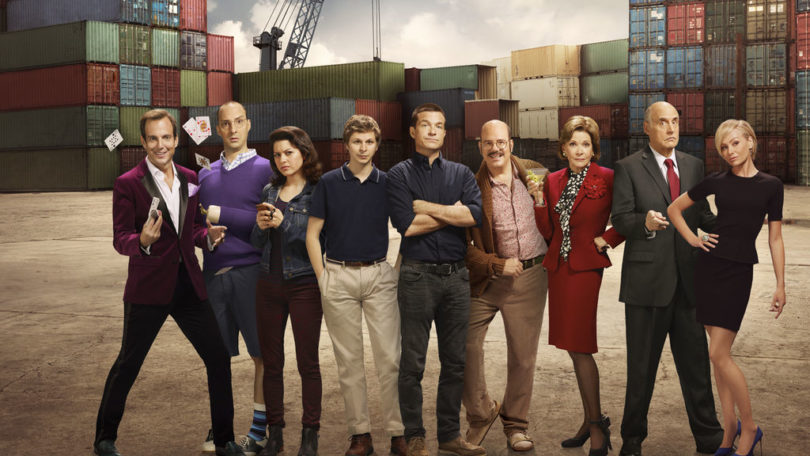 Here’s what all of you already know: yesterday, The New York Times dropped a round table interview with a number of Arrested Development stars ahead of the series’ fifth season which will stream on Netflix at the end of the month. In it, Jessica Walter (our queen and lord) opened up about Jeffrey Tambor yelling at and harassing her on-set (described as a “blowup”). And as Walter cried while recounting it, Jason Bateman, Tony Hale, David Cross, and Will Arnett made excuses for their male costar. After all, Tambor was trying now. He apologized. He was learning and growing. It happens on sets. It’s part of the process. Sometimes people are “difficult.” (Blah, blah, blah.) And even after Walter said that in 60 years in the industry she had never been yelled at that way, these rationalizations led to her repeatedly saying she had to “let it go.”

It was, in short, an “I’m sorry you’re hurt, but . . .” in real-time. It was a dismissal of her trauma, it was the boys’ club in action, it was mansplaining live and in-colour. It was terrible and it was heartbreaking and anyone who read it seemed to react similarly: what the actual fuck is going on here?

Since, Jason Bateman has stepped up and commented on the piece, acknowledging that his actions and words in the interview were inexcusable and he was wrong, and that above all, he is sorry.

Which is a start. Because had anyone in that interview simply told Water that her feelings were valid, acknowledged that Tambor’s behaviour was inexcusable, or even stated that they were actually hearing her and paying witness to her trauma, there wouldn’t have been a problem. (I mean, that’s not entirely true since there is still a very big problem: the recent allegations against Tambor have been serious and terrible — so much so that he was fired from Transparent — but that’s its own essay for another day.) Ultimately, the most shocking part of the round table weren’t the reports of Tambor’s behaviour, it was his coworkers’ attempts to play it down so he’d feel comfortable in front of the woman he had lashed out at. It was ignoring her obvious declaration that she had been hurt in an attempt to make the offender feel like he still belonged. It was a very deliberate choice. There were many times anyone (aside from Alia Shawkat who was the only person who had Walter’s back) could’ve said, “You’re right, it was wrong, and that was some fucked up shit you did, Tambor.” And they didn’t.

Of course, what makes it even more raw is that Walter’s experience is universal. After all, who among us hasn’t shared our experiences of being harassed, berated, belittled (among other things) to the tune of, “Well, he’s a good guy”? Who hasn’t been forced to watch another person’s behaviour played down in an attempt to keep his seat at the table? Whose obvious discomfort hasn’t been ignored as a means of making sure “everyone got along”? Reading and hearing yesterday’s buffet of excuses stung because we have all been subjected to them — often to the point of accepting (the way Walter was forced to) the offending behaviour as something we needed to make peace with. Like the onus was on us, after being targeted, to keep the peace. The reason we felt sick reading that round table was because we were reliving the million times the same thing has happened to all of us. Only now we were watching it happen to a fucking Hollywood veteran whose cries of “In the 60 years I’ve worked . . . I have never been yelled like that” fall on deaf ears.

I’m sure it isn’t easy to learn in real time. I’m sure that Bateman really did re-read that interview and think, “Jesus Christ, what did I do?” I’m sure none of Jessica Walter’s costars sat around planning and plotting to take sides and to undermine her pain. But that’s the point: systemic misogyny is so ingrained in our culture that what we saw was their reflex. It was their instinct to “keep the peace” and to not take sides or to keep Tambor feeling comfy. It’s only after being called out in the most public way has anyone been forced to re-examine their behaviour. Which I’m sure all of those men are currently doing, because I don’t think anybody grows up hoping to be a predator or a gatekeeper or to be complicit. And I know that lessons like that are tough. But what’s also tough is knowing your experiences will likely be met with excuses and rationalizations.

Because if it was tough to read that interview, imagine being a part of it; sitting there, crying, and listening to people you’ve known for years and years tell you what you actually experienced and acknowledging only what a good guy the offender was. The worst part? It’s happening in another capacity someplace else about a thousand times over. This is what our broken culture looks like. It’s time to re-wire our reflexes.