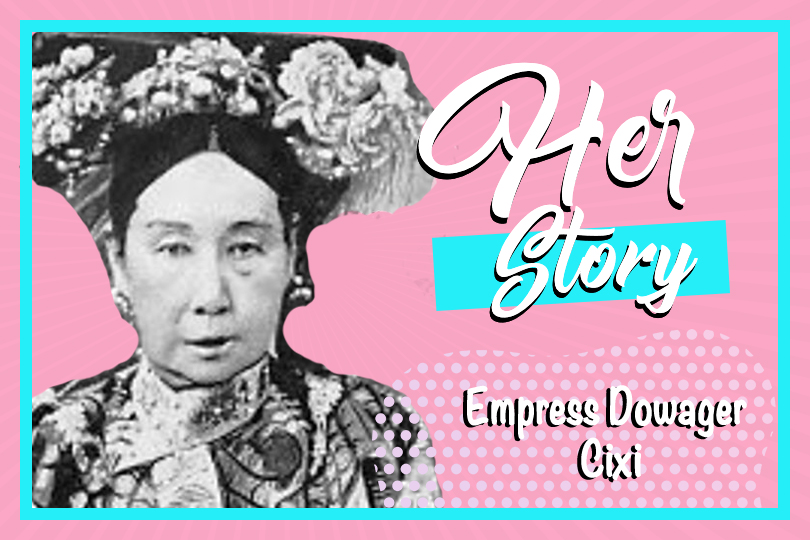 Most of us know that for much of the nineteenth century, Queen Victoria ruled over the enormous British Empire. However, what many don’t know is that in the East, another woman was in power. Now, who was this fascinating woman, who rose from royal concubine to (unofficial) ruler of China, governing close to one-third of the world’s population for nearly half a century? Read on to learn more about the life and legacy of Cixi, Dowager Empress of China.

Started from the bottom
While she technically didn’t start at the bottom of Chinese society, she started from the bottom of the ranks of the royal harem. It all started in 1852, when a sixteen-year-old girl caught the eye of the emperor at one of the regular nation-wide concubine selections. Emperor Xianfeng was entitled to as many concubines as he wished, and he chose this young woman as one of them. While this might sound nightmarish to us, this was a pretty coveted gig at the time.

Some say her birth name was Yehonala, some say Yehe Nara. When she officially joined the harem of the Forbidden City (the opulent and enormous imperial palace complex of Beijing), the court registry recorded her as “the woman of the Nala family.” Female first names weren’t considered worthy of wasting ink on. But eventually she became known as Cixi (also spelled Tzu Hsi) which means “kindly and joyous,” and this is how she is remembered in history.

We don’t know a lot about her background, but we do know that she came from a Manchu family with a long line of civil servants. As a member of this class, she was relatively well-educated in the female arts. Her accomplishments included drawing, chess, embroidery, and a bit of reading and writing.

Emperor Xianfeng started to frequent her chambers more often, and soon, she rose up the concubine ladder to be considered one of the Emperor’s top consorts (but still not at the top, top–that role was taken by his first consort and official Empress, C’ian).

In 1856, Cixi gave birth to his only son and heir, once again increasing her rank and importance.

Ruling from behind the scenes (and the screen)
When Emperor Xianfeng died in 1861, Cixi’s five-year-old son became Emperor Tongzhi. Even though she was his mother, she had no political power, and a regency council of eight elder officials (read: men) was named in his minority.

But Cixi was having none of that.

A few months into the young Emperor’s reign, Cixi made an alliance with Empress Ci’an. Rather than get bogged down by a rivalry, the two young widows, both considered “dowager empresses,” formed a partnership. They joined forces with their former consort’s brother, Prince Gong, and together, they staged a coup against the eight men in charge.

The trio, with Cixi as the political leader, became de facto rulers. They worked well together, and the government entered a temporary period of revitalization and reform. They quelled rebellions in the north and the south of China. Schools were launched. Arsenals were constructed. A modern customs service was instituted. The first Chinese foreign service office was installed. They sought to eliminate government corruption and instead, to recruit men of talent. The list goes on.

As a woman, Cixi was often separated from the men of the palace and confined to the harem. She regularly had to speak to government officials from behind a screen that was set up behind her son’s throne. And yet, her authoritative presence was felt in the room and everyone knew who was in charge.

There was a brief period when her teenage son came of age when she stepped aside so he could take the reins. But a few years later, in 1875, he died. Cixi formally adopted her three-year-old nephew and had him proclaimed Emperor Guangxu (likely, so she could continue holding power). This went against convention and sparked plenty of scandal.

In 1881, Ci’an died, and Cixi got rid of Prince Gong, which left her in the position of ultimate power. She continued to rule the Chinese Empire from behind the scenes, behind the public face of her nephew.

The later years
There was a brief period after her teenage nephew had reached his majority that she stepped aside again (like she did when her son came of age before) and into a role of leisure and retirement. They had fallen into a rough patch, anyway.

But in 1898, her nephew tried to introduce a radical reform movement to modernize the Chinese government and conservative officials resisted the reforms. It is likely that Cixi supported some of the reforms in theory, but did not support the method or speed at which they were being introduced, and how it all made China vulnerable to foreign nations, especially Western powers.

The conservative leaders turned to Cixi and they launched a coup, had her nephew tossed aside, and she resumed her regency.

But the trouble continued. A few years later, in 1900, the Boxer Rebellion (basically, an anti-foreign, anti-colonial, anti-Christian uprising) had reached its peak. It’s a complicated situation, but what we need to know is that Cixi supported the movement. This did nothing good for her image on the world stage, and in the West, her reputation was quickly plummeting. After a coalition of foreign troops captured the capital, Cixi was forced to flee and accept “humiliating peace terms.”

She returned to Beijing a few years later and began implementing some of her nephew’s reforms (on her own terms). Cixi tried to bolster her public image during these years and began warming up to foreigners.

By 1908, Cixi was aging and very ill. Amidst mysterious circumstances, her nephew died. Many believed Cixi had him poisoned so that he wouldn’t reverse her policies after her death—and the truth continues to be debated. In his place, Cixi appointed the son of her nephew’s brother, little Puyi, as his successor. By appointing a child, it is believed that she hoped to continue her regency. But alas, just one day later, she died at the age of 72.

Legacy
Cixi effectively ruled the Qing dynasty’s government from the 1860s to the 1900s, as one of the last rulers of Imperial China. She was a formidable political feature and oversaw the introduction of modern technologies such as railways, electricity, telephones, and a modern-style navy and army. Cixi is credited with bringing China from the Middle Ages into modernity.

But after her death, thanks to some pretty biased accounts–some of which were based on forged documents–her reputation was cemented as a tyrant, a Dragon Lady, and a despot. Like many misunderstood powerful women in history, she was deemed guilty of sexual intrigue, murder, and brutality.

As one recent biographer points out, Cixi was no saint—she had political skeletons in her closet like any major leader. But she was also not the wicked witch of the East that she was painted as for nearly a century following her death. Now, her reputation is finally receiving the makeover it deserves, and her accomplishments and political savvy are being recognized. We are now able to see her as the complex, multifaceted, powerful woman that she was. 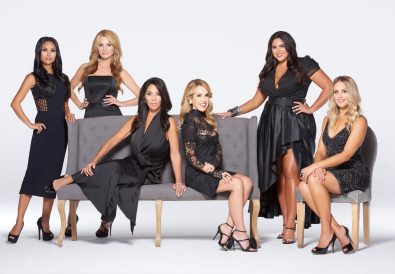 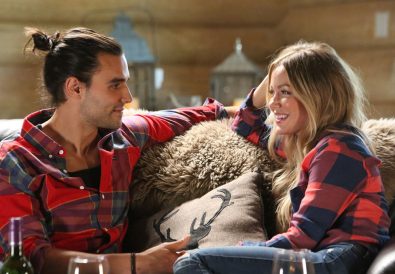