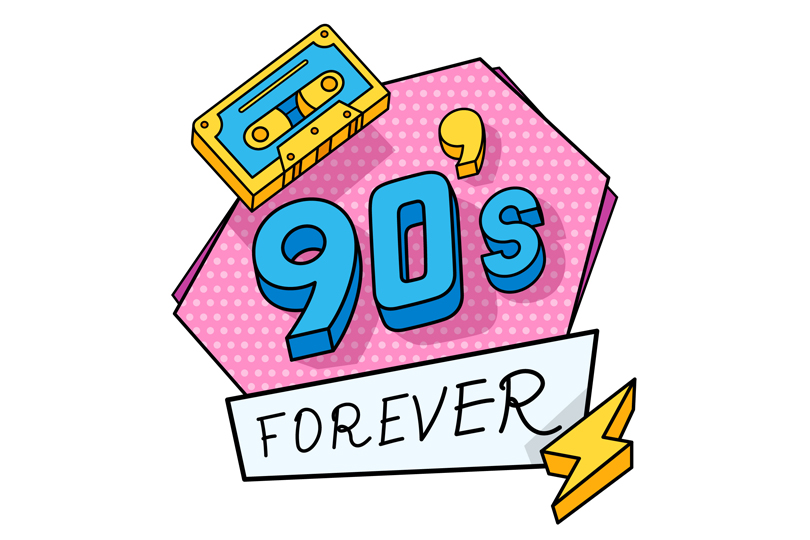 I am a child, tween, and teen of the nineties, and I morphed into a 20-something during the 00s. I played Pogs, owned a Nano Baby, and related most to Lisa Simpson when she tried to be cool during her summer on the coast. In 1999, I straightened my hair with an actual iron, and in the same year I graduated to a straightener that ran on steam (like an old boat?) and served strong, commanding, triangle locks.

I have lived it all. And now it returns.

Which, for the record, doesn’t upset me. I love old shit, and I love old shit I lived through more. As a lazy and tired woman who’s currently eating Cap’n Crunch Berries for breakfast, I’m happy to throw myself back into the past if it means I can do it right, do it better, and somehow justify thrift shopping even more.

That is, if the less glamorous aspects of the last 20 years are embraced by the masses alongside everything else. These are my terms for a full 90s/00s comeback, dictated solely by my own experiences which, to me, are the most important of all.

ICQ
Before texts, before Messenger, and before any of us knew how to exist online, ICQ appeared and created a way in which to communicate with our classmates, our crushes, and weirdos who somehow found our ICQ numbers and wanted to A/S/L us. ICQ was the cause and solution to every single social problem. It is why I have trust issues. It is why I think everybody’s mad at me unless they use exclamation marks. It is why I learned to TyPe LiKe ThiS and committed the social hierarchy of my school to memory. It was the worst. It was the best. I still hear the haunting echoes of “uh-oh!” in my head when I go to sleep at night. Texts are for amateurs. ICQ is for champions. Because if you can master the art of copying and pasting your chat history with somebody you hate to a friend without sending said history to the person you’re talking shit about, you can master it all.

And reader, I certainly did not.

Orbitz
At some point during the mid-nineties, a company I do not recall chose to merge carbonated water with small, gel balls that were meant to have flavour but tasted only of regret. They were dubbed “Orbitz,” and thanks to the texture of whatever it is you’re currently imagining, they were terrible. Now in 2022, we live in an age of novelty drinks that we feel super cool about engaging with despite all of them being literal beverages, for crying out loud. So I say this: respect your elders. Bow before your predecessors. And the next time any of you want to order a drinky-poo that requires no less than 16 steps, fight for your right to Orbitz to remember what the rest of us did for you. By fighting to bring Orbitz back.

Video dance parties
The worst thing about adulthood is that dances are lacking. I would rather eat a horse’s salt-lick than go to a club, and you can’t bank on weddings because it’s weird to assume you’ll be invited to a wedding. Enter: the video dance parties of yore, in which we all congregated together, gazed upon large screens projecting music videos, and danced like absolutely no one was watching (because they weren’t – the un-coordination was remarkable, and most of us are no better at dancing now than we were then). When I was 12, I went to YMCA dances regularly with my cousin, and when I was 14 I was thrilled to learn that my then-high school hosted a handful over the course of the year. What made video dances better than most? The giant screens create the necessary buffer to prevent any real social mishaps. Don’t have anyone to dance with? Stare at the screen. Don’t feel like talking? Stare at the screen. Don’t want to dance with somebody who’s asked you? Stare at the screen. Don’t feel like reading this piece anymore because it’s starting to seem profoundly upsetting? Stare! At! That! Screen!

Or, use it to learn the steps to Janet Jackson’s “Together Again.” Which might be the point of all of it, now that I’ve brought us here. 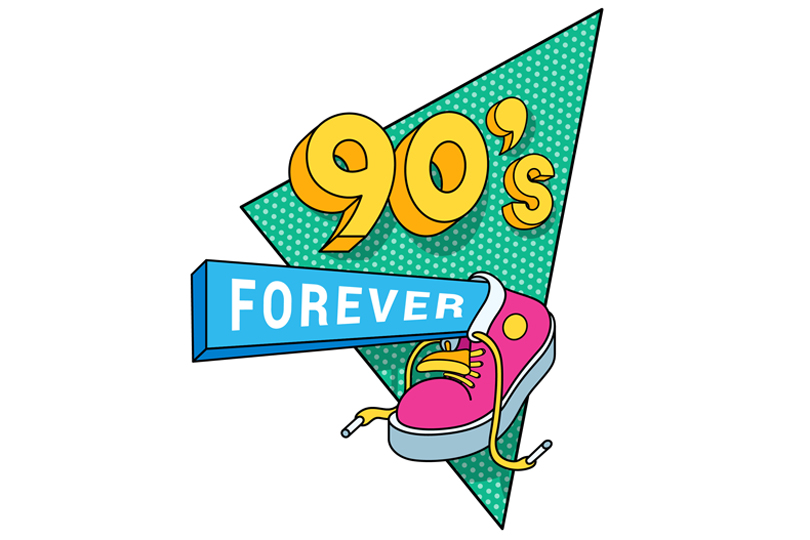 Con-Air straightening
This one is simple: you want the look of the 90s? The structure of the early 2000s? Simply pour water into an iron, meant only for your beautiful locks. Then use the steam from that iron to straighten (!?) your hair amidst the humidity the situation has just created. Do this for hours. And hours. And then hours more. And then wonder why there’s a line of wave across your head no matter how close you get to your roots. This is how you nurture glamour. This is how you hone your patience. This is how you end up with a straw-like aftermath you will rake over the coals (nay, hot mist) the next day, telling yourself you look like a movie star.

Denim pant roll-ups
I’m not a fashion maven, but I will say this: to create a look fit for “that’s so 2000s!” discourse, find your favourite pair of pants, put them on like you would normally, and then create a cuff at each ankle that runs about six-seven inches high. It doesn’t make sense, no. It doesn’t look good, not at all. But it’s important. It’s beachy. It evokes the spirit of The OC without the style budget of a Fox teen series. When wearing my cuffed pants “to the bar” circa 2004, I knew that paired with my Roxy flip-flops and spiked belt, I was making a statement. I had arrived. I was here. And honestly, with the much-more-boring adult personality I have now, I can also say it felt good not to get sticky bar floor all over my pants. For once, I was being sensible.

Skinny, long scarves worn with everything
These, however, are not sensible. They don’t make sense. They’re profoundly saddening. Yet if you’re serious about delving into the past and wrapping yourself up in nostalgia? This is your test. The rest of us couldn’t make it work, but perhaps learning that is the greatest lesson of all. 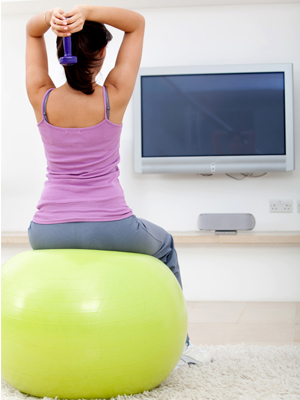 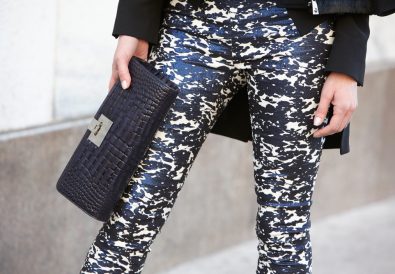 How to Embrace Frugal February 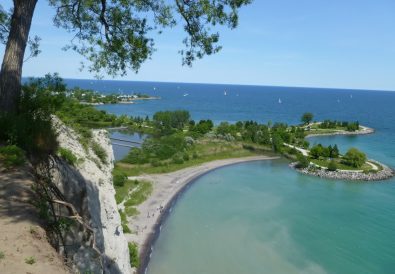 6 Things to Do in The 6ix Before the Summer Ends