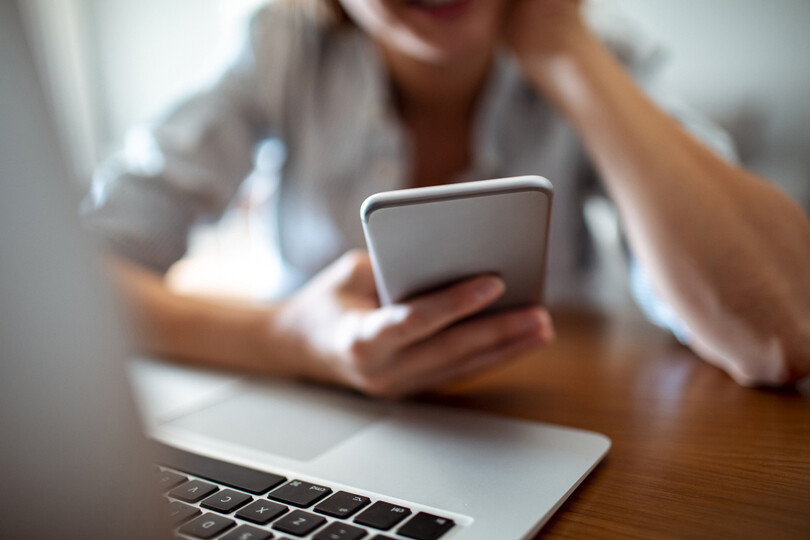 This time last year, I would rather have walked into the ocean and begun a new life under the sea than participate in a group chat. I didn’t want the notifications. I didn’t want to waltz into a conversation that was clearly between two pals and I was forced to react to. I was busy (I lied to myself). I was important (I lied even more). And at best I could entertain a three-person chat with a chain of maybe six messages before I’d consider my friends enemies for insisting that I interact instead of closing myself off to the people who loved me.

I’d talk about the state of the world, but unless you have begun a new life under the sea, you know exactly how terrible everything is. We’re all afraid and sad and angry and anxious and have come to the sad realization that there really is no end in sight. It is, as I like describe it as, incredibly fucked. And if you’ve been someone who closed yourself off in hopes of appearing perfect or all-together or busy or, or, or in the months leading up to March, you’ll know that it’s now unsustainable. To exist as an island is an impossibility. You will combust and you will feel awful and lonely all the damn time.

Of course, I told myself for a few lost months that none of the above applied to me. Yes, I felt messy and sad and every emotion most of us have been cycling through for the better part of the year, but I was special because I decided to be. I didn’t need to talk to my friends about my vulnerabilities. The only role I wanted in my group chats was to be the person who offered advice; who’d kept it altogether and kept my weaknesses far away, lest the people who know me best actually get to know me. Even with my book editors (women who have seen me as someone tough and strong and also crying and a corn-husk of a person), I tried to keep admissions of feelings (see: okay fine, I had them) far, far away because I had concocted this myth of a Completely Together Person™ that only I’d bought into. I wanted to keep my vulnerabilities saved for moments of in-person hangs or for never. My cat is an excellent listener. He can take my meltdowns in real time.

Well, no. First, my cat will kill me the first chance he gets. Second, my friends had always seen me as a person and loved me because of it. So when I finally cracked and began sharing what I’d been dealing with or sifting through as those things were happening, I wasn’t met with surprise or disbelief, but with, well, support and friendship. And as those types of conversations began happening more and more one-on-one on the phone and via text, I found them making their way to the group chats. And as my friends talked about their own experiences, instead of harbouring resentment for their ability to share and to be, I did what my old self never thought I would: I opened up to my best friends. I told them I’d been having a hard time. I told them I was feeling better, but there was a lot of work to do. And then I told them how nervous it made me to be forthcoming. I didn’t want to be a burden, I didn’t want them to think I was weak.

And evidently, by the time we were done chatting away, I couldn’t have felt further from the aforementioned. In fact, I felt the closest to them as I ever had. I welcomed their responses and the heart Emojis and the ping-pong of opening up about what’s happening with all of us, back and forth. And I didn’t feel weak or judged or anything outside of completely supported. All because of the group chat. All because I’d decided to treat it like the dinner table my pals had the guts to do for months and months.

Now, I welcome the notifications. I want to take my phone from my bag and see a million messages, maybe having to do with me, maybe not. I want to be in a spot with the people I care about and exist in a space where we can be candid about what rules and what doesn’t and “Please help me keep my shit together because I’m falling apart.” I don’t want to be too busy for my friends because I never was, and if I claimed to be I was lying to myself and anyone who was asking me what I’m up to. I want us to feel close emotionally despite being physically distant. And honestly, I want gifs and nonsense and ridiculousness, too. Because that’s real life: a stupid video followed by the revelation that ah shit, guys, I’m sad as hell followed by the image of Winnie the Pooh dancing like an absolute maniac.

Or, as I’ve finally come to understand, nothing perfect. Because whether in the group chat or in real life, none of us are fooling anyone.