I’m Breaking Up With Planners

Once upon a time (about a month ago) I loved paper planners. I loved writing assignments and appointments down, crossing them out after they were finished, and colour-coding my entire existence because I like to pretend I’m fun by using pink highlighter for any/all dinner plans.

But then this year happened. And with it, the necessity of using a planner at all began to seem ridiculous because we are all in Russian Doll where everything is the same, every day, outside of maybe one thing a week that necessitates being remembered.

And even that one thing is something pretty mundane. A physio appointment. A phone session with my therapist. The deadline for mailing back my cable equipment so that I can escape the late return fee. Every so often, I’ve gotten to throw down a socially distant friend date that becomes a beacon of hope and joy amidst the now-muted panic (it never goes away, but I’ve learned to make it a little quieter), but outside those beautiful moments, it’s more of the same: a few deadlines, random tasks I’ve thrown into the mix to make my calendar look less sad, nothing else. I can highlight ‘til the cows come home, and I’ll still be living the very same life: quieter, more cautious, and relatively small. And why would I want a paper planner with which to remember any of that?

Or, maybe more specifically, why would I want to treat this time in my life like any other time in my life? Over the last million months, I’ve learned that as much as I like to think I’m in control, I’m not. I’ve learned that micromanaging aspects of my life doesn’t mean I’ve hacked a system that’s allowed me to escape the nightmare we’re all living. No number of cute stickers and written entries will calm the existential anxiety that’s replaced my “but what if I go out to a restaurant and don’t feel well and have to drive home?” worries. (So quaint! I used to actively worry about where I’d park my car downtown.)  Even my middle school approach to summer (see: doing not very much and feeling shockingly fine about it) doesn’t necessitate the permanence of keeping track of my life with ink. What do I think I’m doing? How important do I think I am? My life, like everyone’s lives, has largely blown up and then shrunk monumentally. If I need to make that look fancy via paper planner, then heaven help us all.

So I made the transfer. I began using the goddamn Google Calendar. I inputted all important dates (so: two appointments and maybe three deadlines) and put my planner into recycling. The stickers I’d bought to make my agenda look exciting and fun I now give to my pals when I send them mail. The highlighters I bought, I now use for my school notes. I look at my calendar maybe once or twice a day, and while I still love organization and feeling in-control of nonsense things, I have no real attachment to plans anymore because I know they can change in an instant. I know nothing is written in stone, and that a Tetris-style approach to scheduling creates more work than a planner can hold. I know I am not in control of anything outside of my words and actions, and I am certainly not in control over the way the world works, even if I structure my own world within an inch of my life.

And between you and I, I like this approach better. I like releasing my grasp on something I never had a hold of, anyway. I like caring less about something so small and giving myself space to care about bigger things. I like being humbled by the realization that not even the most organized approach to being alive means that I’m really living. And I like being able to just delete a thing if I have to cancel it and then never think about it again.

Plus, I just don’t want a paper document that will force me to remember how this year went to shit. I don’t need to look at the way plans tapered off and tasks like “go to the drycleaners” replaced hangs with friends. Who needs that? It’s the same reason why I don’t journal. I’ll remember what I need to, but I’d rather be buried alive by several thousand planners than recall the months “buy sunscreen” were the pinnacle of my life. 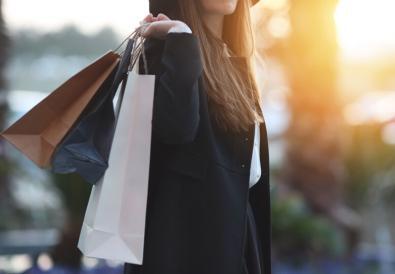 The Cardinal Rules Of Black Friday 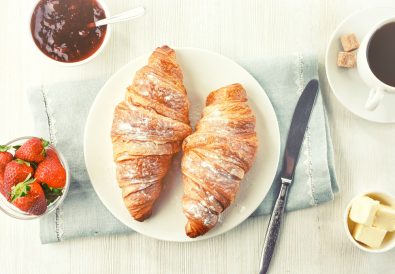 4 Flirty Fitness Activities to Enroll in this Fall