How to Manage Time During the Holidays

I love Christmas, but I hate the holidays. It's MADNESS, I know, but does anybody get what I'm saying? (Am I screaming into a void?) I hate having a week without anything to do.

I love hanging out with my friends, visiting family, listening to Mariah Carey, and watching Love Actually and crying because Emma Thompson's heart is broken. I love saying I'm going to bake cookies, and then eating most of the dough on my couch before the process is finished, and I love popping ginger Gravol like candy because I somehow managed to drink gravy like juice. So yeah, I love Christmas. I really do.

But I hate — HATE — taking time off. I work because I have to eat and pay my bills (duh), but I also work because I love what I do. I get to write and try and make people laugh for living, and despite the four years of hell that preceeded said career, I wouldn't trade it for anything. That's why when the world shuts down for a week in December, I feel stagnant. I feel trapped in non-productivity. There's only so many days off you can have — particularly in the arts — before you begin to feel like you're missing a limb, and if there's a good side to that work-a-holic admission, it's a) well, Christmas, obviously, and b) that I would make a horrible socialite/"kept woman." So to prevent me and you (since I'm assuming you relate if your'e reading this) from turning into Jack Nicholson in The Shining, here are my tips for managing time during the holidays because for some of us, all play and no work makes The Shining look like a cake-walk.

1. Be productive anyway — what do you think this is?

This is something I say I'm going to do every year, and then I do a remarkable job of somehow starting January more behind than I already was. Why? Because I let myself slip for two days and use hours of nothing-ness (as in 48 hours) translate into a Ghost Hunters marathon and pajamas and whining about the chips being too far. So here's the deal, friends and lovers and other strangers: either choose to make the holiday productive by doing work you should've done before the holidays happened, or stop complaining about having nothing to do on the holidays. Last year, I complained about having nothing to do, then stress-ate a million gummi worms after January 1st because I somehow managed not only to not do the work I needed to do, but didn't do the work I would've had to do anyway when I came back. If you're okay with this type of situation, soldier on. If you're not, between every Ghost Hunters episode, write a sentence.

I know I seem perfect with my flair for reality television and ability to rap along with "Gangster's Paradise," but hear me out, you guys: I am a human person attempting to work on things like "paying bills before Visa calls again" and "giving yourself a break." The reason that sounds crazy is because it is, though I've been told we should be able to take time off and take time out and still feel okay. Evidently, it's about changing around what "productive" means. So maybe, over Christmas, it doesn't mean writing a million words or a million equations or doing more of what it is you get paid to do. Maybe it means tackling that pile of books that's now halfway up the wall (but those are my books — leave them alone), or watching those movies you've been meaning to, or calling up that cousin for coffee because you've been the worst and put it off for many moons.

Now, I'll be honest — I hate this one, personally, because working and creating makes me happy. I am happy when I am writing essays, writing articles, and writing jokes, so it gets easy to wrap oneself up in the work blanket and engage with pals who do the same. However, we all have friends who don't do the same — and that's totally cool, and that's not a bad thing, and those are their choices so respect them accordingly. Some of our friends go to work for necessity and have hobbies outside of their offices. Others don't work at all, maybe. Others . . . well, you get where I'm coming from. So while even writing "life > work" makes me want to shed my skin and curl up under a table somewhere until I get my laptop back, we have to remember our work schedules don't trump everything. At least over Christmas. Then, in January, we can return to glorious productivity — because while I can give us tips from December 25 to January 1, as of the 2nd, my heart belongs to deadlines and projects once more. (Because damn it, taking time off may be fun for some people, but writing is fun for me.) 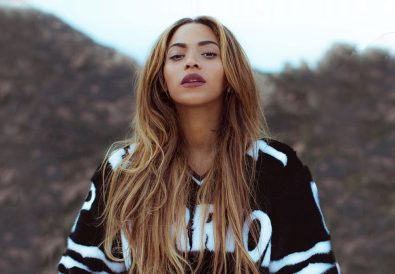 29 Things We’re Thankful For This Thanksgiving

How 2013 Took Sexism to New Heights