An Ode to Peggy Olsen and Joan Holloway (Harris) 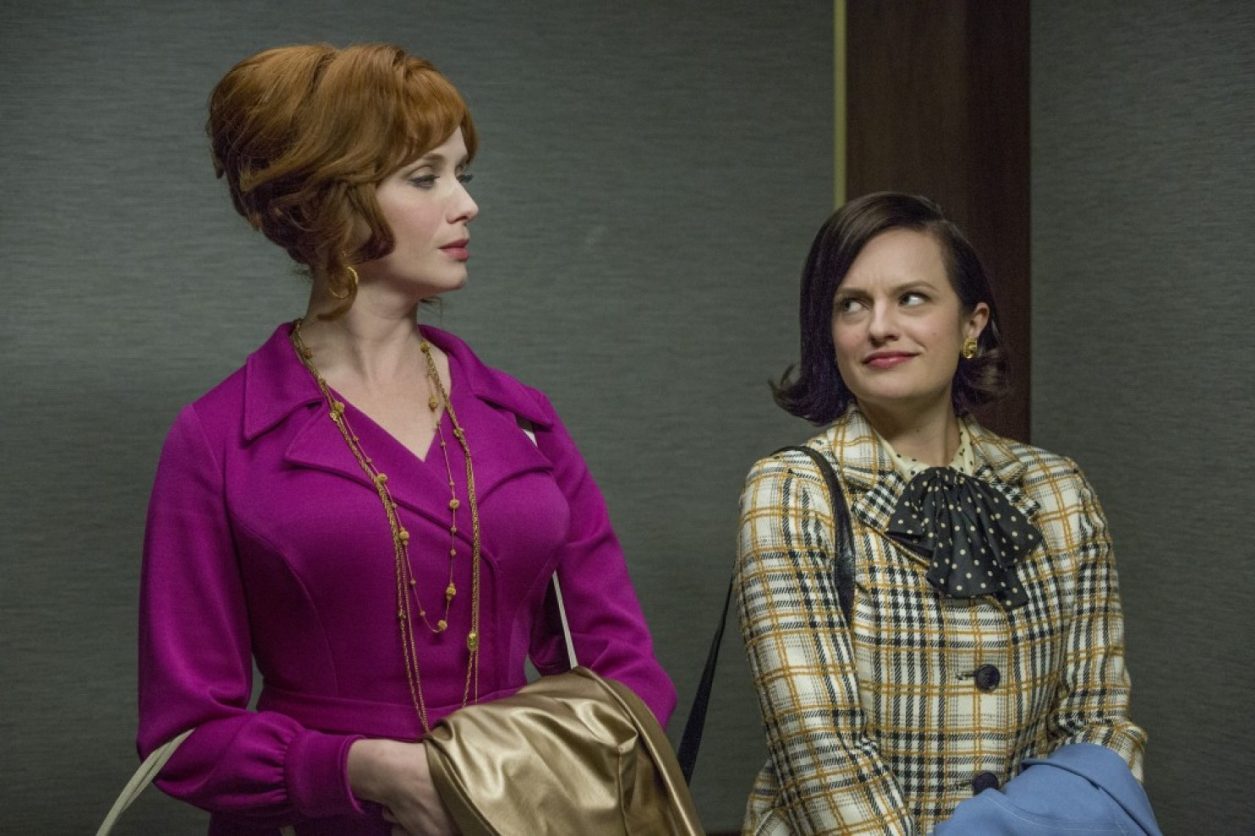 I rarely become hooked to a television show. I rarely binge watch an entire season of anything in a day. I rarely have dreams about being seduced by male characters in their sixties who look strikingly like Richard Sterling and then suddenly morph into Burt Cooper. However, with Mad Men I did all of the above and more.

I consumed obscure trailers that revealed less than nothing with heated enthusiasm. I devoured rambling episode recaps so my passionate opinions about Ken Cosgrove’s tap dancing could be validated. I requested the many autographs of the many Don Drapers at various Halloween parties and took photos with them thinking they were Jon Hamm clones only to discover after sobering up that they were far from it.

I adore just about every element of this acclaimed and already missed and how am I going to live from now on without Pete’s upset face AMC series. I adore the writing. I adore the directing. I adore the cinematography and the acting and the costumes and the set design and the editing. MY GOD THE EDITING.

But, what grabbed my attention and held onto it the most were the queens of badass-ery known as Peggy Olsen and Joan Holloway (Harris), two of television’s most inspiring, well-written characters in the history of the small screen. I was riveted by these now iconic women from day one, when Joan gave Peggy that snide, rude tour of the Sterling Cooper office. What’s great about looking back at them in season one is they are basically unrecognizable from the legendary ladies they ended up becoming in the end.

Here is everything that makes my heart swell large over the existence of Joan and Peggy in the ether of the TV (ie. my computer):

It’s unusual to see such amazing development of female characters in a high-profile drama. The Walter White arcs are typically left to, well, Walter White. The women are often there to merely support the dudes in their journey. But, in Mad Men, Joan and Peggy had, in my opinion the most fascinating arcs of anyone else. Joan went from a future housewife who wanted nothing more than a ring on her finger to accounts person to business owner and to a powerful I don’t need any man hero. Peggy went from meek secretary to brilliant copywriter to a head brilliant copywriter and to I give zero fucks and I carry a box while smoking a cigarette warrior. All other male drama writers: take note. This is how you write women.

Their dedication to their careers

Talking about their new, exciting ventures in the workplace, I found it so damn refreshing that they were this committed TO the workplace. Again, they weren’t simply a wife or a girlfriend or a sister or a mother. They had layers and interests and skills and AMBITION. They existed as their own entities and weren’t present simply to be accessories to the men. If you had removed literally every single male character from Mad Men the show would have still been breathtaking and that says a ton about it.

They got angry. They got sad. They got jealous. They got smiley. They got passive-aggressive. They got aggressive aggressive. They did not shy away from what was pumping through their hearts at every moment. Again, deep emotional reactions results in excellent characters. It’s what draws the audience in and makes them think they’re genuinely friends with these not real peeps. Also, the more extreme the feelings involved the higher the stakes and the better the storytelling.

Speaking of getting pissed off, Peggy and Joan definitely got mad on the frequent and in great amounts. Sometimes it was unreasonable. Sometimes it was directed at each other. Sometimes it was scheming and underhanded and self-aggrandizing. And I soaked up every fiery minute of it. ˜Cause, another reminder, women are human beings and human beings aren’t perfect. Female characters have to be allowed to make mistakes and recover from them. Writers tend to worry that this means they’ll come off as unlikable but why do women have to be likable and men can do whatever the hell they please? Equality is making everyone unlikable and likable at the same time.

Their desire to love and be loved

One of their flaws definitely isn’t their willingness to open themselves up to the possibility of love. This really makes me tingle all over. ˜Cause again, LAYERS! If a female TV character is career driven she’s regularly a tyrant who feels nothing for anyone and would eat her own babies if it meant getting a promotion. But Peggy and Joan have been in amour several times throughout the series because they want the career and the relationship, as they should. Hell, the series even ends with a romantic comedy type moment between Peggy and Stan. Joan might give her man the boot but I foresee someone showing up later who is worthy of her.

Their intolerance to Don’s bullshit

Few women stood up to Don Draper in the seven seasons of Mad Men but Joan and Peggy would not bow down to his sleek hair, sharp suits, and bold whiskey drinking. Peggy quit and Joan helped in getting him fired. Hell yeah, sisters. You deserve better than Don’s complicated, I have issues with women and myself ways. WE ALL DO.

Confidence is something I’m trying to build in myself constantly and Peggy and Joan are my mentors. In the last few episodes of the show I was so impressed by their ability to walk into a room and say This is what’s going to happen without questioning themselves for a second. As women we are socialized to question ourselves, specifically when we are challenging men, or instructing men, or arguing with men. But, Joan and Peggy were like Nah. You’re garbage and if you don’t listen to me there will be repercussions. Bless them forever.

Their friendship with each other

When Joan and Peggy had lunch in the series finale, I cried. Heck, I sobbed. Their respect, admiration, and love for one another is a true thing of beauty. It might not have started out that way but boy did it end that way. For me, it was also a comment on female interactions and how they can sometimes be vile, competitive, and malicious because of society’s ingrained obedience to the patriarchy. Women are taught that men have the power and we need to get on men’s good sides by taking down women. Dudes pin us against each other and try to convince us that our value lies in how many guys we can seduce. But Joan and Peggy crushed that barrier hard. They drank alcohol together and trashed Don together and made advertising magic together. All women need a Peggy and/or a Joan in our lives. 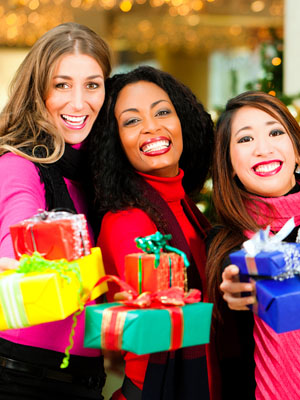 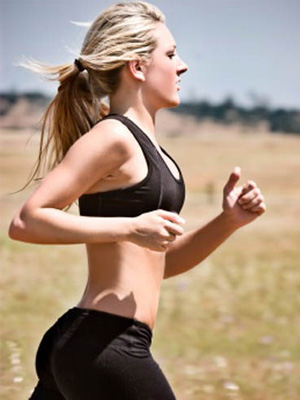