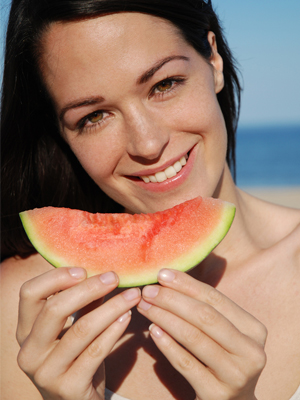 Summertime calls for more social gatherings, patio drinks and basically, less time devoted to slaving away in the kitchen. Not to mention, time spent outdoors is scarce post-work hours, so we tend to take advantage come supper. Whether we’re BBQ-ing for friends or ordering grub at a restaurant, it’s important to know what foods to ingest, and what’s in season!

Beets
This superfood thrives during spring and summer months. Not only are beets fat-free and low-cal, but an ideal source of Vitamin C and potassium” which has been shown to reduce blood pressure. This veg is also high in beta-carotene (a prime source of Vitamin A) which makes up the beet’s bright colouring. Need a fun summer salad idea? Post-boiling, slice up the beets (we recommend yellow and purple hues), add in some goat cheese and top it off with a balsamic vinaigrette drizzle.

Figs
Think of figs as the sugar of health. These round-shaped wonders will add zing to any summertime meal. They’re also chock-full of fiber, iron and calcium. While their caloric intake is denser than your average fruit (about 47 calories per large fig) they make up for it by being low in sodium, saturated fat and cholesterol. As a fig finder tip: analyze the skin and make sure the fruit isn’t too mushy. It’s also the perfect ingredient to mix into a salad for a nutritious, sugary burst.

Blueberries
This antioxidant superfood is an ideal breakfast fruit. Whether you throw a handful into a smoothie or toss a few into your morning cereal, it’s a fruit all other luscious foods will envy. I mean, not only are blueberries cute, but in recent years, studies have suggested they have the potential to prevent cancer. They’re also high in fiber, Vitamin C and Vitamin K. However, despite the fact that blueberries are surging with health benefits, they also have a high sugar content. In other words? Consume in moderation.

Watermelon
Most underestimate this succulent fruit, by passing it off as the water of produce. It’s true that the bulk of a watermelon is composed of water (as its name suggests) but it ranks high in a number of other nutrients too! The melon’s pinkish hue is actually a product of the chemical lycopene, which acts as an antioxidant. It also contains Vitamin A, C and B6, helping to build a healthy immune system. While we’ll gladly gorge on watermelon slices regardless of the health benefits, our reasoning can now reach beyond its juiciness.

Kale
Reminds you of seaweed, doesn’t it? While the appearances are similar (and both extremely nourishing!) kale is a leafy green that grows in soil“ not salt water. Similar to seaweed, however, kale is one of the best super foods out there for you. It’s fat-free, low in calories and sugar, full of fiber, protein, iron, calcium, magnesium, potassium¦ the list goes on. Did we mention it’s packed with vitamins, has cancer fighting qualities, and contains more carotene than carrots? We recommend crisping up this food blessing in the oven with a hint of olive oil, and sprinkling it with parmesan cheese. 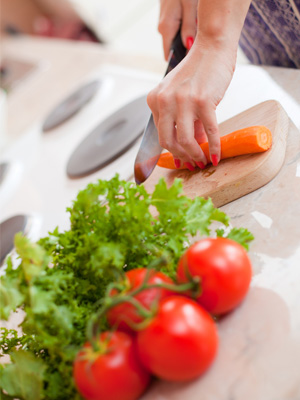 The Benefits of Eating Fresh 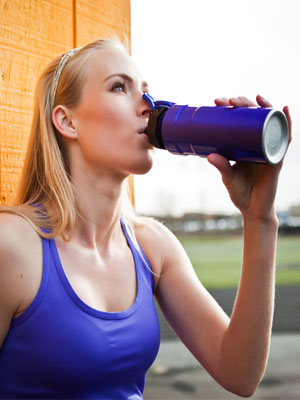 Best Foods for Your Workout