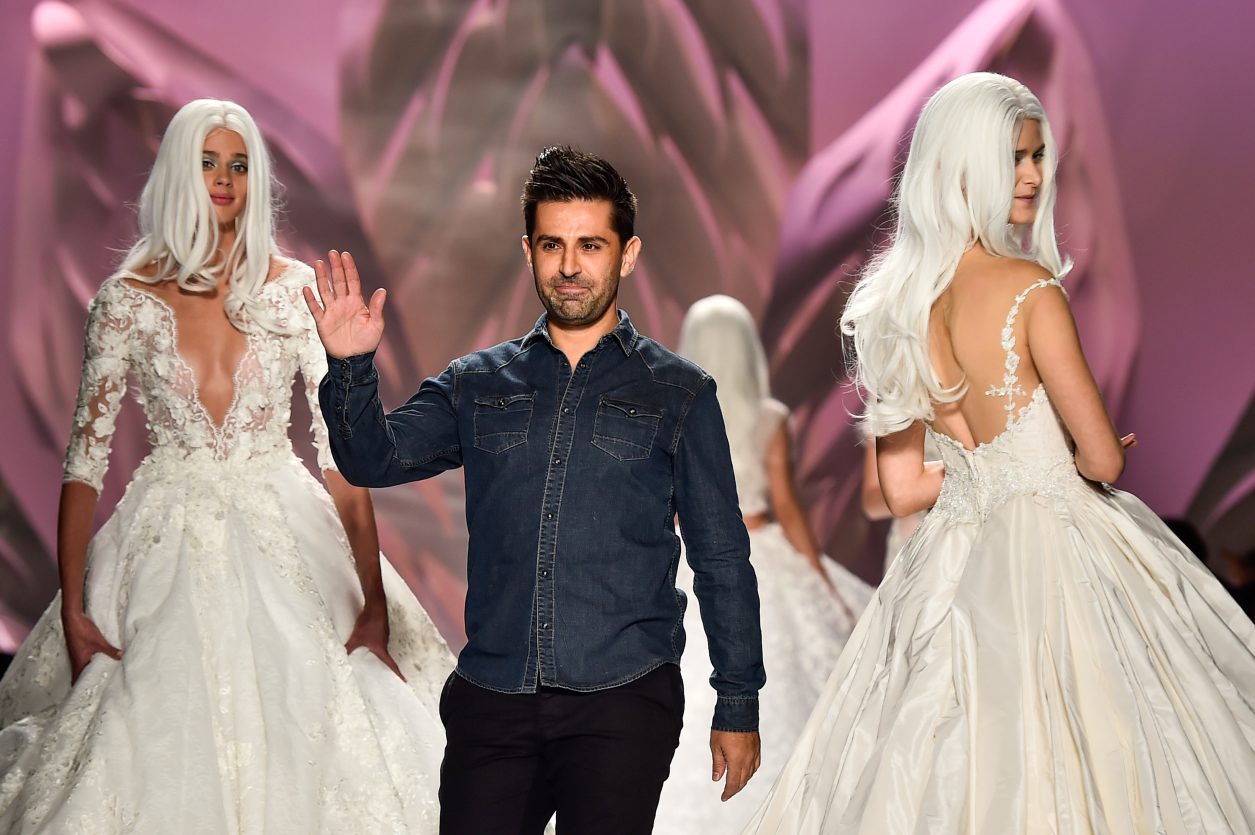 Toronto’s World MasterCard Fashion Week has wrapped and we’re looking back at some of our favourite moments from the spring/summer 2016 shows. While we tend to favour the fall season in Canada, since so many Canadian designers are known for their superior outerwear, the spring shows still had a lot to offer. Here are our top ten stand-out looks:

Catch us in the Hamptons next summer rocking this peacock printed one-piece from Hilary. We’re obsessed. 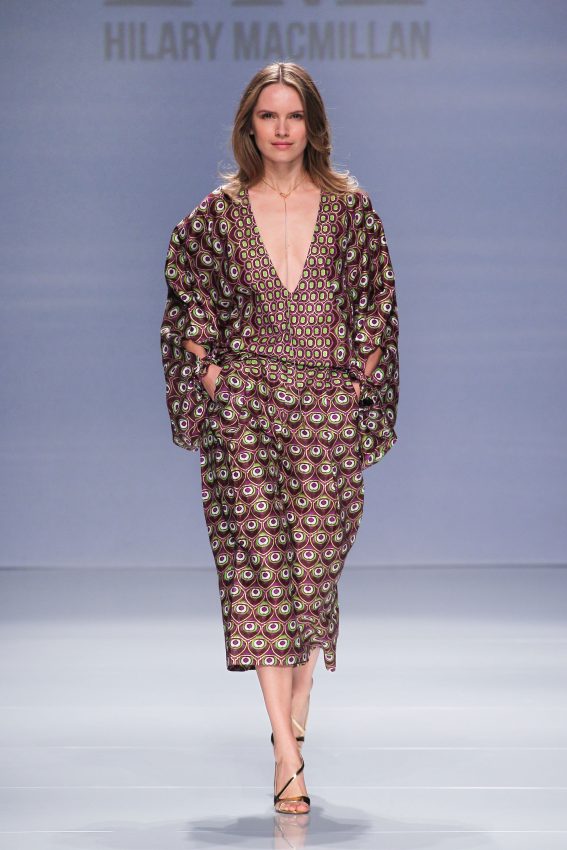 When this suede 70s-inspired combo came down the runway everyone leaned in to the person beside them and said, “I need that.” Literally, everyone. 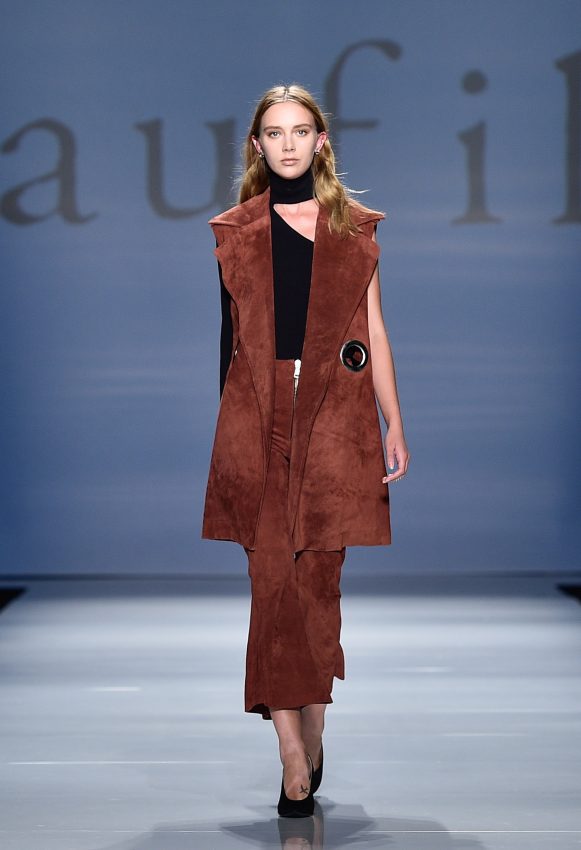 We can always count on Haley for fun and cheeky prints and this hot pink and blue poodle number had us all smiling ear to ear. This is what summer style is about! 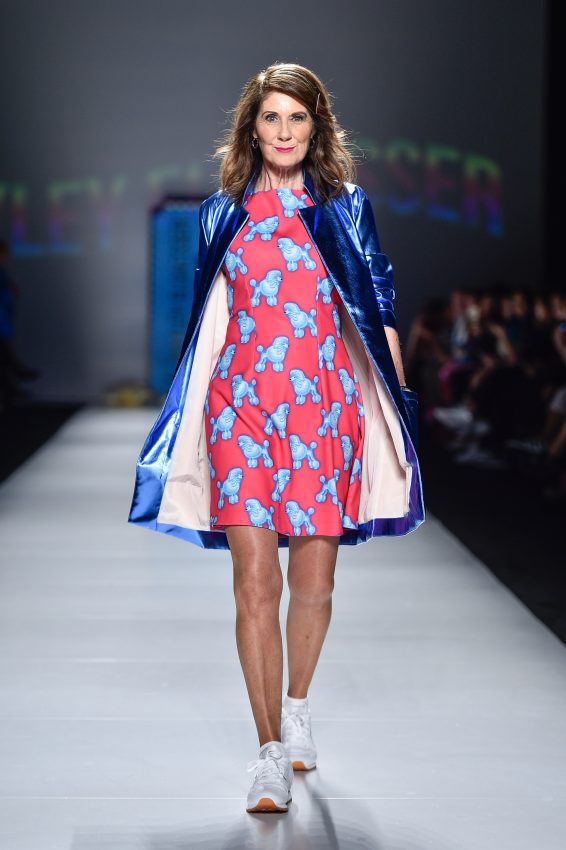 There is no better way to open a show than with a bright orange, knockout, bad ass, sexy leather look. Always true to their rock star signature style, this show was full of looks we could see being worn by the likes of Gwen Stefani or Rihanna. 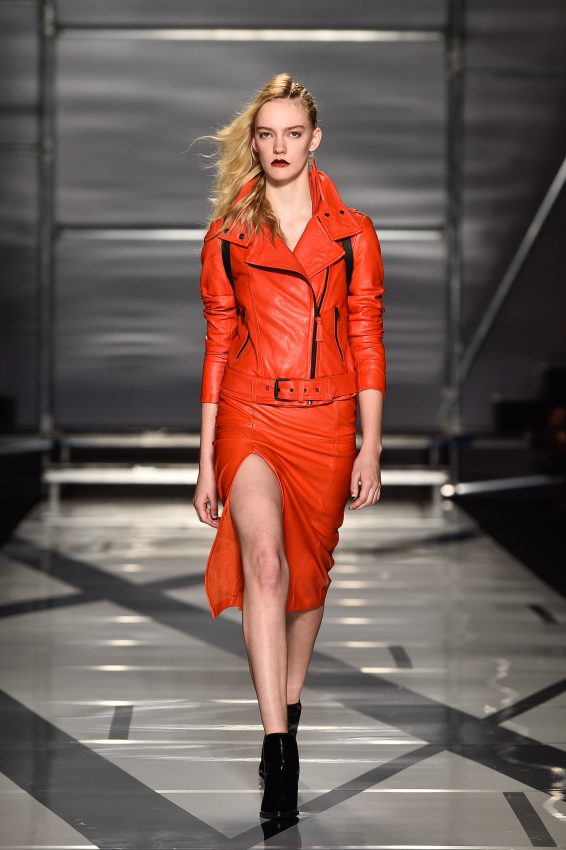 This neoprene peplum set in pale pink is on every front row fashionista’s must have list. 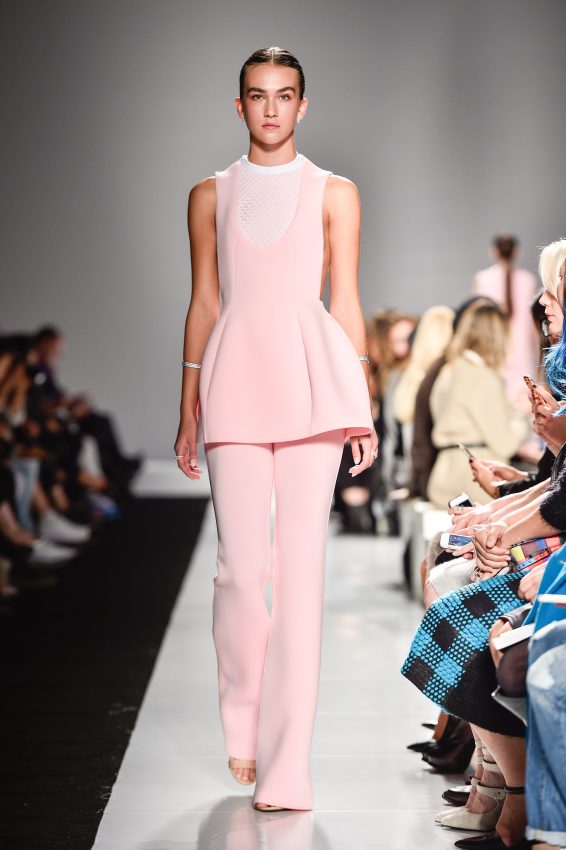 This season’s closing show did not disappoint. With gowns suitable for an A-list wedding, it was one jaw dropping look after another at Mikael D. We were especially fond of this couture cropped top and skirt that literally floated down the runway. 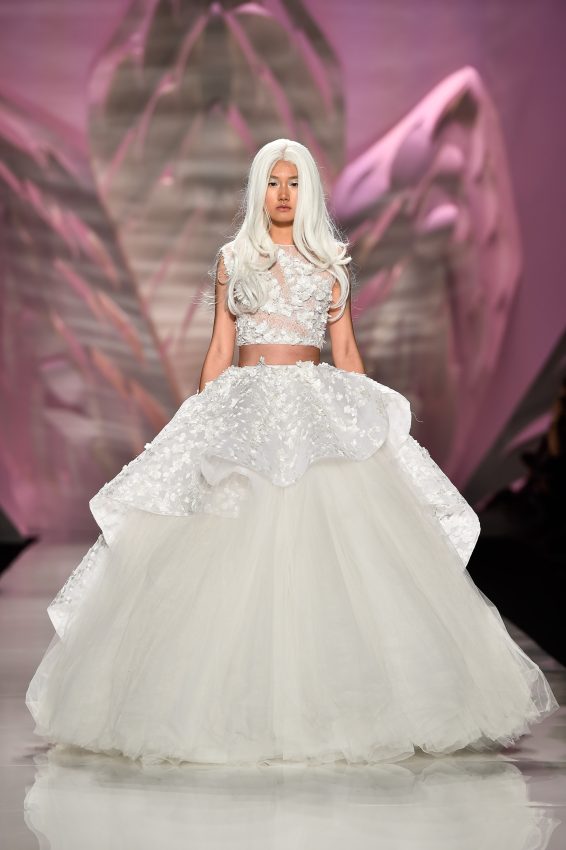 Sid Neigum was the “designer to watch” this season after receiving numerous accolades this past year, including the Mercedes-Benz Start Up competition and the Swarovski award for emerging talent in fashion at the Canadian Arts and Fashion Awards. He stayed true to his signature origami looks with this show-stopping white closing number. 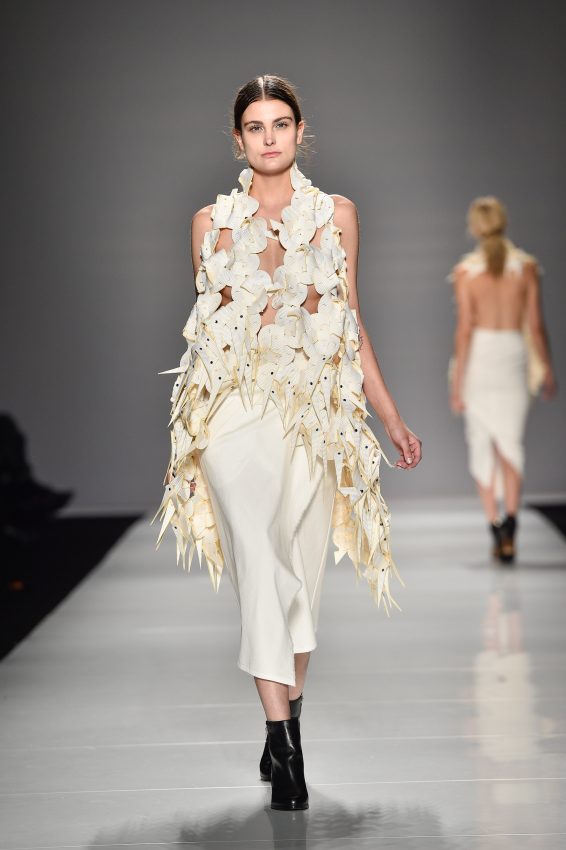 All hail the Queen! This gown is the perfect mix of pretty and powerful. The floral print and beading made a commanding statement on the runway. 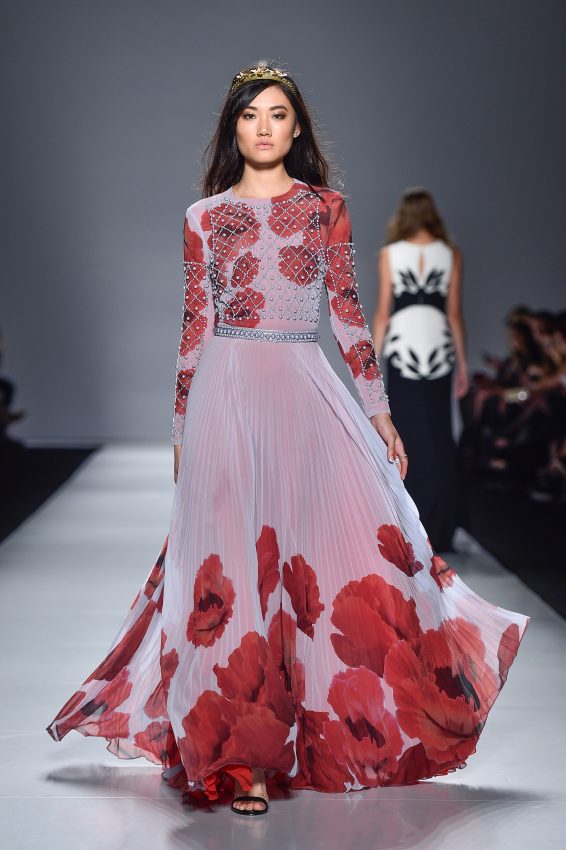 White on white and fringe? This Rudsak look had everything we’re looking for in a spring outfit that makes a statement.

Pink Tartan served us sexy 70s glamour on a platter. The prints and silhouettes had us all racing to dig into our mother’s closets to see if we could recreate these iconic retro looks. 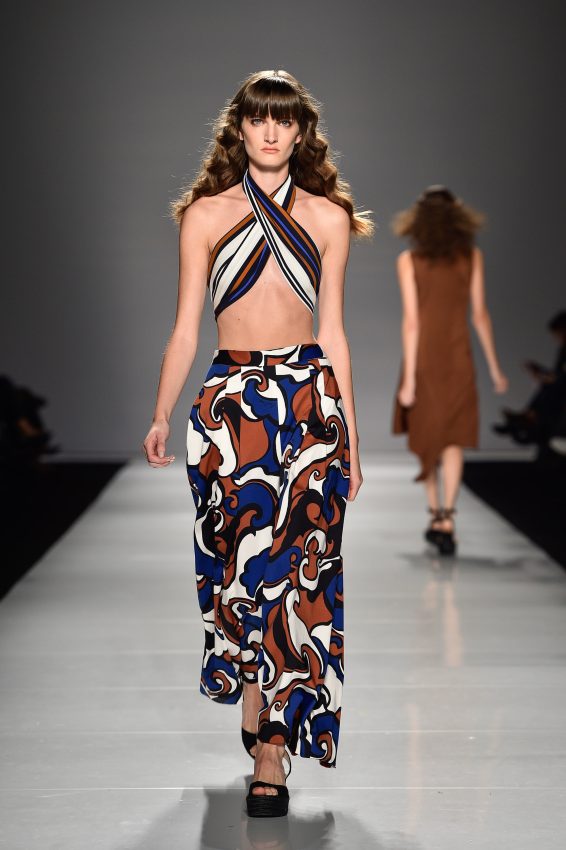 The details in Mikhael’s show were second to none at this season of World MasterCard Fashion Week. This look was a piece of art. 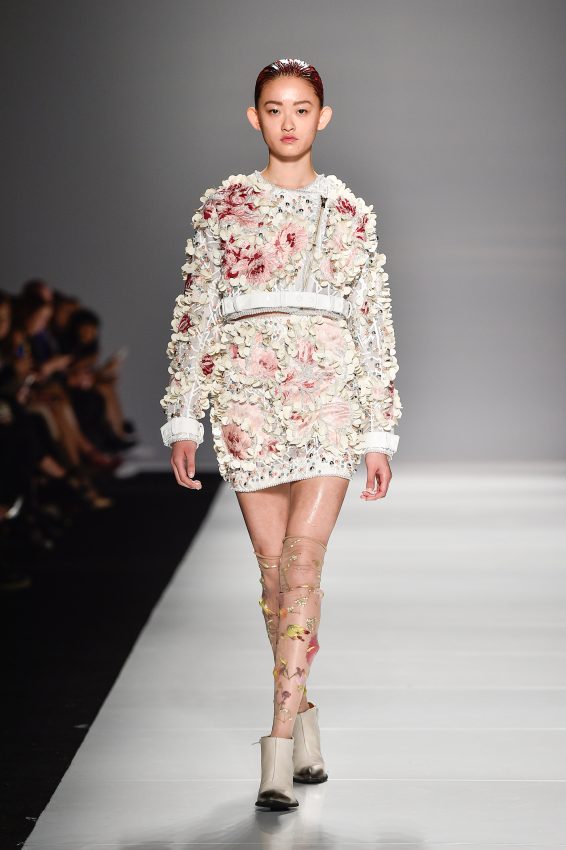 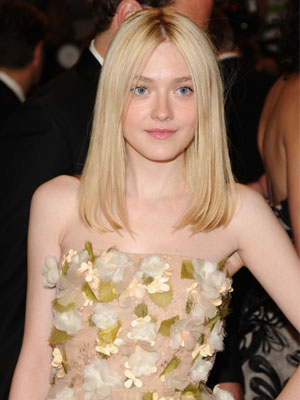 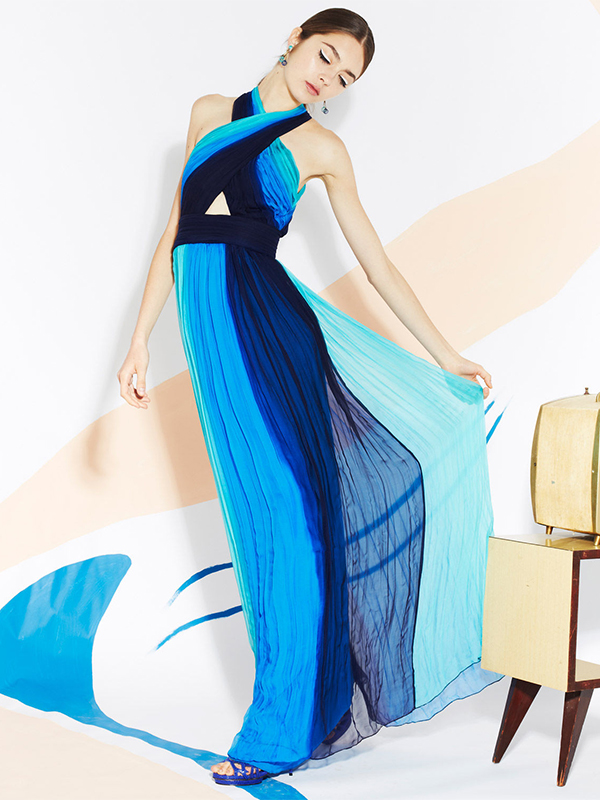 What to Wear to a Destination Wedding 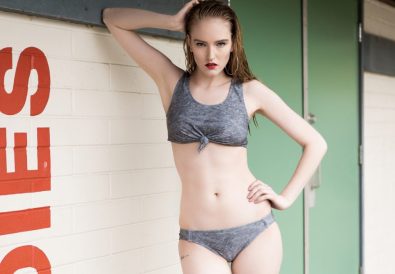 8 Of The Best Swimsuits That Are Beyond Basic