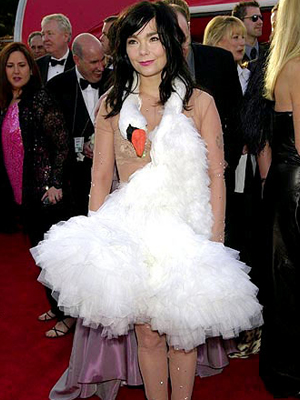 This Sunday, one of the biggest nights in pop culture descends upon us with the Academy Awards. And while the movies are the point of Oscar night 2012, it’s the red carpet that will keep us talking. So with the spirit of fashion in mind, here are the Academy Awards’ five biggest fashion disasters. Don’t try this at home.

There’s something to be said for a woman willing to wear a dress shaped like a swan. And while the Icelandic music queen can do no wrong in her artistry, the infamous swan dress cannot be justified. (Unless worn as SNL skit, preferably by Kristen Wiig.) 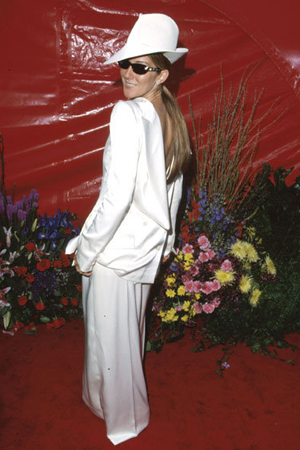 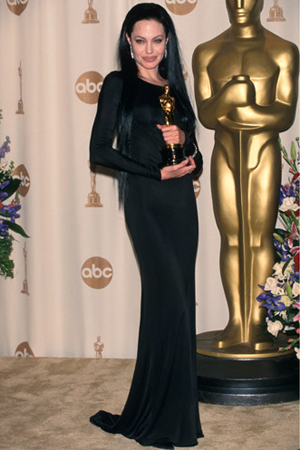 Evidently, 2000 was not a great year. And while Angelina Jolie earned that Oscar win for her turn in Girl, Interrupted, her homage to Morticia Addams was a bona fide don’t. Between the un-styled black hair, the black dress and the intimate moments with her brother (WHY), she almost made it impossible to stage a fashion comeback. Almost. 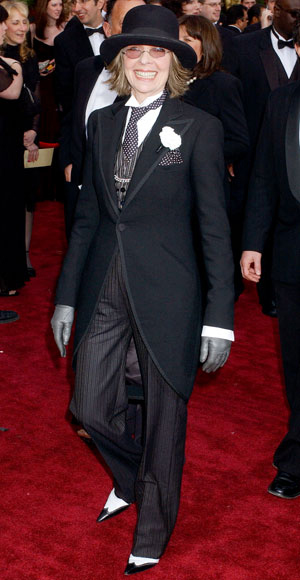 We love ourselves some Diane Keaton, but even the queen of gentleman-inspired fashion should’ve toned down the suit, tie and pants at 2004’s Oscars. True, she’s earned her right to wearing whatever, but thanks to the gloves, hat and carnation, she looked more like a My Fair Lady extra than an award-winning actress. 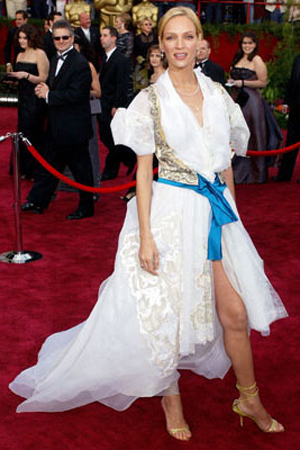 Another 2004 mishap, Uma Thurman’s homage to fairytales (maybe?) became a bridesmaids’ worst nightmare. With puffed sleeves, a full skirt, gold and bows, the normally fashionable actress used the Oscars to prove herself capable of dressing badly. Thankfully, she dresses well every other day. 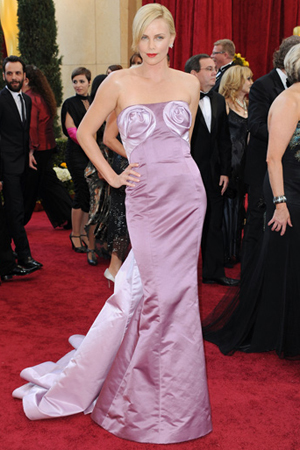 Charlize Theron can usually do anything right, so imagine the shock of seeing the rose embellishment-clad lavender gown on the 2010 Oscar red carpet. Topped by a long flowing train and wrinkled fabric, she channeled prom queen over Oscar winner “ only to reclaim her place as a fashion elite for award season 2012. 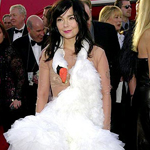 White Handbags to Rock this Summer 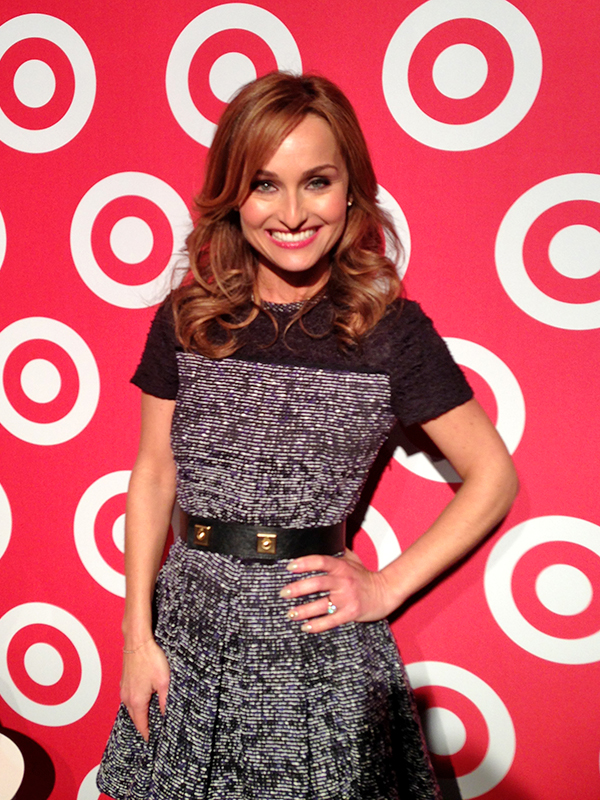