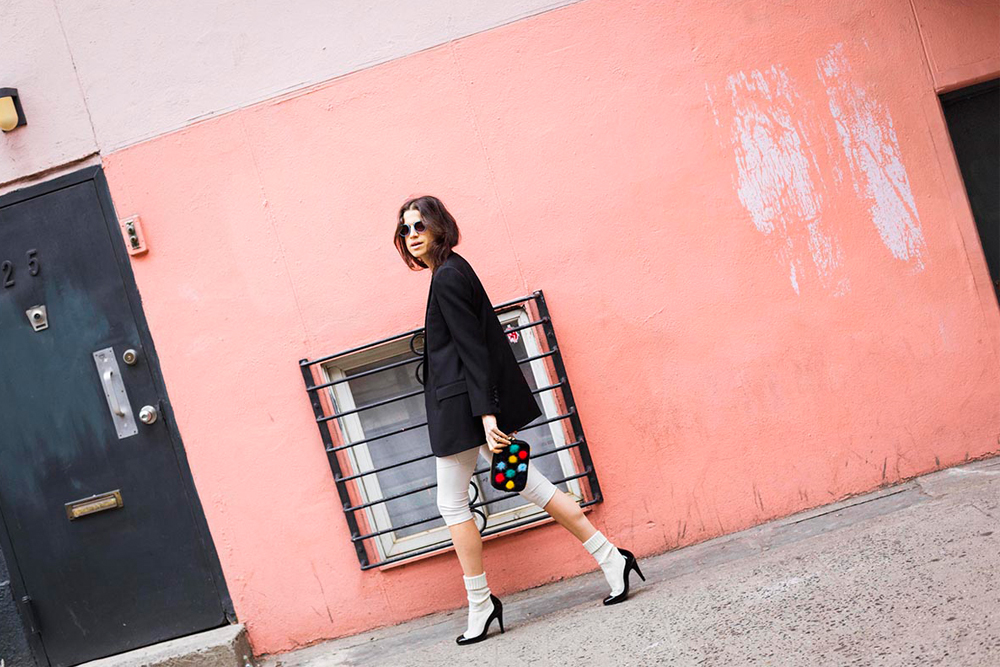 This week, Sienna Miller was interviewed for WWD and she went into why she’s begun shunning more traditionally feminine pieces for what she describes as “Do-Not-Fancy-Me Clothes.”

“I don’t really know where it came from, but I’m quite into quite masculine workman’s clothes,” she said. “I keep getting drawn to baggy, sort of chimney sweeper trousers and tweeds. High-waisted, bunched-up things, and slightly odd shoes. I used to be quite flirty and quite sexy, and now it’s just like, ‘Do not fancy me’ clothes. The more unattractive I can make myself, the less flash I can possibly show, the better.”

And, like, I get it. I get it as a former 20-something who’s dressed very flirty and sexy and I get it as a 31-year-old woman now, who, despite still loving clothes, has absolutely no interest in dressing to attract men. (As one of my best friends said, any guy who likes me will be in awe of my rage, anyway — so I doubt they’ll have enough time to be in awe of my clothes.)

And I say this as a single woman who identifies as cis and hetero, and who has spent many years dressing to try and make guys like her. I dressed based on fad and based on music taste and based on what I saw girls the dudes I’ve liked used to date once; I’d selfie for the purpose of hoping they’d see me, love me and decide I was worthy. My clothes were a costume that I organized and structured as a means of seeming interesting or cool or whatever-what’s-his-name-mentioned-looked-hot. Everything I wore was threaded with the context of “I hope he thinks I look good in this.” Via my wardrobe, I spent so many years auditioning for a role as some dude’s plus-one.

I remember writing about this years ago, telling myself that I had grown out of it and that I was dressing “prettily” and traditionally feminine with the ethos of embracing either because that was Who I Was/Am. But I also know that, at the time, the guy I liked happened to like women who dressed that way too. And the guy before then thought it was cool that I wore ironic sweaters and cut-offs with tights or tried to emulate Zooey Deschanel, circa 2010. And so on and so forth. And while no outfit has ever been forced on me, I low-key forced myself to follow a made-up dress code based on what I thought made me good enough. I was almost 30 before I stopped morphing myself into a smaller version for accessible consumption. I was almost 30 when I realized I was too tired to give a shit.

Which was the anticlimactic revelation.

No one said anything mean, no guy said “I liked you better before” — nothing happened, minus my slow and sure inability to care. I started buying clothes because I liked them, picking t-shirts and jeans and dresses that reminded me of my favourite movies or scenes or characters or the feeling I’d get when I’d hear a certain song. I started buying what I felt unfuckwithable in, whether that be a vintage sweatshirt and dad jeans or a lace tank top and cut-off overalls, and I wore everything because I felt like the best version of myself (the real myself) in them — not the understudy for the supporting role in a man’s narrative. I layered, I took risks, I blanketed myself in sweaters and scarves and figured that as long as I felt good, I looked it — and if somebody else thought I didn’t, they could certainly go fuck themselves. If they couldn’t handle trousers, that was weird and goodbye forever.

Because who among us has time to care? Who here has the time to dress with the purpose of attracting a some dude? And what actual relationship even starts that way? (“I saw you wearing your particular garment — I also enjoy very large plaid jackets.”) I mean, notice me for many reasons: for how funny I am or how smart or how hardworking or how I will out-loud everybody or how I will get into a fight with someone at a Jays game. (It’s fine, it’s okay — it was just a lot of yelling.)

But I don’t dress to be noticed in that way anymore. I dress to evoke exactly the amount of power I need to make it through the day, or to top up my own self confidence, or to feel like a business bitch. I dress because it’s fun to get dressed and I think my sense of style is pretty good, thank you for asking. But if you’re a guy, and I like you, it’s a bonus that you like the sweater I have with sheep all over them. Just know that I am certainly not wearing it so that you’ll like me. 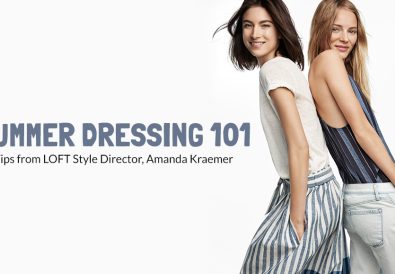 Summer Dressing Tips from a Pro

How To Make the Top Spring 2011 Trends Your Own