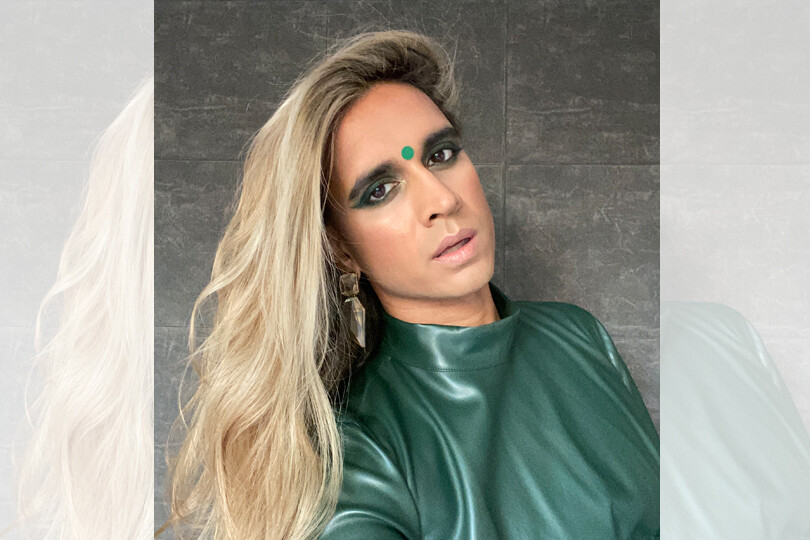 Pantene Canada has partnered with trans artist Vivek Shraya in support of the brand’s global ‘Hair Has No Gender’ project. The new video series aims to amplify the voices of the transgender and gender non-binary communities, and show the power of hair in expressing personal identity.

The project is a follow-up to Pantene’s 2019 initiative that featured a cast of trans and non-binary activists sharing their hair stories, through honest and personal accounts of their transition journeys.

This year Shraya, a multidisciplinary artist who was raised in Western Canada, joins four other European trans and gender non-binary Pantene ambassadors to take part in a new film series that explores the importance of emotional support from family and friends. Other ambassadors include Angela Ponce (the first openly transgender Miss Universe contestant), Lea T (a Brazilian-born, Italian-raised transgender fashion model), Travis Alabanza (a London based performance artist), and Johanna (a Sweedish business woman).

Shraya has established herself as a unique voice in Canada’s LGBTQ community through her music, art and writing. She has released several solo albums and she’s also released music as one-half of the duo Too Attached, with her brother Shamik Bilgi. Her album, Part-Time Woman, which she recorded with the Queer Songbook Orchestra, was nominated for a Polaris Prize. She has also published several essays and is the founder of the publishing imprint VS. Books. She is also the author of God Loves Hair (2010), She of the Mountains (2014), even this page is white (2016), The Boy and the Bindi (2016) and the much-praised memoir I’m Afraid of Men (2018), a poetic examination of the misogyny, homophobia and transphobia she has experienced throughout her life and the cumulative damage it has caused. Most recently, Shraya published Death Threat (2019), a slim hardcover graphic novel she created with Toronto artist Ness Leeand colourists Emmett Phan and Heng Tang, and The Subtweet (2020), a no-holds-barred examination of the music industry and making art in the modern era.

This week, Shraya takes centre stage in Pantene’s long-term commitment to create great hair days for everyone. Shraya and her father, Mohan Bilgi, appear in a short film to share a unique Canadian perspective about the power of hair to express identity and the importance of support from loved ones. In the video, the two explore the various forms of acceptance. 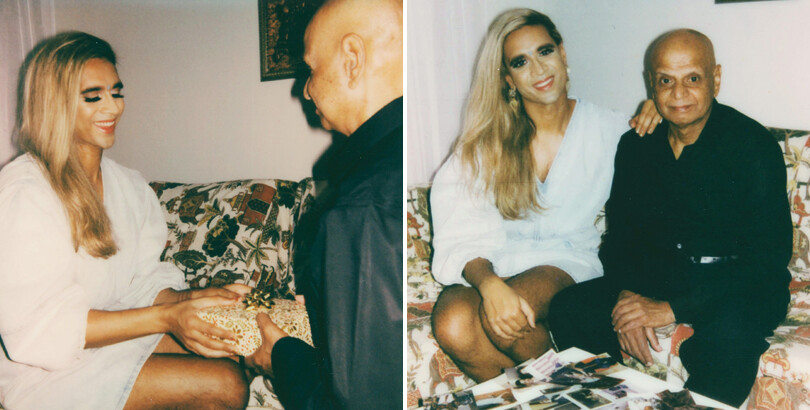 “Doing this with my dad feels special because it gives us something documented of our relationship and how it’s changed over the years. We didn’t get to spend much time together when I was growing up because he was working hard to provide for us, so we don’t have many photos together,” says Shraya. “I’m so glad we’re able to connect now, as adults, and be part of this incredible project together.”

In addition to Shraya’s #HairHasNoGender short film, Pantene will also donate funds to facilitate inclusivity training for hairstylists across the country in partnership with Dresscode Project, which was founded by Toronto hair stylist Kristin Rankin.

To watch the more from the #HairHasNoGender film series, you can visit Pantene’s YouTube channel.