Give Me Viktor & Rolf or Give Me Death 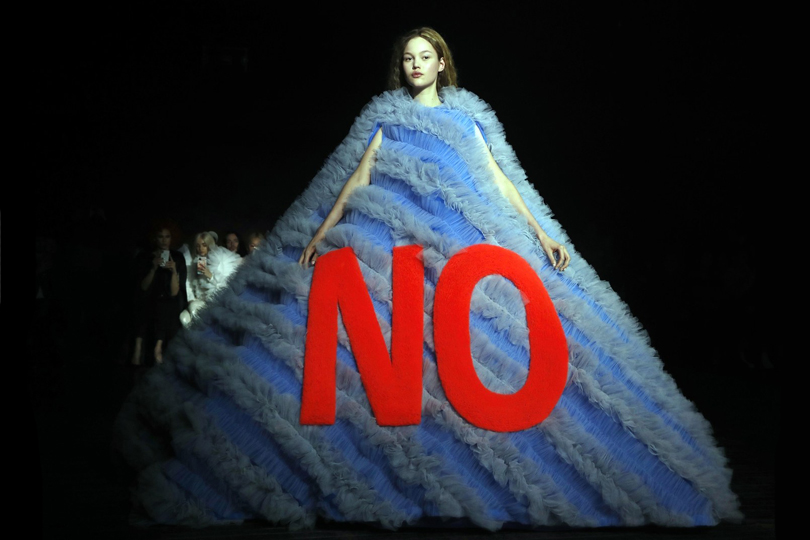 Yesterday, Viktor & Rolf used Couture Fashion Week to remind us that the greatest gowns tend to stand for something: specifically, our collective frustration with the world and refusal to engage with idiots.

Which, well, finally. Using tulle gowns as the canvas on which to advertise various manifestos, the label placed large mantras onto the skirts that conveyed everything from “Sorry I’m late, I didn’t want to come” to “Go to hell” to an enormous “NO” (which is the mantra I am always wearing in my mind).

“It’s the kind of message you find on social media, with the same instant feeling,” designer Rolf Snoeren said at a preview. “The aim was to create strange contradiction. All these statements that are so obvious or easy – there’s a lot of banality on Instagram and social media in general – are counterbalanced with this over-the-top, shimmery, romantic feeling.”

Added Viktor Horsting: “Fascination without condemning; it’s just the world we live in. It’s our way of dealing with it.” 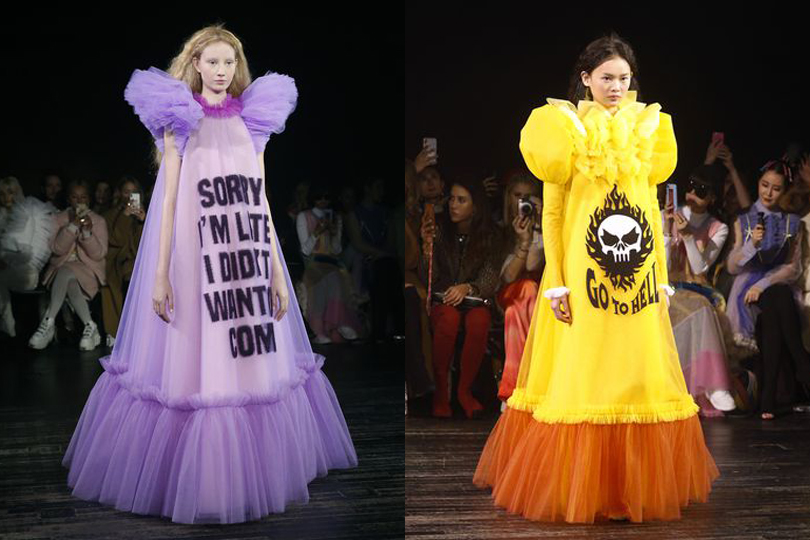 Truth! But also: please read my dress and leave me alone. I’m tired, I’m easily annoyed, I’m glued to the news, and I live in a hellscape. Don’t make me tell you “I’m not shy, I just don’t like you.” Read it on my clothes and then proceed accordingly.

Which I know is a style tale as old as time – it’s not like Viktor & Rolf reinvented the wheel by delivering pieces that advertised a particular mindset. (We live in a world that’s rich in shirts that say and/or stand for something – or claim to.) But to put the ideologies so many of us have come to embrace on couture gowns during a fashion week that doesn’t tend to revel in relatability feels like our collective rage/irritation/exhaustion has permeated a world that tends to capitalize on those things a little late (or not at all). Especially when the directness of straight-up saying “Go fuck yourself” isn’t usually paired with the delicateness of tulle and pink. Because, yes, clearly each dress is a contradiction, but each dress is also an exercise in placing anger in an industry that doesn’t wear it on its (literal) sleeves.

Plus, to be so blunt is forward. It’s also commanding. And it still seems like a novelty. When even a famous person says something that hasn’t been polished by a social filter, we congratulate them and pour over their words as if it’s only just become an option to say what you really think. So many of us are still fighting through the social conditioning that’s dictated the terms of navigating society. But to honor those social terms of service also takes energy. And we don’t have that type of energy to spare anymore. I know I’d rather just wear my personal disclaimer and go about my life knowing that everybody who reads my clothes know where I stand.

And that’s what’s made the Viktor & Rolf collection so exciting. Can most of us afford it? Absolutely not. But our reaction to it makes our thirst for banishing politeness for the sake of politeness seem universal. Evidently, we’re all tired of playing by an invisible set of rules that doesn’t serve us anymore. Evidently, we are all tired and angry and completely over the myth that we can’t build a barrier against nonsense. Evidently, we would like to look powerful while telling complete strangers to go to hell.

Which is something I know we already knew. But it’s nice for the fashion world to catch up. 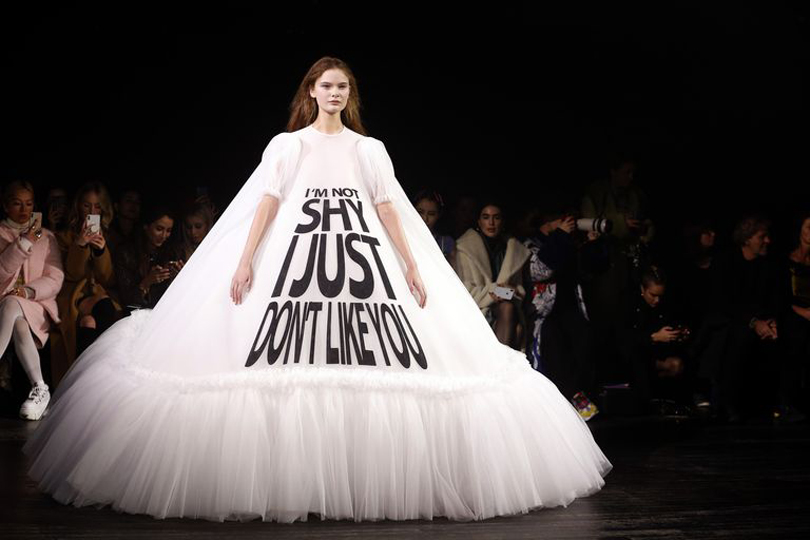 Lingerie for Your Body Type 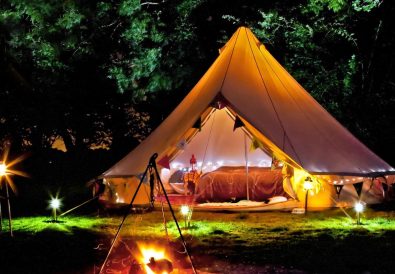 Glamping with Etsy at WayHome 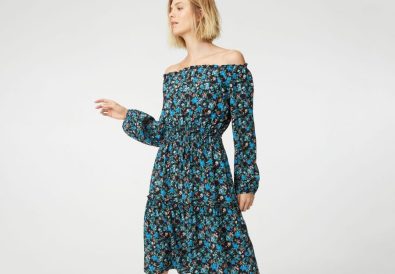