Future Trends To Look Out For 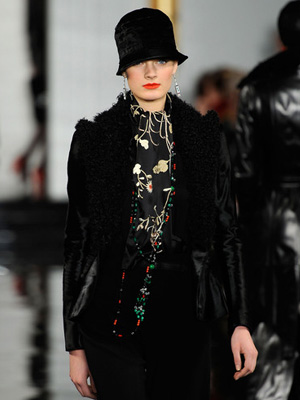 With temperatures reaching the high 40s, the last thing you want to think about is what to wear this fall. But despite what our heat wave would have us believe, in only a few months we’ll be complaining about rain, wind and a lack of available pumpkin spice lattes. So to keep you on your fashionable toes, we’ve racked up some of the future trends to look out for so that come September, you’re not left clinging to a neon maxi dress.

Fans of the midi dress, fear not: you won’t be sentenced to throwing that vintage floral to the back of your closet come the onset of autumn. Thanks to designers like Marc Jacobs and Chanel, fall sees a return to modesty, with long skirts and dresses (paired with print tights and lace-up ankle boots) replacing minis as the perfect retro tribute. Practicality’s never seemed so sweet.

Not to say we told you so, but thanks to Boardwalk Empire and Midnight In Paris, the 20s have lept from the screen to the runway, with designers like Ralph Lauren paying tribute to the likes of Zelda Fitzgerald through long dresses, fur and the ever-timeless cloche hat. Just don’t blame us when you chop off your hair and become a flapper.

If you’re worried that super-fit translates into super-tight, fear not “ this season, fashion is our friend. Focusing on the classic feminine silhouette (cinched in waists courtesy of belts and modest rises), Badgley Mischka and Donna Karan bring back the classic aesthetic pioneered by the former fashion elite, with emphasis on well-tailored garments working to trump previous seasons’ infatuation with loose-fitting clothes. It’s time to embrace the hourglass.

True, prints stage a comeback nearly every season, but fall 2011 sees subtle prints take the place of the loud and boisterous with certain designers embracing 50s-oriented themes and others opting for classic florals. However, the season isn’t without its modernity: Hervé© Lé©ger by Max Azria use metallic stripes to create a futuristic, streamlined effect while Diane Von Furstenberg’s black and white designs keep otherwise safe styles interesting and dynamic.

True, black is always seemingly the new black, but fall 2011 sees the shade used in droves as runway looks boast harder, colder and more masculine designs. Whether used as part of the 1920s theme or as a modern take on a full skirt and cinched waist, autumn sees black make up for its absence this spring and summer, further cementing the upcoming season as one of drama and vintage tributes. Welcome to the dark side. 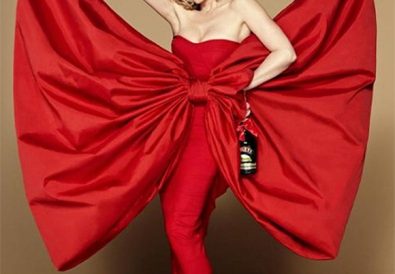 How to Shop Smart During the Holidays