The Best Beauty Looks At The 2018 SAG Awards 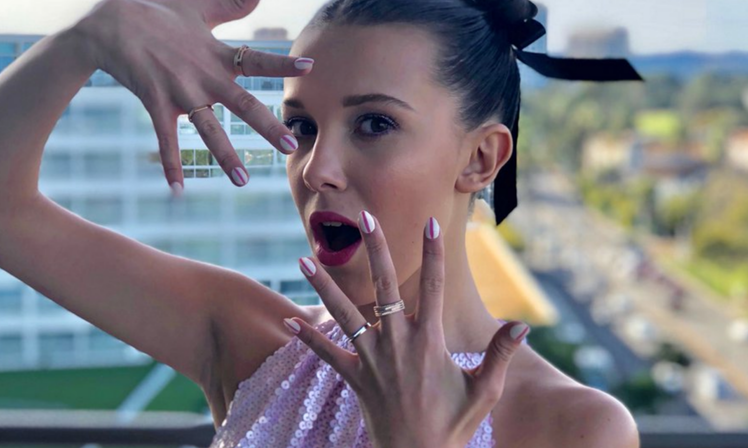 Is it just us, or did the SAG Awards red carpet feel a bit more subdued this year? Sure, there were standouts, but there was also a lot of black — (perhaps a carryover from the fashion statement at the Golden Globes?) — and the feeling was definitely more casual than the OTT vibe of last year (read: no Nicole Kidman peacock dress).

Just a few of our fashion faves: Yara Shahidi in a black Ralph Lauren jumpsuit with a dramatic train; Brie Larson in a fantastic floral Gucci gown with crystal trim; and Allison Janney in a stunning space-age sequinned gown by Yanina Couture. And of course, we give major props to Millie Bobby Brown for wearing Converse lo-tops on the red carpet (paired with Calvin Klein by Appointment, no less). But just like the Globes, the hair and makeup looks had us SHOOK. Here, our picks for best beauty looks at the SAG Awards. 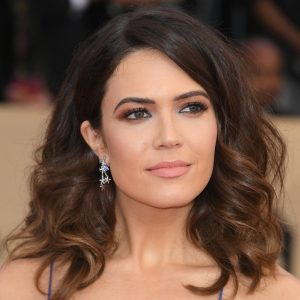 Mandy Moore not only killed it in a sleek cobalt blue Ralph Lauren strappy gown, but her hair and makeup were totally on-point, too. We loved the major volume and deep side-parted hair, and her eyes were major, with gold and copper shades mingling with a pop of electric blue in the corners, which subtly picked up the hue of her dress. 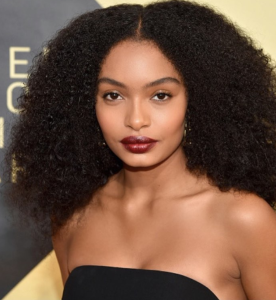 Yara Shahidi has been having a major moment, what with her new Black-ish spin-off show Grown-ish getting major buzz, and she let us know that she has arrived in a big way last night. We loved her statement berry lips and major hair texture courtesy of hairstylist Nai’vasha Johnson. 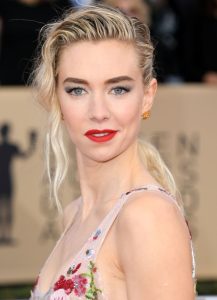 We’re majorly woman-crushing on The Crown’s Vanessa Kirby right now (Princess Margaret spin-off show, anyone?), so we were obsessed with her feminine yet laissez-faire makeup and hair last night. To complement the classic feel of her feminine floral gown, celeb hairstylist Marcus Francis created a rough-textured low ponytail that let Kirby’s cool-girl edge show through. 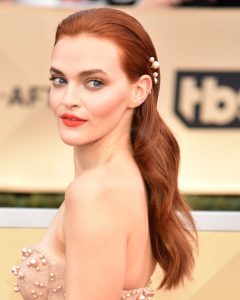 The Handmaid’s Tale’s Madeline Brewer took our breath away with her edgy yet whimsical look. Her flawless porcelain skin looked gorgeous punctuated with a saturated orange lip, and the slicked-back hair felt fresh and modern, while a pearl barrette felt unexpected and so pretty. She was quite possibly our favourite look of the night. 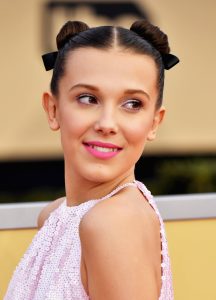 Millie Bobby Brown has totally come into her own as a style star who likes to shake things up on the red carpet, and last night’s look did not disappoint. Princess Leia-inspired buns and soft pink-hued makeup felt girly but totally cool, and she even brought the cool factor to her nails with some candy-striped pink nail art by Essie (see photo at the top of this post). Millie was clearly feeling her look, as evidenced by this snap posted to her Instagram.

Sometimes the best looks just look and feel effortless, and such is the case with Margot Robbie’s look at the SAG Awards. While her Miu Miu gown felt totally glam, her hair and makeup were just-rolled-out-of-bed pretty. In fact, that’s exactly what Moroccanoil celebrity hairstylist Bryce Scarlett was going for: “I felt like Margot’s dress resembled a beautiful dressing gown and wanted her to look like she rolled out of bed and threw it on with soft, natural hair.” Margot’s tonal peachy makeup complemented the effortlessly pretty vibe. 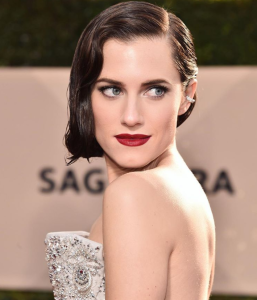 Get Out’s Allison Williams brought the Old Hollywood glamour with a wet-look faux bob and finger waves, styled by Renato Campora for Tresemmé. Flawless skin and perfect brows were finished with a scarlet statement lip, painted by makeup artist in demand Kelsey Deenihan.

Now, over to you: Who were your faves of the night? Let us know in the comments! 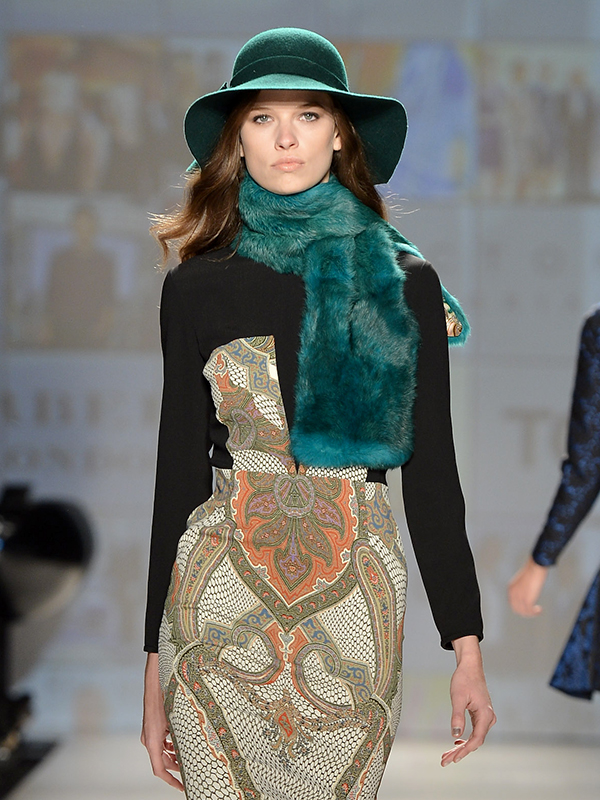 Put a Lid on It: Stylish Winter Hats 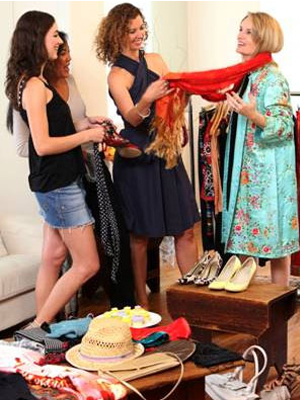 The Art of Closet Swapping