My Accidental Double “Date” in London 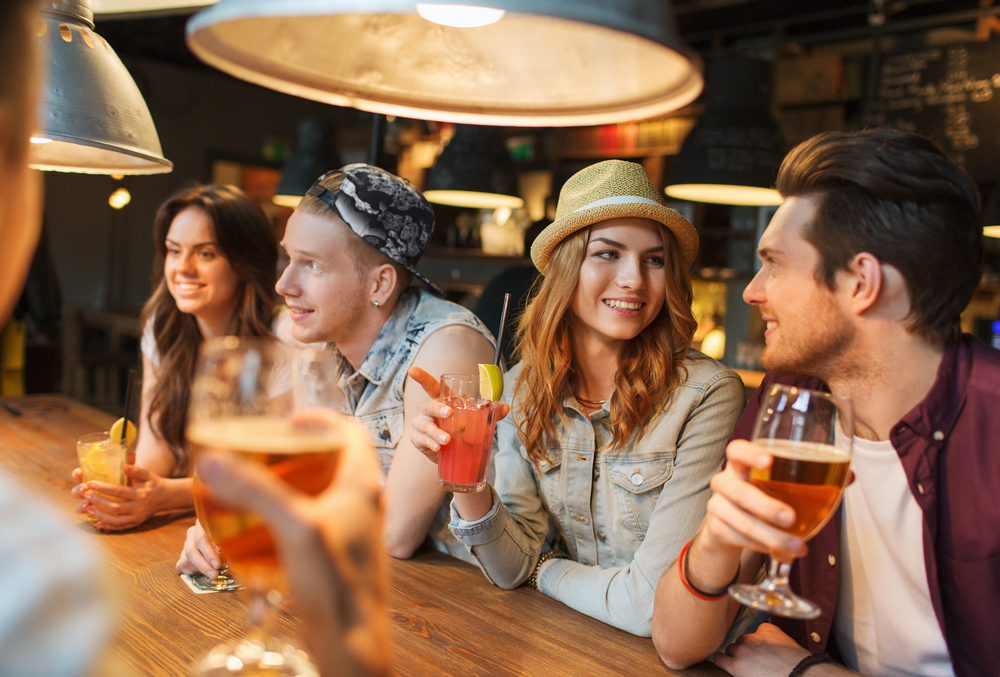 It was the crisp summer of 2011 and we were partying like it was 1999. I was in London (not Ontario) with my good buddy old pal Martha, hanging out with our worldly schoolmate Catherine and getting familiar with using the words “pound” and “cunt” and “loo.” Within a day we had visited every major tourist attraction you could find in the main hub of Britain. Buckingham palace. The Grand Theatre. Big Ben. That Canadian bar that’s filled with proud maple syrup-chugging Canucks who like to randomly, drunkenly yell eh! and hockey and Justin Bieber whenever they make eye contact with a fellow enjoyer of ketchup chips.

Then, one evening Catherine had to work and take a long break from being our designated guide. But, being the caring woman that she is, she worried about us going out on our own, fearing we might anger the wrong police officer and we would end up being chased down the street while music played behind us like a classic British farce. So she sent her pal Cameron to take us around town and fill our mouths with fried fish and peas and tartar sauce. We quickly discovered that Cameron’s around town mostly consisted of us strictly sitting in a crowded bar getting drunk off cheap beer. After a couple of shared pitchers and a few liver failures, he oddly excused himself from the table and disappeared for approximately 15 minutes, claiming he had to make an important “call.” At this point I was too filled with lager to find anything rude. He eventually returned and quickly informed Martha and I that we were headed to a different bar right this minute. A livelier bar, which contained more interesting characters. We had full drinks and were perplexed by this urgency in wanting to change the plans.

But, he was our sort-of-host for the night, so we obliged his whimsy, nodded along politely as our country does, sucked back our hoppy draughts, and took Cameron’s hand in what was presumably going to be some form of an Monty Python-like adventure. We hopped onto the TUBE (yes, I am name dropping) and arrived at a small brick building where two dozen bro-guy-dudes in their twenties were drinking OUTSIDE on the sidewalk and on the street and on top of each other. See, in London you can drink wherever the hell you like. There ain’t no alcohol rules in the land of the Queen. You can go ahead and get wasted in a park or beside a daycare or on the lap of Prince Charles. It is, as Colin Firth might say, BRILLIANT. Above mentioned bro-guy-dudes who were likely all named Alfie and/or Angus and/or Archie were all holding pints and pints and pints of liquid bread. They were drinking away as if their bladders depended on it. They were hollering and cheersing and ogling Martha and I and breaking glasses rapidly. They were living their bro-dude dreams.

Naturally, we were a tad frightened. We were, after all, two women in a large crowd of hammered, European men with heavy accents and even heavier leers. We were nervous to go to the washroom alone out of fear that one of them would propose via intoxicated gibberish and we would blindly accept because goddamn that accent is sexy. Another style of accent belonged to Cameron’s buddy Martin, a suave and sweaty and highly mediocre Australian student visiting Britain. After consuming several beers and leaving our empty glasses on the curb along with our sense of self, Cameron and Martin informed us that they had a birthday party to attend and we were going to be going with them. Martha and I once more Canadian nodded and Canadian smiled and quoted Drake and we hopped back onto the TUBE for further fun and merriment.

The birthday party in question ended up being at the large condo of an emotionally unstable girl named Kat, who was wearing a black dress, a pixie haircut and a large comical frown along with an angry furrowed brow and a booming pissed off voice. We arrived to find that we were the only guests attending Kat’s party. It was just the four of us and Kat, who immediately began crying hysterically about a man who had just rejected her as soon as we arrived. It was literally Jess. This is Kat and then Kat screeched What the fuck? Why me?! I had never encountered anyone so upset to make my acquaintance. I tried to console heartbroken Kat with a firm pat on the back but she suspiciously and aggressively and physically  asked “Who the hell are you?. I said my name was Jess and complimented her condo to which she responded “IT’S MY DAD’S CONDO NOT MINE. I HATE MY DAD”. Kat seemed to be having dude troubles in every corner of her life and I didn’t blame her. Dudes were trouble. I felt her pain, mostly because she was directing it at me. I suggested to the group that we leave Kat alone to hate her dad and sob in private, but Martin and Cameron were all “We can’t leave her birthday party! NAH WAY!” I found this strange and suspected they had ulterior motives…

Martin made the two of us a drink via Kat’s dad’s liquor cabinet while sad Kat was in the bathroom weeping and moaning like a literal cat in heat. Cameron and Martha went to smoke a few puffs on the balcony. Martin and I rapidly sucked back our gin and tonics, thus he proceeded to make us another. My blood-alcohol level at that point must have been as high as¦ well, any other Brit I suppose. As we placed our second round of empty glasses on the table, he lifted his limb, and placed his arm around me Hugh Grant styles and continued to make way too intense eye contact. Then he dropped the best line he had in his pick-up pocket. He asked me: So. How are you doing? He asked me this as if we hadn’t just spent the last few hours together. As if he just arrived wanted to know the state of my existence. I frustratingly replied “I’m fine” and his witty brain came up with “You ARE fine”. I like to imagine that he was just affirming my okay-ness in that moment, like he was a guy who was just into making me feel confident about the words they use by repeating them in a louder volume. But, I’m 100 per cent sure it was the pervy kinda fine, therefore I rolled my eyes and audibly sighed and looked at wrist watch which wasn’t there. We then heard Cameron and Martha giggling in the distance on the balcony. I remarked “Looks like they’re hitting it off.” Martin brought it back to us, as he does. “I think WE’RE hitting it off.” We were definitely not and I was worried about Martin’s past relationships that he thought this defined “hitting it off.” So, I inquired, “What do you think hitting it off is?” and he answered: “Good conversation. We’re having a good conversation,” to which I replied “You asked me how I was and I said fine. Your standards for conversation are low.”

Martin then explained where his penis was coming from and why he was being so pushy with the How’s it going?s and the You ARE fines and the WE’RE hitting it offs. He revealed that Cameron had called him earlier in the evening (the call mystery is SOLVED!) to say that he needed a solid wingman to assist in his seduction plan. He went further as to say that he was with two Canadian girls who were “equally hot” and that he required another man to “take the brunette.” This is when I learned that we had been on a pseudo date all evening, which Martha and I were very much unaware of. Kat then returned from the bathroom at the perfect time, yelled at Martin for stealing her booze, and really waved her arms in the air like she just didn’t care. At this point, my glass somehow slipped off of the table, fell to the ground and smashed into a hundred million thousand pieces. Kat horror-movie-screamed in response. Martin blamed it on me. I blamed it on him. Kat began to sob even louder and then kicked us all out, proclaiming that her “dad was going to FREAK OUT about that glass” and disown her and that she “HATES HER DAD.”

We all left the condo and Martha and I began stumbling in the direction of our friend Catherine’s home and pieced together the path to that location by drunk mumbling to each other about which way is which. It was 3 am. Martin and Cameron insisted on walking us. But feeling like they both had orgies on the mind, I tried to pass. They persisted. They strolled beside us for about a block until Martin tried to put his sweaty arm around me again, which I hella deflected. I said we can handle it on our own and said goodbye forever to the dynamic duo of Cameron and that Australian dude. Martha and I separated from the men and attempted to find our destination. We got lost in a park for about an hour, wandering around, wondering if we should have stayed with our dumb tour guides. Eventually we somehow arrived and were over-the-moon proud of our ingenuity and independence and refusal to engage in what would likely have been a terrible foursome. We did it on our own. We didn’t need any penises to show us around London because we were and are two powerful, smart, equally hot individuals. 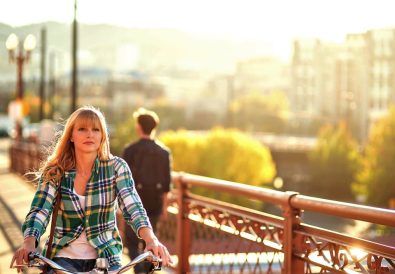 Bye, Felipe! Why You Don’t Owe Him Anything 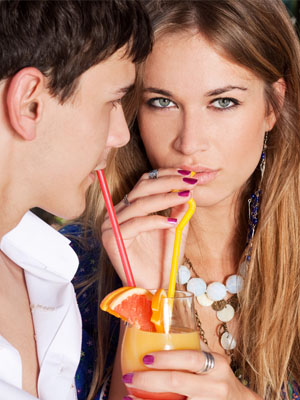 Are You a Red Flag?