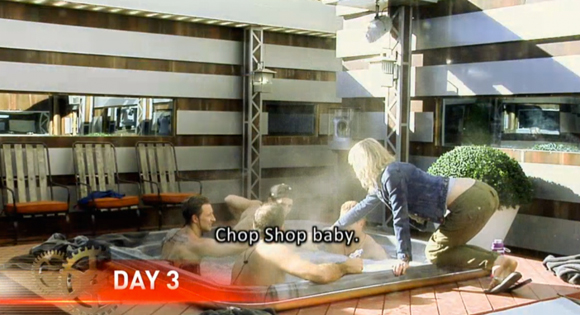 Big Brother Canada is off to the races and even though it’s only week two, it’s already been jam-packed with budding alliances, make outs, and an unprecedented amount of bathroom debacles.

We’re recapping week two from nominations to the big elimination!

This week we saw several alliances form between houseguests, the dominating force being Zach, Graig, Willow, Bobby, Bruno, and Ashleigh, also known as the Chop Shop, not to be confused with the Slap Chop, the As Seen On TV food chopping device that allows you to stop having boring tuna. Ultimately, it was Chop Shop who ruled the house this week when Fun Bobby won the HOH competition, outlasting Sindy who strategically flaunted her booty in an attempt to distract Bobby, to no avail.

As the Chop Shop chopped away their troubles, several other low-key alliances formed around the house as well. Jordan put himself in a power position by forming the Newport brain and brawn alliance with Zach, and was courted by a delusional Kevin to form the Fortress alliance. Meanwhile, Sara, Naeha, and Brittnee grew close and formed the  Three Women Who Are, Like, Super Onboard alliance “ the name is still a work in progress.

Going into nominations, Bobby’s plan was to get no blood on his hands and appear as if he had no strategy. Wanting to have a bloodless HOH, he decided to make his nominations based on who dropped out of the HOH competition first, keeping the blood off his hands. Did I mention he didn’t want blood on his hands? He brought it up so many times I’m surprised he didn’t get anemic.  Bobby made his big decision with the help of his fellow Slap Chop members Willow and Graig in the HOH bathroom while Graig, ever the multi-tasker, literally took a poo. This makes Graig the first contestant to actually talk shit while taking a shit at the same time. Clearly nothing is sacred in Big Brother this year, not even Graig’s bowel movements. Nonetheless, a decision was made, and plus size model Brittnee was nominated next to Kevin the poker player.

Just when it seemed like it might be all over for Kevin, the Big Brother bathroom struck again. Fearing the men were controlling the house, Sindy led a discussion with Sara, Naeha, and Willow about voting out Kevin to ensure more numbers for the women. Things looked like they were going to work out for the girls when suddenly Kevin appeared out of the bathroom, having been listening to their conversation the entire time.

This gave Kevin all the ammunition he needed to redirect the target on his back. He quickly used the situation to his advantage, rallying the men against the girls, igniting a fury with Graig, and forcing Bobby to have to talk it out with the homies and reconsider his target.

At the POV challenge, the houseguests were dressed as sexy beavers and navigated a dam full of freezing cold water to collect letters in order to spell a phrase. It was Kevin who prevailed, defeating Brittnee and a nearly hypothermic Not-So-Fun Bobby. With the POV under his pelt, Kevin took himself  off the chomping block and Sindy with an ˜S’ was damned as the replacement nominee.

Later on, things heated up again when Big Brother treated everyone to a Pool Party. Everyone let their guards down, as a game of spin the bottle had tongues flying left and right. For Johnny, lightning struck twice when he scored make outs with heartthrob Zach and his cuddle buddy Kevin.

Unfortunately, lightning didn’t strike a third time, as Kevin cast Johnny aside on his birthday to make out with Pilar instead, leaving poor Johnny alone on the sidelines while Robyn’s Dancing On My Own played softly in his head. Kevin and Pilar were only one of several showmances to spice things up this week, as we watched Ashleigh and Zach lock lips and even Jordan and Sindy had some make out action.

When it was time to get back to business, Sindy campaigned hard to stay in the house, while Brittnee laid low knowing she wasn’t the target. In the end, it was all in vain, as Sindy’s fate was sealed the moment she opened her mouth about rallying the girls against Kevin, and she was voted out in a 12-0 sweep.  C-ya later Ssssssssssssssssindy.

With Sindy out of the picture, it was time for a storybook themed HOH challenge. The houseguests had to answer true or false questions based on a cartoon they watched the night before. Despite not putting forth much effort, Kevin still managed to win HOH, but according to host Arisa Cox, it would not be an ordinary one. Arisa informed us that it would be an instant eviction, meaning there will be a nomination and an eviction all in one episode. We’ll have to wait until Sunday night to find out what Kevin decides to do, but those who can’t wait can always scour the live feeds for clues at bigbrothercanada.globaltv.com/live. 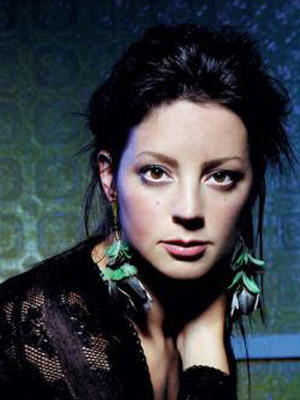 Have We Reached Peak “Fifty Shades?” 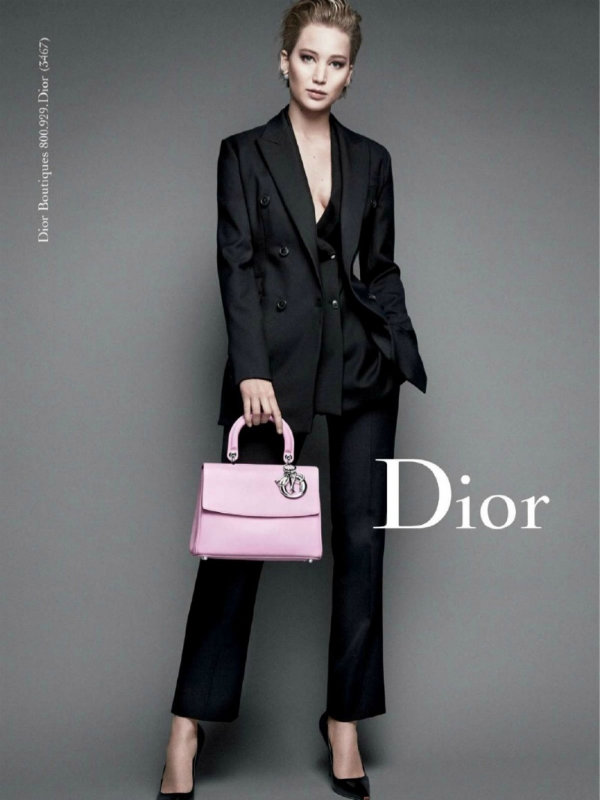 Jennifer Lawrence is a ‘Powerful Woman’ in New Dior Campaign