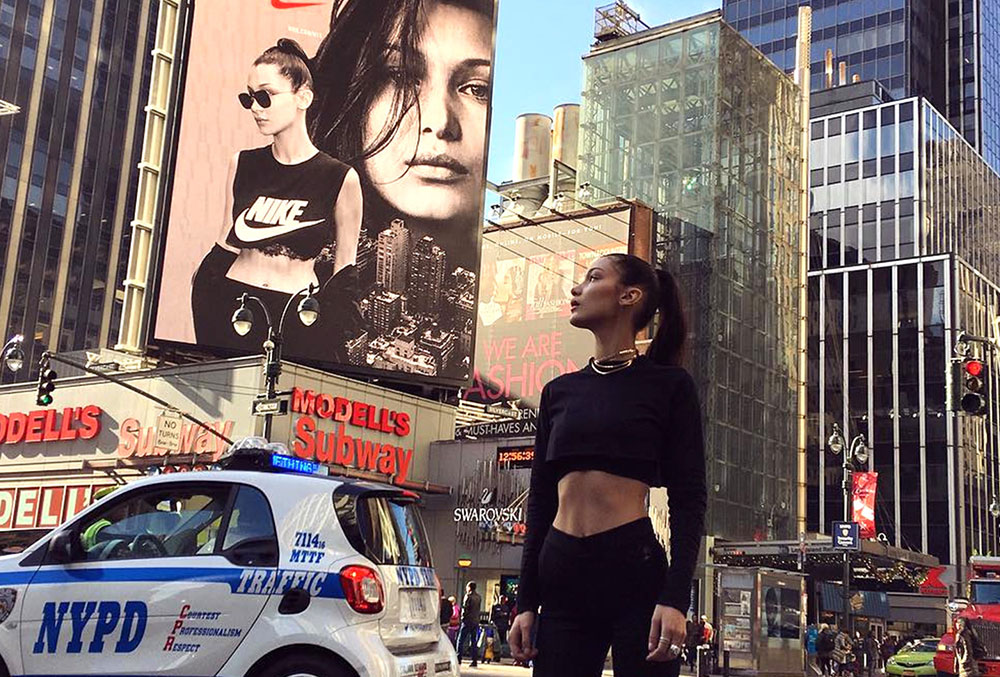 Fitness! Okay, so now that I’ve shouted what I assume everybody declares when they collaborate with an athleticwear brand, I can deliver the news that Bella Hadid has joined the Nike family.

Yesterday, the model Instagrammed herself underneath a Nike billboard with her face on it — therefore declaring the two united — while wearing a Nike outfit, obviously.

“So excited to announce that I am OFFICIALLY PART OF THE @NIKE FAMILY!” she captioned. “More coming very soon”

Well there better be more details, Bella. Some of us are trying to write news pieces here.

Of course, this is the first fitness deal for this particular Hadid, whose sister Gigi inked a deal with Reebok earlier this year and debuted the campaign last month. Which is fitting for The Other Hadid Girl when you remember that Bella is actually a nationally ranked, award-winning equestrian, so it’s not like she just waltzed onto set and was like, “Oh hi.”

And speaking of waltzing onto set (or walking down a catwalk), Bella has also been announced as a model in the upcoming Victoria’s Secret Fashion Show, which will tape in December and air then, too. So we can finally shelve all those news items on her breakup with The Weeknd, but honestly who cares when you’re landing national campaigns all over the place and cementing yourself as a household name.

Plus, she’s 20 years old. It’s totally possible to meet the person around that age obviously (see: some of my close friends, hi), but also we should never be shocked when something doesn’t pan out, either. Also, they’re busy! Live your life, kids. 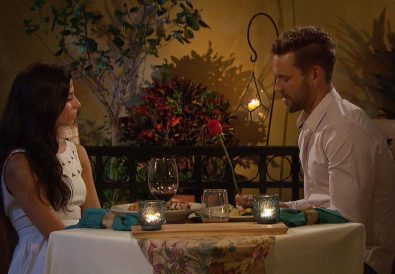 10 F*cked Up Things That Happened on The Bachelor: Season 21, Episode 6 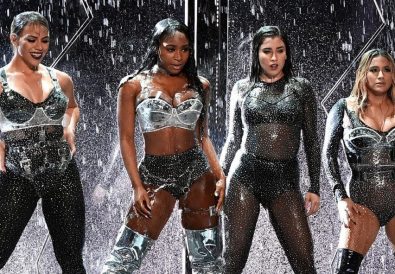