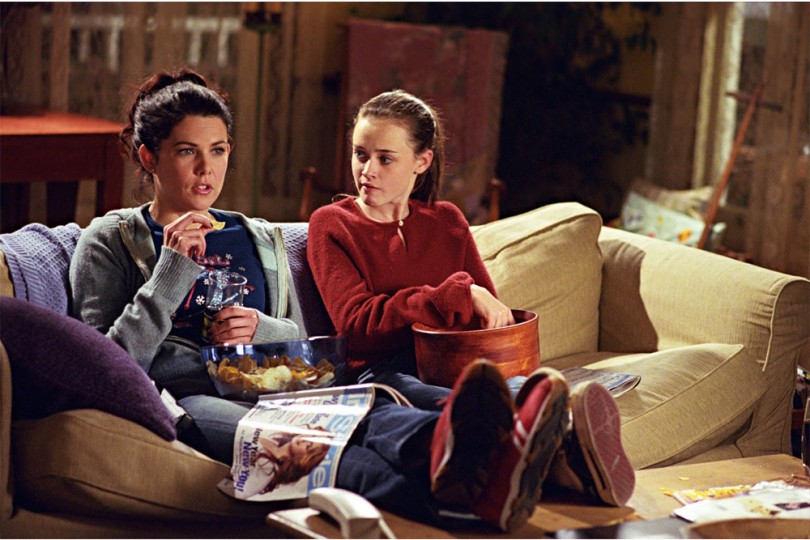 We are exactly 78 days away from the release of Gilmore Girls: A Year in the Life and omg if you’re anything like me, the anticipation is actually killing you. The excitement of a small slice of the Gilmore Girls action, while the nervousness of wondering if it’ll do the show the justice it deserves–it’s all too much to handle. But, we still have 78 more days of waiting. If you need something to occupy your thoughts until then, there are lots of options. Here we go (grab the coffee)!

Like, I’m sure you already have because I have like five times (not an exaggeration), but do it once more for good measure. If you keep a steady pace you’ll finish all seven seasons before the revival hits Netflix and you’ll be all fresh and caught back up on Lorelai’s witty banter so you’ll be able to shift into the revival seamlessly.

Listen to another perspective

Last year, a friend of mine told me about the Gilmore Guys podcast and I was just like “what have I even been doing with my life?” One is a long-time fan of the show, the other has never seen it and they go episode by episode through the entire series and give their two cents. It’s hilarious and thought-provoking and everything you want.

Listen to another perspective, live

If you’re situated in Toronto, you’re going to love this. Gilmore Guys are doing a live show and headed to Toronto on September 11. I’d be lying if I said I didn’t get tickets like two weeks ago.

Because this is the time to be a nerd of every variety, apparently there’s going to be a Gilmore Girls fan fest, right in Stars Hollow. Husband and wife mega-fans are putting on this crazy coffee-fuelled convention in the town that apparently inspired Stars Hollow. Rumour has it some stars of the show are even going to be there for tea at the inn and Friday night dinner, so make your way to Connecticut and don’t forget to take me with you.

What better way to get yourself ready than to live the lifestyle? Pizza, tacos, burgers, candy and omg all the coffee. By the time the show comes back you might even be one of them.

I will never regret anything more than missing the regular appearance of this Toronto comedy show. While there’s only one upcoming date in sight (a partnering with Gilmore Guys that I want nothing more than to be at), improv, trivia and stand-up (and snacks) are everything I want in a show.

Pick a character and make that your new persona

Me? I embody Lorelai’s coffee addiction and wit and Rory’s obsession with books with just a dash of Michel’s ennui.