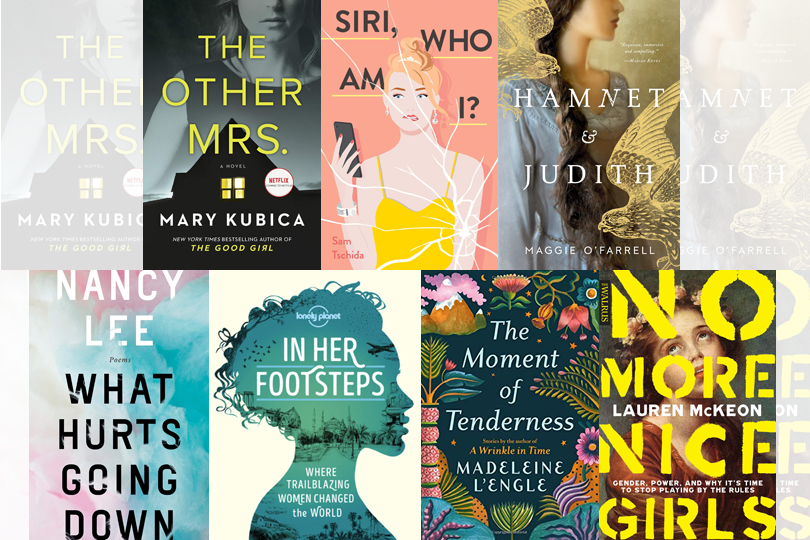 There’s nothing better than a book to curl up with during those long late-winter and early-springtime months, as we wait eagerly for the weather to improve enough that it’s safe to go outside. With that in mind, here are seven new titles to add to your reading list, ranging from clever new comedy to non-fiction feminist manifesto to page-turning thriller.

The Other Mrs.
By Mary Kubica
The film rights to this new thriller have already been scooped up by Netflix, so make sure you read it first. It tells the story of a family that inherit an eerie old home in Maine who get caught up in the mysterious murder of their new neighbour.
Buy it here: Amazon | Indigo

Siri, Who Am I?
By Sam Tschida
For a lighter read, try this new comedy about a young woman who wakes up after a coma and a head wound with no idea what her name is. Follow along as she traces her digital footprint to discover who she is and what led to her accident in the first place.
Buy it here: Amazon | Indigo

Hamnet & Judith
By Maggi O’Farrell
This historical novel dives back to 16th-century Stratford-Upon-Avon and tells the true but little-known story of William Shakespeare’s twin children, Hamnet and Judith. It explores the bond between siblings and the effect that tragedy can have on a family—and on the history of English drama. It doesn’t hit bookstores till May, so make sure you add it to your pre-order list now.
Buy it here: Amazon | Indigo

What Hurts Going Down
By Nancy Lee
If you’re looking for poetry rather than prose, this collection inspired by the #METOO movement may be for you. The poems are chilling and relatable, exploring the experience of girlhood and navigating patriarchal society and sexual power dynamics.
Buy it here: Amazon | Indigo

In Her Footsteps
By Lonely Planet
This brilliant hardcover tome is travel guide-meets-women’s history anthology. Created by travel guide company Lonely Planet, In Her Footsteps features important sites tied to inspiring women throughout history and across the globe. For example, visit the girls’ boarding school in London that Mary Wollstonecraft founded, the Roseland Theatre in Nova Scotia where civil rights activist Viola Desmond refused to move out of the “white’s only” section, and the childhood home of artist Frida Kahlo in Mexico City.
Buy it here: Amazon | Indigo

The Moment of Tenderness
By Madeleine L’Engle
In the 1940s and 1950s, between her college years and publishing her legendary A Wrinkle in Time, Madeleine L’Engle wrote short story after short story about topics such as friendship, faith, isolation, and more. But it wasn’t until after her death in 2007 that her granddaughter discovered the old forgotten manuscripts and saw to it that they be posthumously published and shared with L’Engle’s devoted readers.
Buy it here: Amazon | Indigo