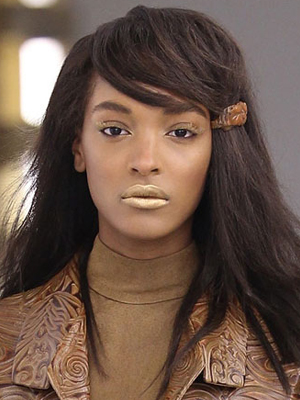 Keeping them updated in 2011

With such a flair for femininity this season, it’s only natural that the affinity for florals, bows and pinks translate into hair accessories “ especially since the season’s hottest hairstyles are based around sleekness and minimalism. So now that hats are off and hoods are abandoned, we’ve taken a look at the big barrette comeback and how to make it work for you “ no Blair Waldorf references included.

With such a push for sleekness and side parts, to make an appropriate impact in terms of hair clips is to go big or go home. While subtle, delicate barrettes can work in the right context, if you’re boasting length and an angular edge, you’ll want to use one clip with substance (preferably to one side) so that it’s not lost in comparison to your overall look. This season, Rodarte used metallics to create a feminine statement that maintained their golden runway theme, but like the designer sisters, make sure not to overshadow hair with a gaudy piece that takes away from the general aesthetic.
Be daring with Ardene’s Oversized Rose Bow Hair Barrette, $3.50. 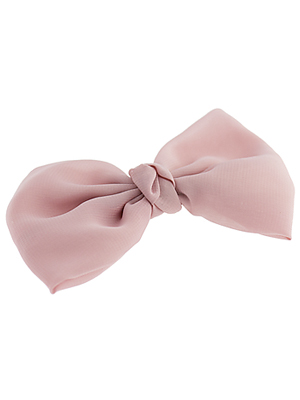 Of course, large clips look best with big hair or serious length, so if you’re partial to a bob or to a pixie, make sure to shy away from barrettes that rival your head in terms of size. Emma Watson donned an intricate, vintage-inspired clip alongside her short ˜do last year, but because of her cut and her small size, she kept the barrette in proportion to her style and to her frame. Thus, while you may want to make a splash and draw attention to your hair, you’ll want to avoid extremes so that your hairstyle isn’t overshadowed “ or that the barrette isn’t completely lost.
Balance out your look with Aldo Accessories’ EBEY Gold Barrette Trio, $10. 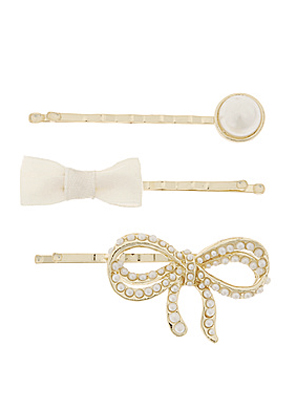 Sure, clips tend to look best while worn to one side, but if you’re working a clip into an updo or you’d like to take a risk, use an oversize piece to tie your hair back, or to top off a formal look. This year, Diane Kruger used an embellished clip to complete a 1940s aesthetic at the Golden Globes, while at last year’s Oscars she used a jewel-adorned barrette to finish off a classic updo. The lesson learned? Regardless of what vibe you’re after, if you’ve already committed to an exciting hairstyle, you can help complete it with a piece that solidifies the look you’re going for.
Experiment with Anthropologie’s Anemone Trio Barrette, $18. 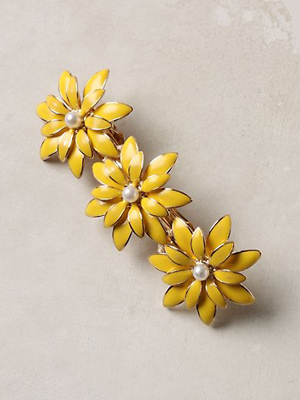 While there’s been a push for femininity, embellishments and intricate vintage pieces, it’s more than possible to adopt clips and barrettes in a day-to-day setting “ even if you’re the furthest from formal. Thanks to the 1970s comeback, simple, bright rectangular clips can maintain seasonal colour blocking, while using a simple clip as a ponytail holder maintains spring’s minimalist theme which works great alongside a side part and sleeked-back style.
Accessorize your ponytail with Urban Outfitters’ Oversized Turquoise Barrette, $19. 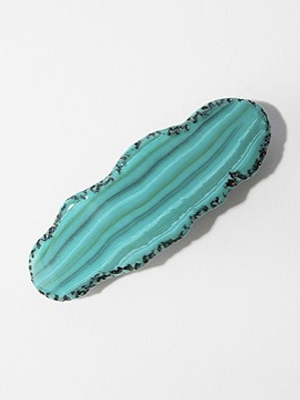 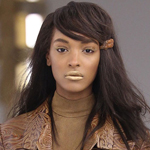 Related Content:
– The Best Hair Accessories for Spring
– The Art of Wearing Quirky Accessories
– The 5 Accessories Every Girl Needs