How To Be A Boss Beauty Vlogger, According To Karen O 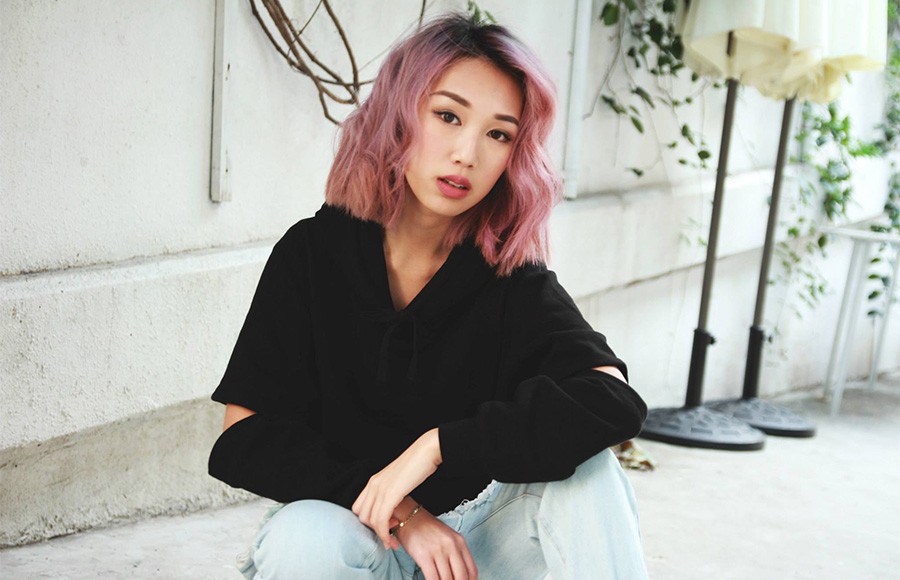 Let’s take a second and imagine the beauty industry without vloggers. Without these beloved beauty gurus, “baking””(a technique used to set concealer and highlight at the same time)”might only be a term used in the kitchen, and I might still be filling in my brows with a black eyeliner pencil (let’s not talk about that.). My own knowledge of makeup started with YouTube. Back in high school, I had two things on my vanity: some black liquid eyeliner by Maybelline (whichever one was on sale that month) and a shimmery pink Esté©e Lauder shadow my mom gave me. So when it came to buying and applying new makeup, I relied on my favourite beauty vloggers to teach me the techniques. I would sit on the floor in front of my dirty mirror and do my makeup, as I carefully watched a vlogger apply hers. Back then, makeup tutorials were created just for fun.

But that’s not the case today: being a serious YouTuber has become a real and competitive career. Because we currently live the age of the influencer, a simple how-to video isn’t going to cut it. So what does it take to get to top-tier status? To find out, I chatted with vlogger and official Ipsy creator, Karen Yeung, better known as Karen O (IAMKARENO), who was in in Toronto recently for Ipsy’s Generation Beauty conference/beauty love-in. When Karen first joined YouTube back in 2013, she created quirky fashion tutorials. Since then, the L.A.-based fashion, beauty and lifestyle vlogger’s internet fame has grown to 1.4 million YouTube subscribers and more than 500,000 Instagram followers. Here, she reveals the secrets to her success.

What inspired you to start vlogging?
It was an outlet for me. I was just a student and I needed a space for me to be creative and just be myself, and YouTube was and continues to be the space for me to do whatever the hell I want.

Did you ever think this would turn out to be a career?
Oh, definitely not! I went to school to study international business; it definitely had nothing to do with creating video content. But after the first six months of vlogging, people started sending me free clothes, which was so awesome, so I continued to vlog and it just got better and better. 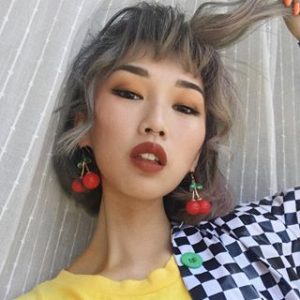 What pushed you to continue vlogging after graduating?
Well, after graduation I worked for Yelp; I used to do sales there. I remember all I did when I was at work was think about my YouTube channel and the content that I could create. So one day I was like, ˜You know what? I’m going to quit my job and make myself a goal with YouTube.’ I gave myself a six-month goal to start making ˜x’ amount of money and if I didn’t hit it, I’d go back to my sales job. So at this point I had quit my job and I had nothing to fall back on. I kept thinking, ˜You gotta do it, you have to make anything happen.’ It was a bold decision, but my mom always taught me, ˜if you don’t ask, you won’t get.’ So that’s when I first started basically building my business on Youtube. I kept asking and asking! I emailed so many people, so many companies in the beginning. This was four years ago though, when being a YouTuber wasn’t as lucrative in the business world. I think now, businesses really understand the power of influence on YouTube. But four years ago, I had to educate people, and explain vlogging, prove the power of the amount of views I got, so I could promote for them.

How different is your content now compared to your first video?
The editing and the storytelling has changed a lot, but the premise of the content is still there. So the first one I ever made was ˜How I style old tees‘, and now I do a lot of lookbooks and sometimes tips on how to save even if you want to be stylish at the same time.

Is there anything you want your viewers to know about the production process?
I edit all my videos. Occasionally Leo, that’s my fiance, he’ll help when I get really overwhelmed with a beauty tutorial, but all the fashion stuff I work on myself. I do have a team that helps me with producing and a videographer who is a part of Ipsy. I also have a production assistant. To make a video, it would usually involve 20 people to produce. With YouTube, we cut out a lot of the fat because we do everything. We concept it, we edit it, we’re the directors of photography, then we have to market it. We’re also the talent and we do our own hair and makeup. It eliminates all of that stuff. For my big ideas, videos take about 12 hours to film and the video is usually three minutes long. 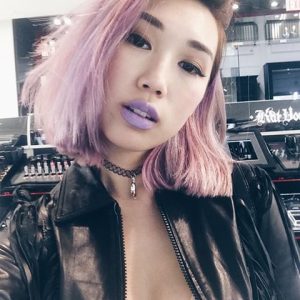 What got you started with makeup?
It’s funny because fashion was always where my starting point, but makeup was something that complemented my fashion. People started being curious about how I do my everyday makeup and they wanted me to create a video about it. So that’s kind of how I started it. As soon as I joined Ipsy, I realized I had to incorporate more makeup into my daily life. So my first year, I kid you not, I only had a tiny bag of makeup, and when I walked into the studio, Desi (Perkins) was there doing her makeup. She had a big ol’ suitcase of makeup and I was like, ˜Wow! I need more makeup to do this.’ So that first year I watched a whole bunch of makeup tutorials and people like Desi and Chrisspy. I got most of my techniques from them and that’s kind of how I taught myself. And Michelle (Phan), of course!

What is your true passion”fashion or beauty?
Fashion”it comes naturally to me! I feel like fashion, just like beauty for some people, is an expression, an extension of who they are. For me, I just like to wear it. So this year is actually my last year with Ipsy and I’m thinking of what to do with my future. So I’ve started a fashion brand, it’s very small right now”it’s called UMO.

What makes you unique from other beauty vloggers?
I guess I’m just me. I like to tell my stories a little bit differently versus a sitdown video where I’m talking to the camera. I like to challenge myself with editing. I get bored of my own videos very quickly, so I like to bring in new content. 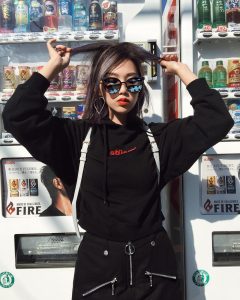 What new content should we be expecting from you next?
The next video is going to be a big one, it’s going to be ˜Ten things I miss about the early 2000s‘. Last year, I tried to expand a little bit outside of beauty and fashion. I would recreate my own version of the movie Moonrise Kingdom, so maybe I’ll do more content like that. I sing as well, and I play the piano and the guitar. I want to get into music maybe on my YouTube channel. Just maybe a cover here or there.

What would you share for people who want to pursue a career with vlogging?
One, make sure you’re really passionate about what you’re doing because this is a really tough job. The second bit of advice I would give is, don’t give up when it gets really hard. Usually you won’t see any progress or growth within the first year. Year one is really all about building your library. And the third advice I would give is, when you’re creating every video you create, try to mimic someone that you really look up to that already has their format down. It’s okay to copy them in the beginning because you’re just starting out. 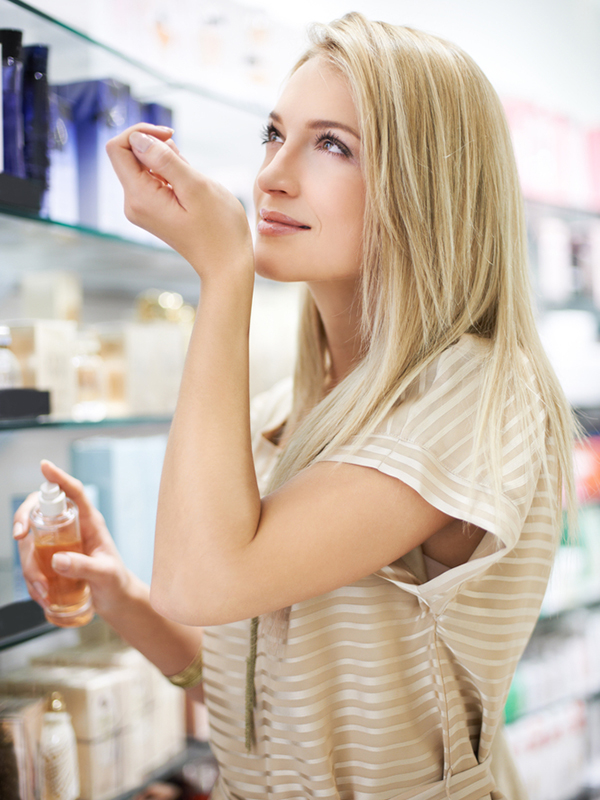 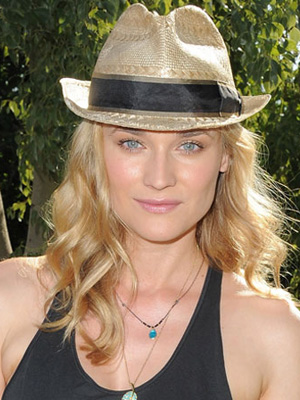 The Best Hair and Hat Combos 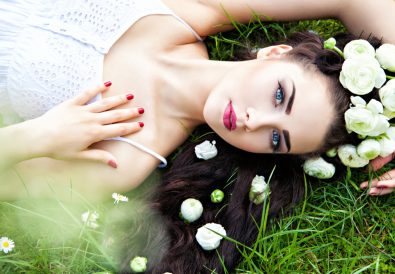 The Wedding Planner: All Things Beauty