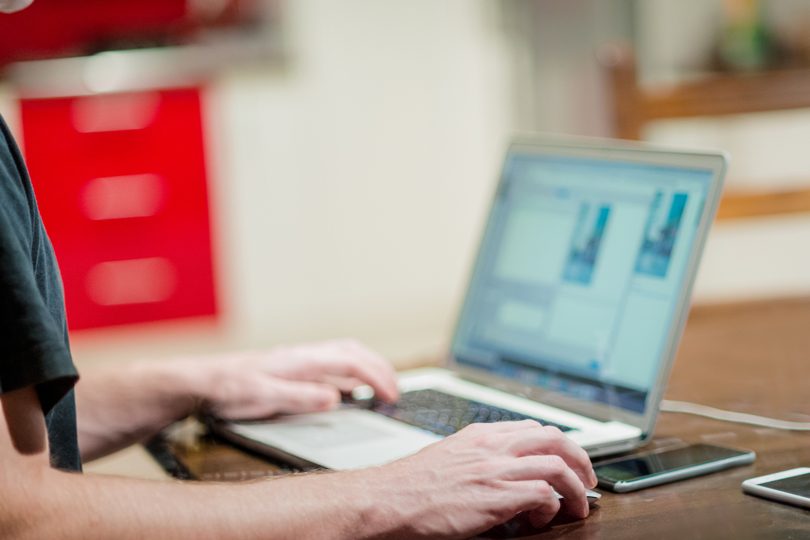 The universal rule of being an adult human who works for a living is that by 2 p.m., it will feel like you’ve been working for six days without sleep. And, if you’re anything like me, you’ve tried everything: you’ve drank coffee with lunch. You’ve drank coffee and caffeinated-anything-else with a chocolate bar. You’ve eaten lunch outside. You’ve eaten lunch next to a window to make it seem like you’re eating outside. You’ve skipped lunch (and gotten even more tired). You’ve run errands, you’ve skipped the afternoon entirely (don’t worry, I didn’t say anything), you’ve stayed later to try and trick yourself into thinking you’re actually working way harder than you may be.

And nothing. At 2 p.m., you will inevitably look at the clock and scream, “Why is it always 2 p.m.?!” And the answer? Because life is cruel, and why would time ever work in our favor.

So because I know what it’s like to eat lunch and to look at your list of things due over the next one to 24 hours and to sob silently, knowing the only option you have is to finish them because that’s how having a job works, I have prepared a list of ways to make the day go by faster. Or, more specifically, to make it seem like you are exactly as productive as you need to be.

Unnecessary walks anywhere
Sometimes when I’m at home and sitting in front of my computer, I begin to curse the invention of chairs because I’m so desperate to procrastinate that I’ll curse anything. So I get up and make up a reason to do anything. I decide now is the time for laundry. I decide I should take the stairs and walk down to the car and throw out the chip bag I left on the seat the day before. I walk to my bedroom to inspect how well I made the bed. I walk to the bathroom because it’s important to take regular bathroom breaks. I walk to the fridge, where I look inside and wonder why I haven’t learned to buy groceries in bulk instead of buying only what I need for a single meal (see: one pack of hotdogs). And then I walk back to my think, smile to myself and think, “Exercise.” And now it’s already 2:02.

Finishing any snack or beverage
Don’t ask me the logic, but whenever I have to put a can or bottle in the recycling bin I think to myself, “My productivity is dazzling.” And it’s somehow magically three hours later.

Unnecessary errands
Please see above, but add temporary distance between you and your desk. The day before yesterday, I rose from my kitchen table, grabbed my keys and wallet, and walked across the street to buy a chocolate bar because “I deserved it.” Which was true: today, I spent a solid three minutes counting the spare change I’d thrown in a cup at the top of my closet. I have almost enough to make an entire roll of quarters. And now it’s almost three (minutes past 2:10 p.m.)

Making a spreadsheet
With eons of workday left and a mountain of work to get through recently, I found joy in making a spreadsheet I absolutely didn’t need to create, and certainly didn’t need to colour code (which I did). However, I’ve never felt so productive in my life. And while it meant I had to panic and rush for the rest of the afternoon because I was now very behind in the work I was contractually obligated to complete, I avoided feeling like the day would never end by alphabetizing the last names of people whose birthdays were coming up. (You’re welcome, friends.)

Creeping your enemies on social media
I can’t even begin to explain the rush of adrenaline that comes with thinking you’ve liked the photo of a person you don’t know or even really like from 2016. Anything you do after realizing you did not will feel like a gift. (However, if you did like the photo, work won’t matter anyway because you will be forced to start a new life with a new identity, far away from whatever city you live in.)

Reading this piece
You’re welcome, and I love you. Now know that if you end up sharing it, that will deduct another 14 minutes from your day because tweeting the perfected caption is an art that takes time. Particularly if it’s a tweet that compliments both me as a person and my work as a writer because to find something that straddles both poetically can be quite a challenge.

Mainly because there are so many nice things to say about me. And if you want to simply make a list of those, you’ll find that it’s suddenly midnight by the time that you’re done.