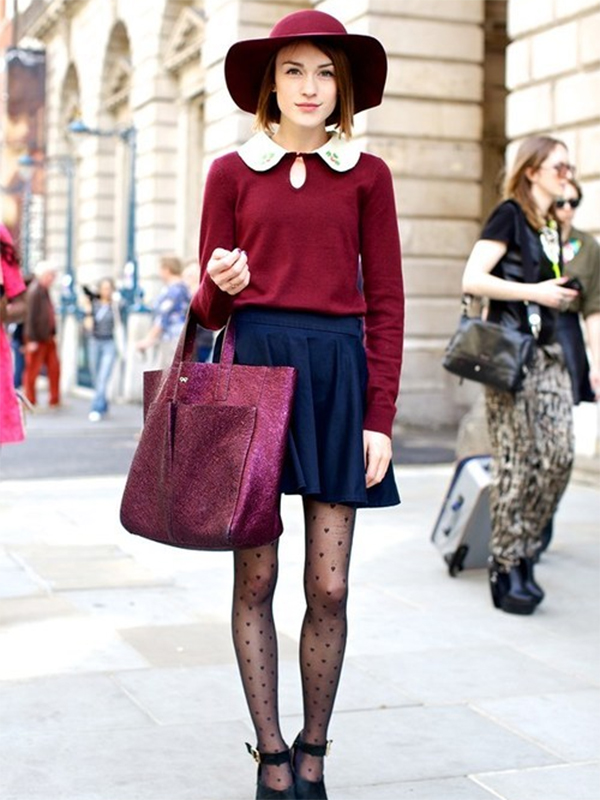 It’s hard to believe that we’re already looking at 2012 as something that’s happened; like it’s the past. But alas, here we are, and furthermore, we are fuelled by nostalgia so that we can go into this trend retrospective with glee. So let’s not waste time! Here are the 10 biggest trends of 2012 that you may either take with you next year, or look back on and ask yourselves, why?

1. Peplum
It’s hard to slam a trend that defined an era (unless it is parachute pants, and that era is the late 1980s), but not everyone warmed to the peplum resurgence. However, designers like Jason Wu and Stella McCartney channeled the ˜50s and early ˜60s staple, which seems to have enough longevity to bring itself into 2013. 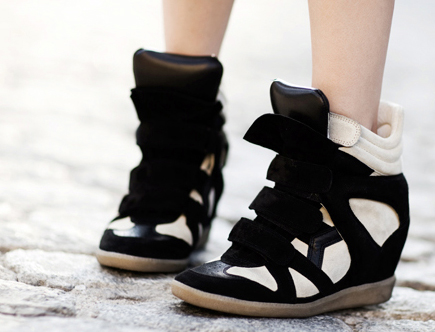 High tops weren’t enough for designers like Isabel Marant who took the sneaker style and combined it with wedge heels to bring us a platform hybrid. Will they stick around? Well considering neon is once again popping up in 2013 collections, your novelty footwear seems to be safe.

3. Neon
Like we said! As if retro appreciation holds no bounds, neon was seen everywhere and on anyone from spring until September. Extra points awarded if you opted to colour block.

4. Peter Pan collars
2012 was a year of looking backwards, which is why the ˜60s trend of Peter Pan collars popped up (but not worn popped up), everywhere from Top Shop to H&M. Not only that, but the more embellished the better: while a white collar with a black sweater looks fine, it can’t top a sequined collar with any sweater, let’s be serious.

5. Embellishments
But sparkles on collars weren’t the only things we wanted to see “ evidently, there couldn’t be enough embellishments anywhere. Button-up shirts were adorned with studs, while simple sweaters saw metal hardware in the place of plain fabric. That’s how retro trends and even modest looks were brought into the 21st century. 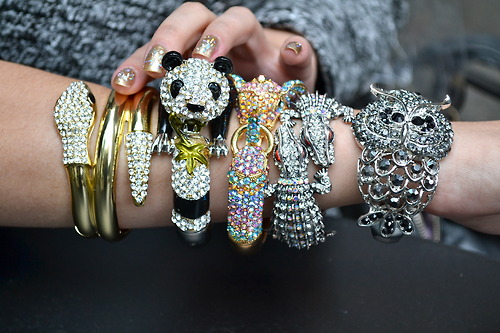 It wasn’t a party unless you were hoarding accessories, and thanks to bloggers like The Man Repeller’s Leandra, 2012 gave you permission to channel your inner Iris Apfel. The more bracelets the better was the motto of this year, and rightfully so: even small steps like wearing several bracelets granted permission to stop caring about what other people thought, and embrace what you really like.

7. Defined, structured silhouettes
We really paid homage to the mid-20th century, and when fall rolled around, that homage got real. In place of looser, billowy looks of spring and summer, came tailored, structured styles influenced by ˜50s and ˜60s silhouettes. Pencil skirts, fitted sweaters, button-up blouses, and high-waisted trousers helped build F/W wardrobes, and look to be sticking around come spring and summer of next year. 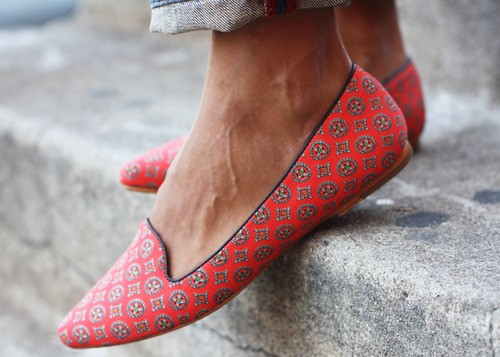 Flats are a permanent staple of any wardrobe, but even they get a makeover. Piggybacking off the richer, more textured looks of fall and winter were smoking slippers; a look that eclipsed ballet flats and even oxfords for a preppy, dressier feel. The only downside? Never shall they see the light of day come winter: since more are made of suede or fabric, they’re the token indoor shoes.

9. Detachable collars
No, no “ not chokers. (Never chokers, unless you are Kristen Cavallari in the first season of Laguna Beach.) These detachable styles actually helped capitalize on the Peter Pan collar and embellishment trends, but could be worn with anything. They still, can, actually: since some of the biggest trends of this season revolve around jewel tones and jewels themselves, a collar can help you embrace both without going over budget.

10. Heavy, substantial jewelry
This year, it wasn’t good enough to have just a necklace “ you needed several (at least if you were planning on making the most of this particular trend). Heavy, bejeweled, and even metallic necklaces were worn alongside heavy bracelets and rings, making 2012 a year where no one shied away from statement making.

Related Content:
– The Do’s and Don’ts of Neon Accessories
– The Baroque Trend: How to Wear It
– Accessories Overload! 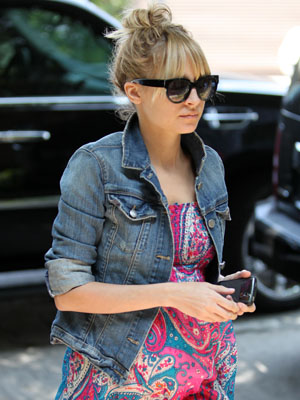 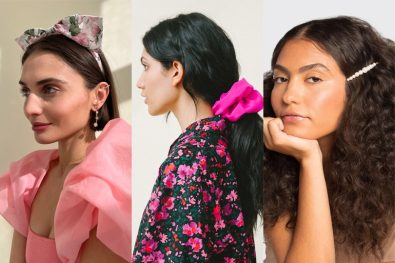 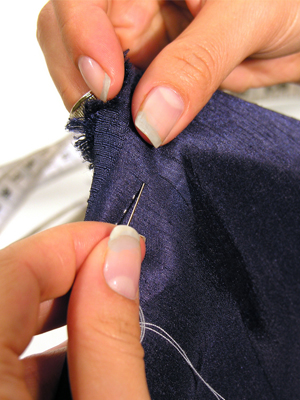