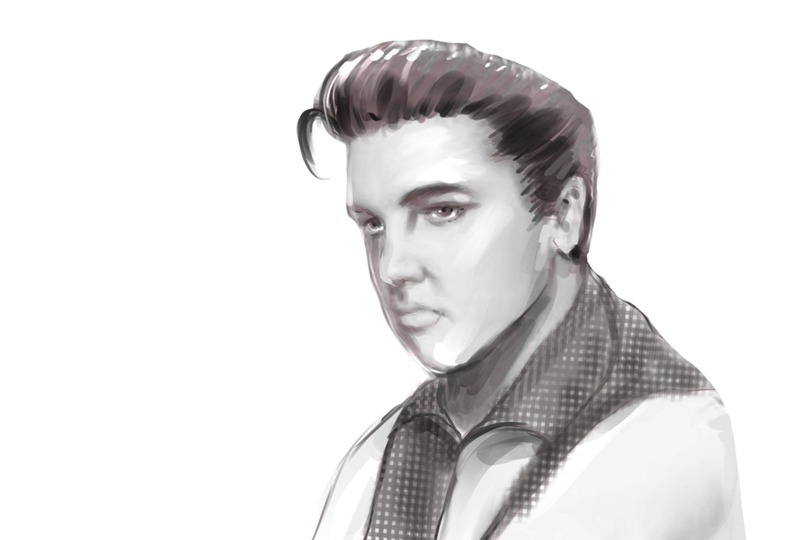 Part of an ongoing series of 29Secrets stories, taking a deep dive into the history of legendary beauty products and iconic fashion and pop culture moments

Throughout his legendary career, Elvis Presley had an extensive cultural impact. According to Rolling Stone, “It was Elvis who made rock ’n’ roll the international language of pop.” He single-handedly changed the course of music and culture in the mid-1950s and today he is remembered for a lot of things – including his iconic jet-black hairstyle, which began as a ’50s quiff before evolving into the ’70s style with those serious sideburns. But did you know that The King coloured his hair black and that he was actually a natural blond? It’s true. Here’s the scoop on Elvis Presley’s iconic black hair, why he coloured it and what he coloured it with throughout the years. (Warning: you’ll be left saying, What!?)

Background
Elvis Aron Presley was born on January 8, 1935, in Tupelo, Mississippi (he later changed the spelling of his middle name to the biblical form of Aaron). Tragically, his identical twin brother, Jesse Garon (sometimes spelled Jessie), was stillborn. He regularly spoke about his twin throughout his life, and also the importance of his family and religion. Elvis was deeply devoted to his parents, especially his mother, Gladys, and was raised to have a strong faith in God. He attended the Assembly of God Church with his parents, where gospel music became an important early influence for him.

Elvis’s family was dirt-poor and lived in a two-room shotgun house in Tupelo that his father had built, until the entire family relocated to Memphis, Tennessee, in November 1948 when Elvis was 13 years old.

Elvis, who received no formal music training and could not read music, studied and learned to play by ear. He had his first taste of musical success when he won a talent show at Humes High School in Memphis, and within a few years he had met producer Sam Phillips at Sun Records, a local blues label. Phillips decided to take the young performer under his wing and soon young Elvis began touring and recording, trying to catch his first big break.

There were a number of early recordings, but Elvis gained traction with “That’s All Right” (a cover of blues singer Arthur Crudup’s 1946 song), which was ultimately his debut single in 1954. He quickly rose to fame in the mid-1950s, mastering pretty much every genre – rock ’n’ roll, country, blues, pop and not forgetting gospel – and ruled the radio. Of course, he went on to become one of the biggest names in rock ’n’ roll history, with hits like “Jailhouse Rock,” “Hound Dog” and “Love Me Tender.” He also starred in hit movies including Blue Hawaii (1961) and Viva Las Vegas (1964), to name a few. 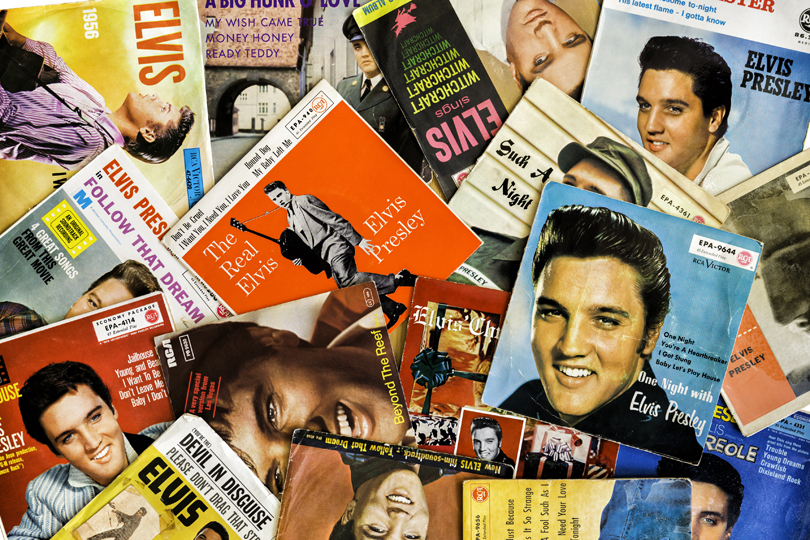 And now, for the scoop on Presley’s hair colour
Elvis Presley was born blond-haired with blue eyes. In his late teens, his natural blond hair did begin to go a bit darker to a dirty blond or light brown shade, but nowhere near the dramatic shade that we all know so well.

“Memphis Mafia” member Jerry Schilling – who was just 12 years old when he met a 19-year-old Elvis during a touch football game in Memphis – wrote about The King’s hair during that first meeting in his 2006 memoir, Me and a Guy Named Elvis: My Lifelong Friendship with Elvis Presley.

“His hair,” Schilling wrote, “though impressively combed, was an average-looking sandy brown – not the dyed, jet black that would become so familiar later on.”

During Elvis’s late teens and young adult years, he began to dye his hair black with black shoe polish as an alternative to hair dye, which his family could not afford. He also grew out his sideburns, which was considered a bit scandalous at the time.

Later in his life, when the money started rolling in, Elvis opted to colour his hair with a mix of over-the-counter hair dyes: Miss Clairol 51D and Black Velvet/Mink Brown by Paramount. That’s why almost every single photo you see of him (with the exception of childhood photos) features super-dark black hair.

There is one portrait of Elvis as an adult with his natural blond hair colour that can be found at the base of the staircase in the entrance hall of Graceland.

“This picture was actually done in Texas when Elvis was in the army [in 1958],” Graceland archivist Angie Marchese shared during a recent virtual tour of Elvis’s Memphis mansion. “They didn’t allow him to dye his hair while he was in the army. That’s why his hair went back to its natural colour.”

Elvis served in the United States Army from 1958 to 1960; when he was discharged, he immediately began colouring his hair back to jet black.

Elvis’s obsession with black hair extended to Priscilla
Elvis was, of course, famous for his jet-black hair, and when she was younger, so was his wife, Priscilla Presley, née Wagner. When the couple married on May 1, 1967, at the Aladdin Hotel in Las Vegas, Priscilla looked stunning with her long, black hair framing her face. But her hair wasn’t naturally black either; it was a light brown. However, Elvis was so obsessed with his hair being black that he made Priscilla dye her hair black before their wedding. 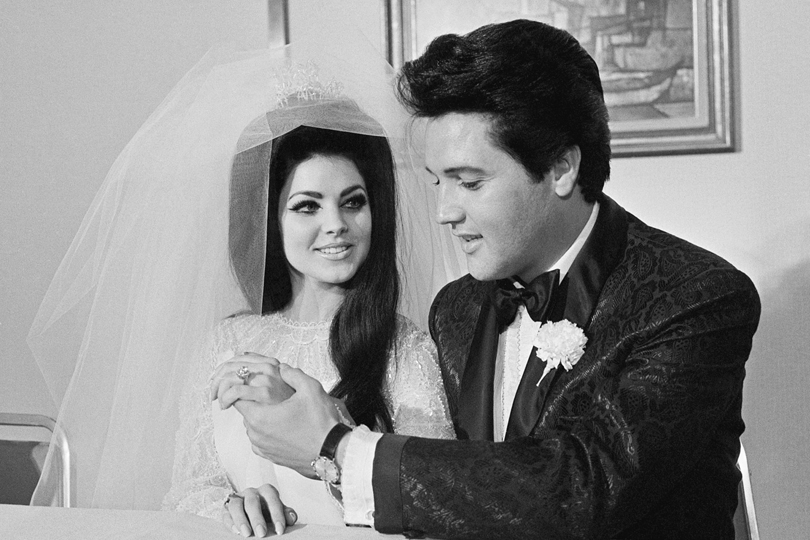 In a 2015 interview with This Morning, Priscilla revealed that it wasn’t always her choice to dye her hair black.

When the interviewer commented on how the couple looked alike when they were younger because of their matching hair colour, Priscilla confessed that Elvis actually persuaded her to dye her hair black, and for a rather unexpected reason.

“He did want me to dye my hair black when I was young so we could look alike a little bit,” she said.

He also wanted her to tease it as much as possible.

“Elvis insisted that [Priscilla] dye her hair jet black to make her blue eyes stand out more and have it teased high into a beehive do,” Sonny West, Elvis’s former bodyguard, wrote in his 2007 memoir, Elvis: Still Taking Care of Business.

Speaking to Today in 2017, Priscilla explained her early memories of Elvis.

“It started out really with his voice,” she said. “People loved his voice. When he sang, it was like he was singing to you.”

“He wasn’t bad to look at either,” Priscilla added. “Everyone had a crush on him. They’re still having crushes on him. He was truly beautiful. He woke up beautiful. I used to stare at him. I used to look at him and go, ‘Oh my gosh.’”

Priscilla and Elvis separated on February 23, 1972 (their divorce wasn’t finalized until October 9, 1973), just five years before the singer died of a heart attack on August 16, 1977, at his Graceland home in Memphis. Since then, Priscilla has changed up her hair colour a few times, sticking with a red shade in recent years.

Everyone has an opinion on Elvis’s hair
Some fans have claimed over the years that Elvis dyed his hair black as a tribute to his beloved mother, Gladys, who also had dark hair. However, Elvis was already regularly colouring his hair jet black when his mother died on August 14, 1958. The jet-black shade he favoured simply contrasted sharply with his ice-blue eyes, which made for a memorable bad-boy look that turned heads and ensured he was more photogenic on-screen.

“He thought it brought out his facial features better on film,” according to Graceland’s Marchese.

Presley’s cousin Billy Smith gave his own assessment of why The King dyed his hair. Speaking in 2017 on the Memphis Mafia Kid YouTube channel, he said: “Someone told him his eyes were so blue and all that, [so] if he had dark hair it would make his eyes stand out.”

Last year, Elvis’s former girlfriend Linda Thompson, who dated the star from 1972 to 1976 after his separation from Priscilla, told Reel Talker that The King didn’t use gel (as many have speculated over the years) but would keep his hair in place with hair spray. “He dyed his hair black for drama,” she said.

Joanie Shoofey – who dated The King in the ’50s before marrying the president of the Las Vegas International Hotel, where the star performed his residencies – remembers Presley’s mischief with black hair dye.

“He used to mess up his suite so bad,” Shoofey told Presley expert Billy Stallings Spa Guy on his YouTube channel. “We had to redo it every time he was there. They all dyed their hair and [there was] black dye all over the walls.”

Taking care of business
The black hair was Elvis’s idea, but Larry Geller, who in 1964 opened Hollywood’s first high-end hair salon for men (serving clients like Marlon Brando, Steve McQueen and Rock Hudson), was instrumental in helping Elvis maintain his hair for a number of years during the height of his fame. Geller became Elvis’s personal hairstylist for a number of years and helped colour his hair (using the mix of Miss Clairol 51D and Black Velvet/Mink Brown by Paramount) every couple of weeks to ensure that it stayed the same colour and consistency. Geller has also talked to a variety of publications through the years about caring for Elvis’s hair: Geller washed his hair on a daily basis, massaging his scalp at length each time to keep the scalp and hair healthy, and switched up hairsprays on a regular basis to avoid buildup and to get the best results with Elvis’s evolving pompadour.

Geller told Yahoo Beauty in 2015, “I used to go to the health food store and get a benign base shampoo and get some vitamin capsules and pour 99 per cent pure aloe vera and other herbs into it, and shake it up. That’s what I used on Elvis’s hair. He said to me, right from the get-go, ‘You can do whatever you want with my hair, but one thing – make sure I keep it!’”

Elvis’s instructions make sense. After all, his perfectly coiffed jet-black pompadour – like many other things in his life – became a key, recognizable part of who he was and how he is remembered to this day. 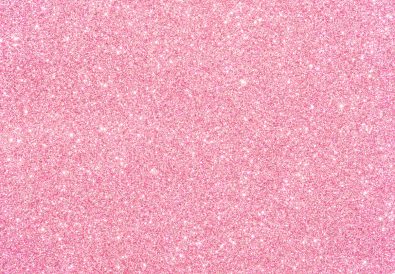 How to Add Millennial Pink to Your Makeup Bag

How to be Beyoncé 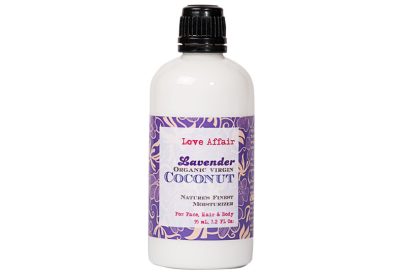