THE STORY OF: Botox, The Drug That Changed The Face Of Everything 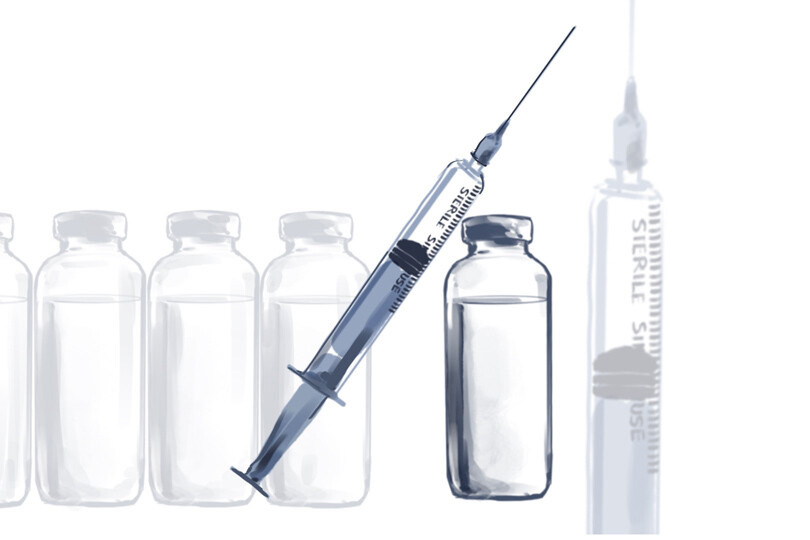 Whether or not you use Botox, there’s a good chance you know someone who does. Since officially hitting the cosmetic injectable market, the neuromodulator has become part of our everyday vocabulary, and ultimately has become something of a pop culture phenomenon.

Botox (and lesser-known rival brands like Dysport) is a drug made from botulinum toxin, a neurotoxin produced by the bacterium Clostridium botulinum. Botulinum toxin is a natural protein that reduces the electrical activity of overactive nerves; it has been used successfully for decades in both adults and children as an injectable drug for the treatment of many medical conditions including chronic migraines, overactive bladders, twitching eyes, neck pain, muscles spasms, sweaty palms, excessive underarm sweating…the range of conditions for which doctors are now using the treatment is overwhelming.

But when you hear the word Botox, you probably think of its cosmetic uses, like smoothing out the wrinkles and fine lines on the face – mainly crow’s feet, frown lines and forehead lines – that make us look older, more tired and a whole lot angrier. Those little injections have become so popular that they are now considered the most common cosmetic procedure conducted in facial cosmetic clinics across North America.

Here’s the story of how a poisonous toxin became a blockbuster treatment for everything from wrinkles to migraines to depression.

What is Botox?
While technically a brand name, Botox is commonly used to refer to any injectable form of botulinum toxin type A. Botox Cosmetic was the first brand to use botulinum toxin for cosmetic purposes, which is why so many people simply refer to the treatment as “Botox” when in fact a lot of clinics may not even use the brand. Other common brands that use the muscle-relaxing product include Dysport, Azzalure, Xeomin, Bocouture, Myobloc and Jeuveau. Each is a little different, particularly when it comes to dosage units, so they aren’t interchangeable.

The origins of everyone’s favourite elixir of youth are decidedly less glamorous than one would expect. After all, botulinum toxins are best known for causing botulism, a rare and sometimes fatal illness that can lead to muscle paralysis. Yes, it’s a deadly toxin we’re injecting in our faces – perhaps the deadliest on earth.

How does it work?
Ingested in contaminated food, botulinum toxin can interfere with key muscles in the body, causing paralysis and even death. But when injected in tiny doses into targeted areas such as a facial muscle, the nerves there are blocked – rather, their synapses are blocked – by the drug. So when your brain tells a particular muscle in your face to move, the botulinum toxin effectively blocks that signal and keeps the muscle from moving. Ultimately, the injected muscles can no longer contract, which causes the wrinkles to relax and soften, and also helps prevent new ones from forming. The drug starts to take effect over the course of a few days, and within a week you’ll have noticeably smoother skin.

The cosmetic dose depends on the patient’s muscle mass, age and sex, but it’s typically less than 100 units. Patients can expect to resume their normal daily activities right after the procedure and need to return for follow-up injections within three to six months to keep the wrinkles away. Adverse side effects are extremely uncommon.

A brief history of botulinum toxin
In 1820, German poet and physician Justinus Kerner published the first comprehensive and medically accurate study of what would later be known as food-borne botulism. Kerner’s description of botulism was based on extensive clinical observations of a series of devastating outbreaks in Germany that were suspected to be caused by bad sausages. The so-called “sausage poisoning” study dealt with prevention and treatment of the illness, while also suggesting that the poison could be therapeutic in small doses. “A lot kills, a little cures,” wrote Kerner.

Another 75 years would elapse before the toxin-producing Clostridium botulinum would actually be discovered. In 1895, Emile van Ermengem correctly described it as the bacterial source of the toxin. The Belgian bacteriologist made the discovery after studying a fatal outbreak that was linked to a batch of tainted ham served at a funeral, where 34 attendees were poisoned after eating partially salted ham.

In the years following World War II, medical innovation in North America expanded by leaps and bounds. Among the many discoveries from this period is the first recorded use of botulinum type A to control muscle spasms, in 1953. After continued success as a treatment for people suffering from uncontrollable muscle spasms, the 1960s brought further research and development of botulinum toxin for other therapeutic medical uses.

In 1978, American ophthalmologist Alan B. Scott began a trial for the use of botulinum toxin A to treat crossed eyes (strabismus) and eye twitching (blepharospasm). While testing on monkeys, the researchers noticed that botulinum toxin reduced wrinkles in the glabella, the area of skin between the eyebrows and above the nose. Ten years later, pharmaceutical company Allergan acquired the rights to distribute the drug, marketed first as Oculinum, and began conducting additional trials. Shortly after, Allergan rebranded Oculinum as Botox.

Discovery of the toxin’s cosmetic applications, and the modern history of Botox and other brand-name injectable neurotoxins, is an accident and a tale of off-label innovation. Richard Clark, a plastic surgeon from Sacramento, California, was the first to document a cosmetic use for botulinum toxin. He published his findings in the medical journal Plastic and Reconstructive Surgery in 1989. After this initial study, further trials found uses for the toxin as a solution for frown lines and other facial wrinkling.

Around the same time, in the late 1980s, Vancouver-based ophthalmologist Jean Carruthers was using botulinum toxin injections to treat people with a tight eyelid condition (blepharospasm) when one patient got angry with her. The patient wanted to know why Carruthers hadn’t given her an injection near her inner brow. Carruthers explained it was because she wasn’t spasming there, but the patient was insistent. “Every time you treat me there, I get this beautiful, untroubled expression,” she said. Carruthers brought the discovery to her husband, dermatologist Alastair Carruthers, and together the couple devoted their time to experimenting with their wrinkle-relaxing discovery, publishing their first study in 1992.

The brand Botox Cosmetic as we now know it – the cosmetic treatment to temporarily improve the appearance of moderate to severe lines and wrinkles – officially hit the market in 2002, when the U.S. Food and Drug Administration (FDA) finally gave its stamp of approval. Subsequently, the treatment received FDA approval for a variety of medical and cosmetic uses…and since then, Botox injections have gone on to become the world’s most popular non-surgical cosmetic treatment, with millions upon millions of procedures performed each year around the globe.

The changing face of Botox
Botulinum toxin has come a long way since cosmetic surgeons first integrated it into their practice. These days it is used not only to freeze muscles that cause wrinkles on the face, but to actually manipulate the face’s structure.

“Initially Botox was used only for softening and managing lines, frowns, worry lines and crow’s feet,” explains plastic and reconstructive surgeon Dr. Stephen Mulholland of SpaMedica in Toronto. “But over time, with selective uncoupling of muscles that can pull down your face, Botox could also be used to shape the face: lift a brow, elevate a droopy nose, lift droopy cheeks and improve neck angles.”

As the cosmetic options have expanded, so has the customer demographic. Skin-smoothing injections aren’t just for women or men of a certain age who are turning to the needle to banish those little lines and imperfections. Botox fans are getting younger and younger thanks to the “preventative Botox” trend.

Not all doctors believe in using botulinum toxin as a preventative, but advocates argue that strategically relaxing certain facial muscles can interfere with the formation of wrinkles in their earliest stages, usually when the patient is in their mid 20s to early 30s.

“The average age of patients seeking out Botox has changed dramatically in the past decade,” says Dr. Mulholland. “The average age has decreased 10 years in 10 years – the average age is now 31 years old; 10 years ago it was 41 years old. The interesting thing is, these cosmetically focused millennials realize that the book is often judged by the cover, and the reality is that if you start young you will never develop crow’s feet or worry lines.”

The drug that’s treating everything
Though it’s best known for smoothing wrinkles, Botox has repeatedly stunned the medical community for its seemingly endless applications. It almost feels greedy to expect Botox to have any more tricks up its sleeve, and yet new and innovative medical applications continue to pop up. The drug is approved for numerous medical conditions and several cosmetic ones by Health Canada and around the world, and Allergan holds close to 800 more patents for other potential uses of the drug. In fact, more than half of the company’s revenue for Botox Cosmetic comes from its therapeutic uses.

Such off-label use is legal because once a drug has been approved for a condition, licensed physicians are legally allowed to prescribe it for any medical issue they think it could benefit, regardless of whether there’s proof it works for that condition.

Dr. Mulholland sees the future of Botox as having a renewed focus on its therapeutic roots. He is also awaiting the arrival of new neurotoxins that will last longer, or alternatively act immediately and last shorter times.

“We could even see the arrival of a topical Botox [which could be applied externally rather than as an injection] that may also have some line-softening effects.”

Big business
The treatment once regarded as desperately vain is now seen as standard cosmetic maintenance. Botulinum toxin injections have become so popular that they are now the most common cosmetic procedure conducted in facial cosmetic clinics across North America. In 2019 alone, Botox topped the list of cosmetic minimally invasive procedures, with 7.7 million injections around the world – the highest number to date. The global botulinum toxin market was $4.83 billion USD in 2019, and it’s projected to reach $7.71 billion USD by 2027, according to a report by Fortune Business Insights.

Last year, Allergan celebrated its first-ever National Botox Cosmetic Day on November 20, 2019. The holiday, admittedly nothing more than a marketing ploy, was chosen to commemorate the most popular treatment day on record in the United States.

“Since its approval for cosmetic use, millions of people have received Botox, and there are still millions more who want to try it,” says Carrie Storm, senior vice president of marketing for U.S. medical aesthetics at Allergan. “National Botox Cosmetic Day is meant to celebrate this iconic product that has become a part of American culture and educate consumers who want to learn more.”

The number of people who haven’t had Botox still greatly exceeds those who have…but that gap continues to shrink. Botox is a great starting point for facial rejuvenation if you’re finding yourself spending a little more time looking in the mirror lately and are contemplating a few tiny injections.

Of course, despite the safety of these treatments for patients of any age, it is still very important to seek out a certified cosmetic surgeon or doctor, to avoid any potential complications. 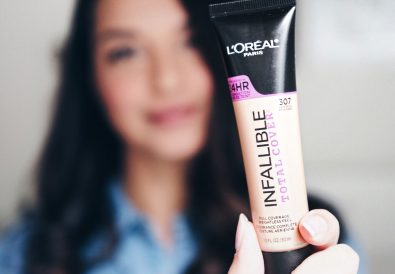