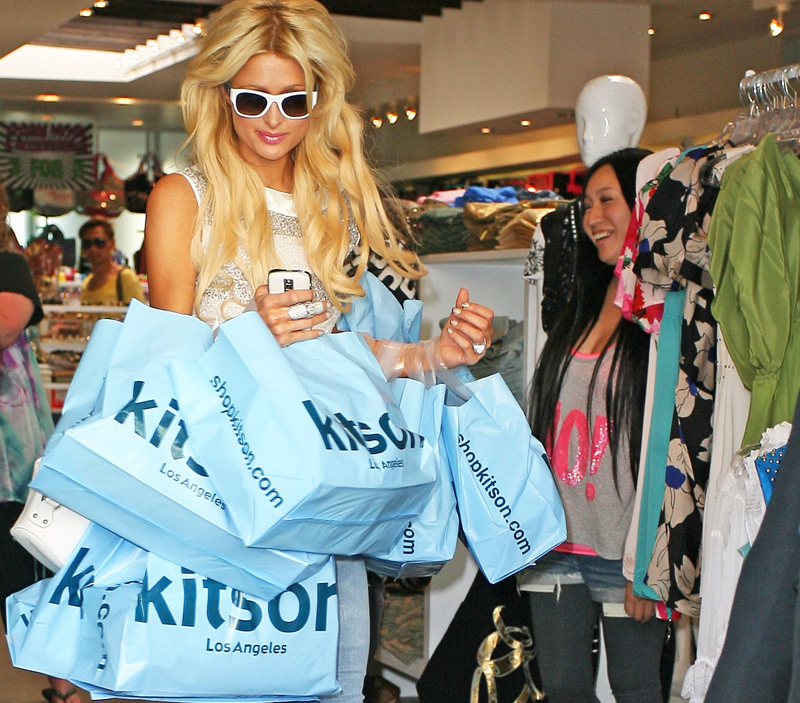 You guys remember the 2000s, right? I mean, barely. For the most part, we’re all obviously blocking out the past because of the onslaught of seashell necklaces and polo shirts worn six at a time. But guess what: a huge part of the naughties aesthetic has disappeared forever.

According to Vogue, Kitson — an LA boutique frequented by the likes of Paris Hilton once upon a time — is closing its 17 stores and its shutting its website down, officially marking the 2000s as a time long since passed. (RIP.)

For a little refresher, Kitson opened in 2000 and became a go-to for Paris and Nicky Hilton, Nicole Richie, Lindsay Lohan, Jessica Alba, Britney Spears, and even Reese Witherspoon (as well as stars of The Hills and Laguna Beach, as is the way). You might also say they’re responsible for making Juicy Couture the thing it was, once upon a time — and as highlighted by Vogue, the store’s bags were often accompanied by celebrities holding Starbucks and avoiding the paparazzi.

But sadly, all things must end (usually), and come 2013, the chain wasn’t doing so great — though for the record, Racked says that they’re in talks with a few interested parties who might be able to keep it afloat. Which brings me to my next point: fashion history, regardless of how questionable it was and how much it may upset us to remember now, is still history, right?

I mean, look. I’m not saying we all start shopping at Kitson because it’s 2015 (almost 2016) and up until reading about the chain’s backstory, I was completely unaware that it was the genius behind the Juicy craze of 2004. But! But: it’s still a huge part of fashion history. And while we may all like to pretend we didn’t fall into the trap of dressing like the stars of The Simple Life, we 100% did, and it’s ridiculous to try and escape our respective pasts. So, controversial as this stance may be, why not make sure one stays open? I say this because our generation tends to romanticize nostalgia in a big way. And while a chain can’t survive on that type mentality, a museum can. Or a boutique that offers background into the brands and their effects as well as pieces from the series that made them so popular. Exhibits. Limited edition anniversary releases.

Like, let’s be serious: tourists love pop culture. And if we started recognizing mainstream fashion as just as much a part of popular culture as their high-end counterparts, we’d probably be able to preserved a few brands at least for history’s sake.

That, or I’m trying to justify an exhibit dedicated to The Simple Life. Which I’m also not denying.

How To Wear a Band Tee

Welcome to the Daily Whisper!